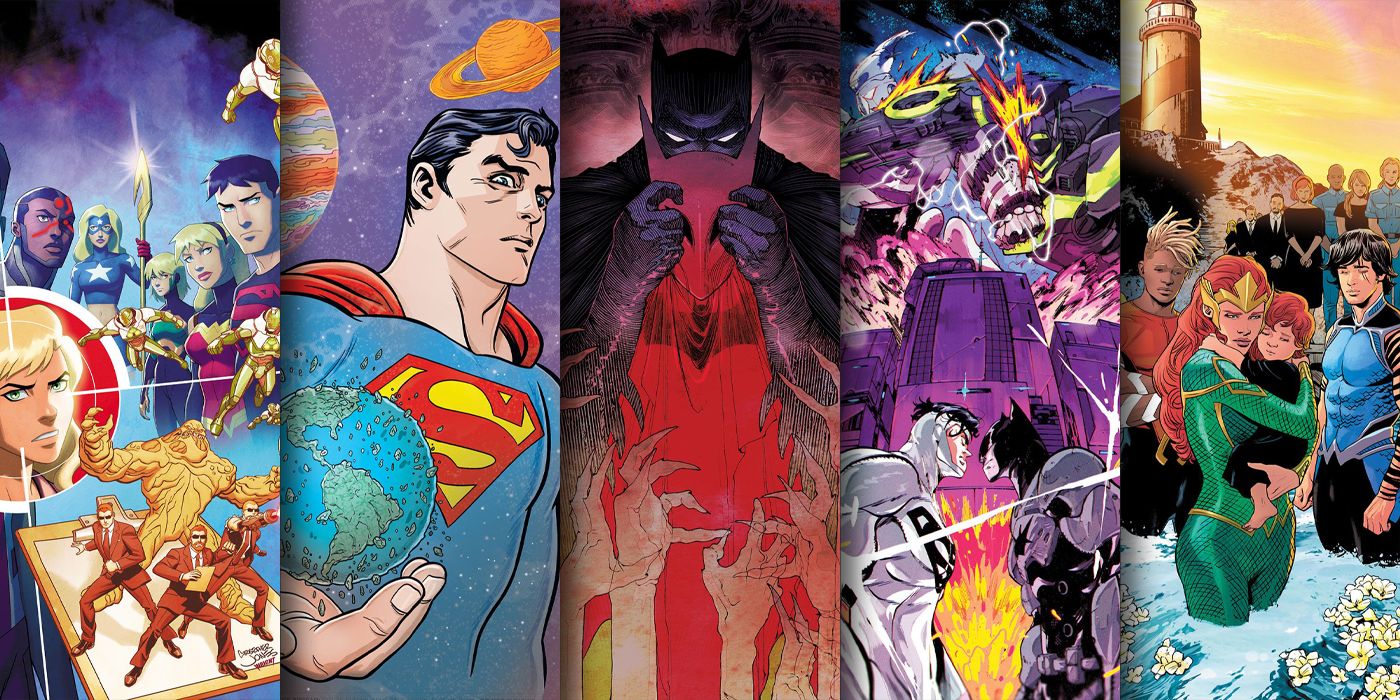 Detective Comics #1062 marks the debut of a new creative team for the title, with other DC releases spotlighting Superman, mechs and more.

After the Bat Family fought to uncover the mystery behind Arkham Tower in the “Shadows of the Bat” event and the Dark Knight’s latest bout with the Riddler, award-winning writer Ram V. and artist Rafael Albuquerque are taking over the title with Detective Comics #1062. The issue kicks off the four-part “Gotham Nocturne” arc for the series, which will turn Gotham City into a “gothic opera,” according to solicitations, with Batman forced to face haunting music and demons throughout his city. The new Detective Comics issue is not the only release from DC on Tuesday though.

DC is also launching two new series with the debut of DC: Mech #1 and Superman: Space Age #1. The former title reimagines the DC Universe to give its heroes colossal battle mechs, and the series’ first issue is set to deliver a brawl between the mech’s of Superman, Batman and the Flash. As for the latter Space Age, it will focus on Superman in the ’60s as he tries to grapple with an Earth that seems “determined to destroy itself” during this era.

Other notable mentions for Tuesday include the finales of both Batman: One Dark Knight and Aquamen, which will tackle the fallout of Arthur Curry’s death in Justice League #75 and serve as a Dark Crisis on Infinite Earths tie-in. Meanwhile, Damian Wayne is set to reunite with his girlfriend in Robin #16, and Young Justice: Targets #1 is printed for the first time after its digital release. The full list of new releases can be found alphabetically below, covers and solicitations included.

All of these issues go on sale July 26 from DC Comics.

The Lord of the Rings: Gollum Has Been Delayed