Despair, lack of progress at climate talks, yet hope blooms 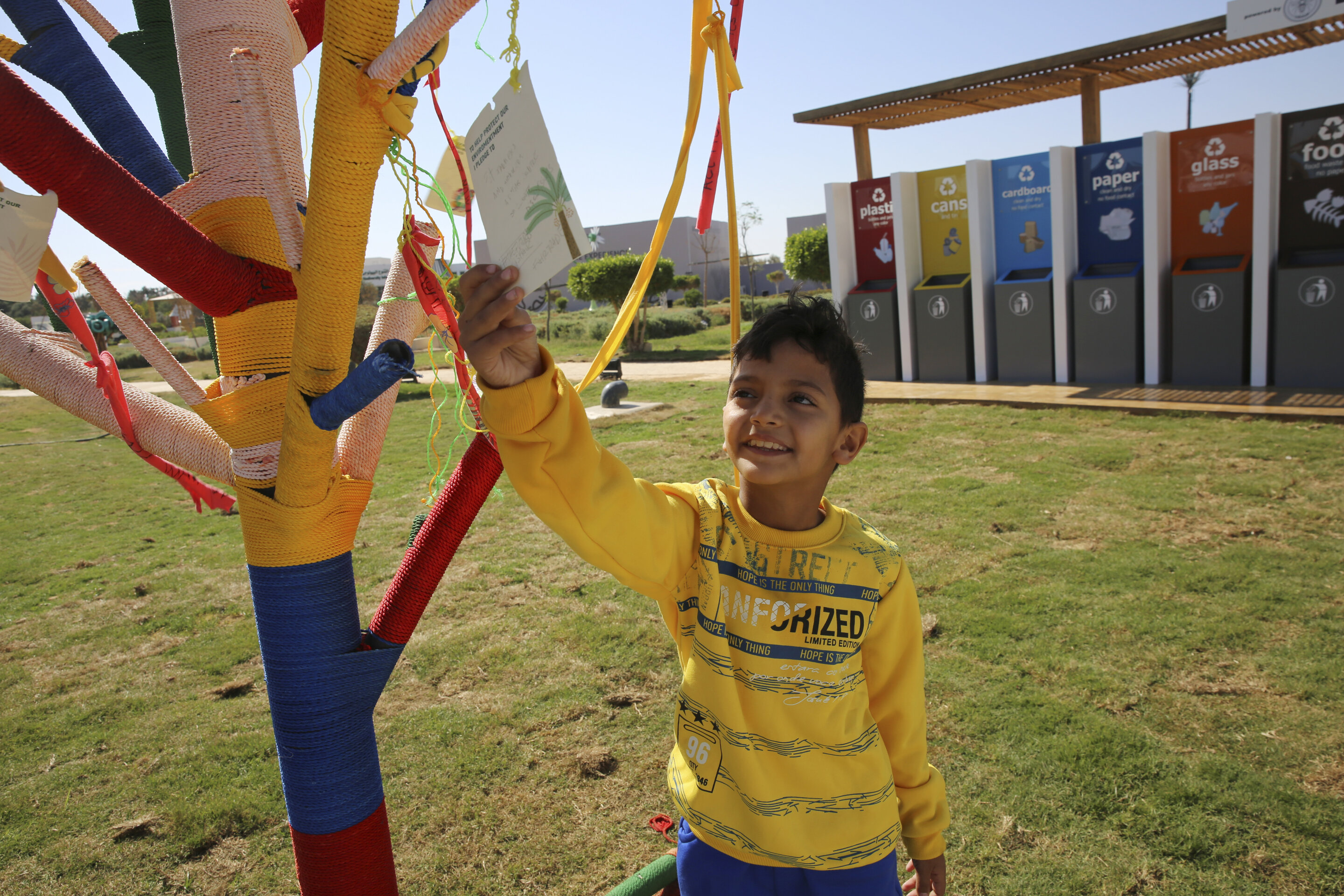 It’s a desert, where little grows. It’s a climate conference, where water is scarce inside buildings and out, lines are long, tempers are short, meetings go late and above all progress comes in one-drop drips.

Yet hope springs forth in the strangest places.

Not in the naïve new face, but in the hearts and minds of veteran activists and officials, who have gone through this frustrating sleep-depriving exercise, not once or twice but numerous times.

And it blooms in a odd metal “tree” sculpture in a center square here at the United Nations climate summit in Egypt. People write their hopes on green paper leaves.

“Hope is the only meaning (sic) that makes us ALIVE!” Mohamed Ageez, an Egyptian youth activist wrote.

And Christiana Figueres, the former U.N. climate secretary who helped forge the 2015 Paris agreement and then started a non-profit called Climate Optimism, sees hope not as a noun but an action verb.

“Hope is a verb with its sleeves rolled up,” Figueres told The Associated Press, quoting poet David Orr. “I think of hope and optimism as being very active and in fact being precisely the reason why we roll up our sleeves.”

Asked how he doesn’t despair after seeing heat-trapping emissions rising year after, Gore told the AP: “Despair is a big word. You know, they used to say denial ain’t just a river in Egypt. Here we are in Egypt and despair ain’t just a tire in the trunk. It’s a real factor. But we also have the basis for hope.”

He pointed to several political wins this year.

“In August, the U.S. passed the biggest climate legislation in history,” Gore said. “In September, the people of Australia made a historic change and agreed to become part of the leadership in the world toward renewable energy. And then in October, just days ago, the people of Brazil made a decision to stop destroying the Amazon and start fighting the climate crisis.”

“When people feel vulnerable to climate despair, I urge them to look at the real progress that is being made.”

Whenever United Nations environment chief Andersen feels down in these meetings she takes note of what’s happening all around her in the pavilions and offices: “In these halls, you will see people huddling over solutions over networking, saying ‘Here’s what we did. Maybe you can do that’.”

“So when people say it was a complete failure and there’s no hope, I say, just look around at every single face here,” Hayhoe said. “There are tens of thousands of faces here, and every single one of them just about wants to change the world.”

That tree of hope?