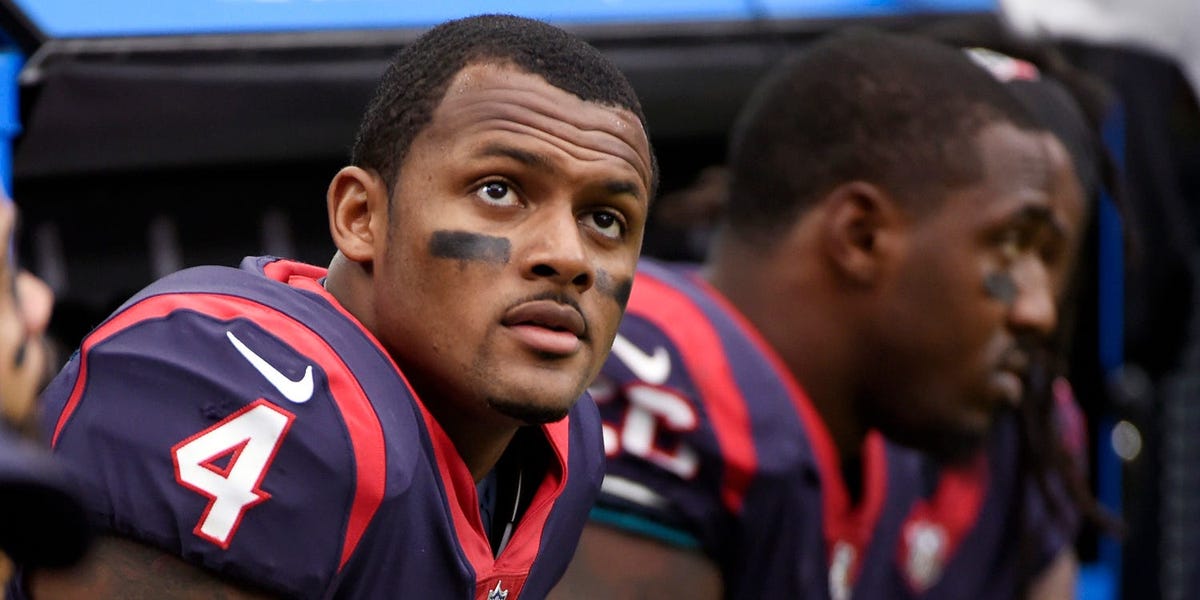 Cleveland Browns quarterback Deshaun Watson has settled all but four of the civil suits brought against him that accused him of sexual misconduct.

Attorney Tony Buzbee — who is representing a number of unnamed plaintiffs — announced Tuesday in a statement that 20 of the 24 cases against Watson, that “started with one phone call, from one brave and strong woman,” have been settled.

“Today I announce that all cases against Deshaun Watson, with the exception of four, have settled,” Buzbee said in the statement.

The statement said that once paperwork for the settlements has been completed, the cases will be dismissed.

The news of the settlements comes after a new report from The Washington Post that the NFL wants a lengthy suspension for the quarterback who was accused of sexual misconduct by more than two dozen massage therapists.

According to the report, the NFL will seek a “significant” suspension. One person associated with Watson told the Post that they believe the NFL will argue for a season-long suspension.

Watson was accused of making unwanted sexual advances and forcing the women to touch his penis after hiring them for a massage. Two grand juries in Texas chose not to bring charges against Watson.