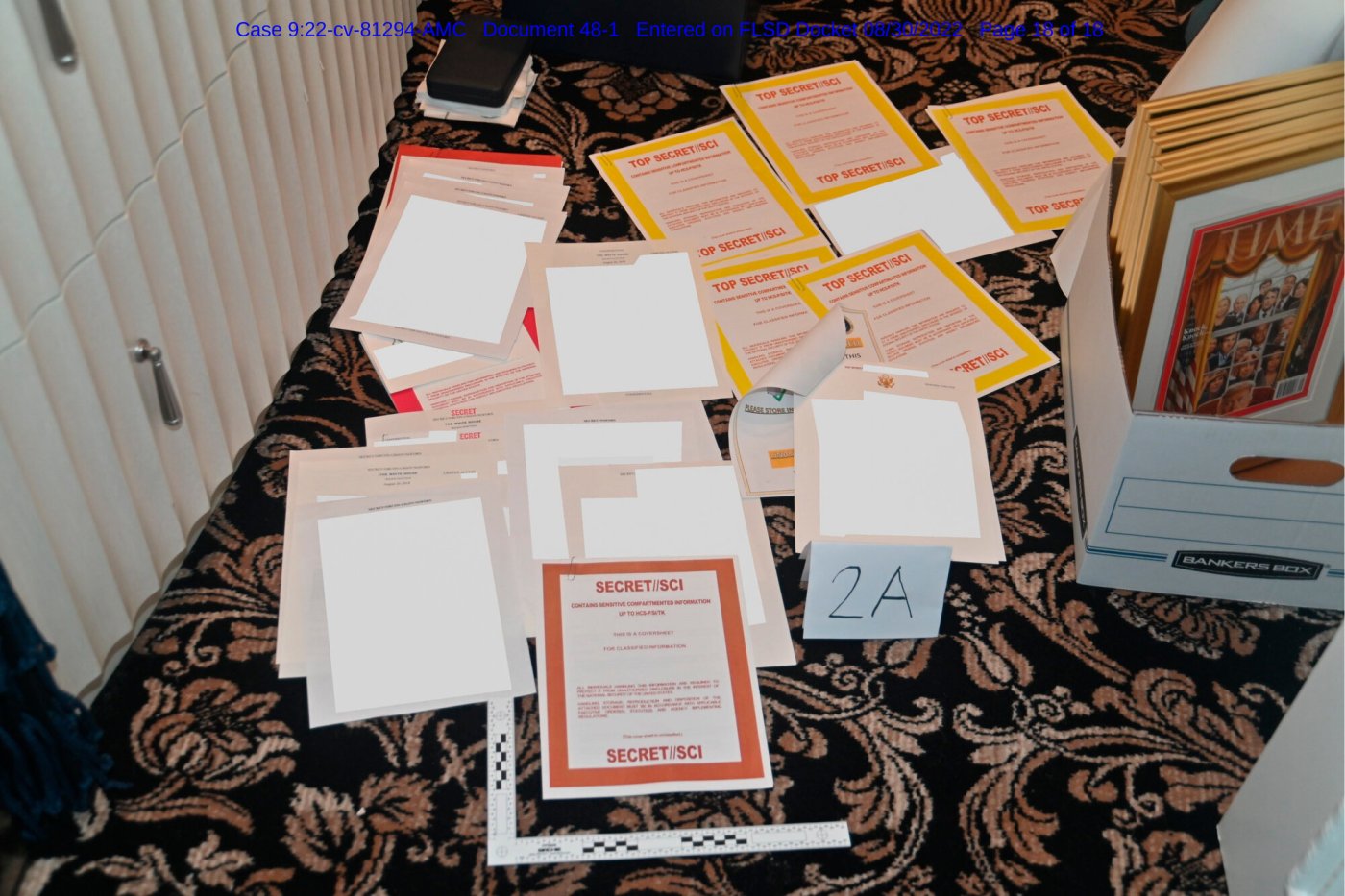 WASHINGTON — The Justice Department is preparing to appeal a judge’s decision granting the appointment of an independent arbiter to review records seized in a criminal investigation by the FBI from former President Donald Trump’s Florida home.

Citing national security concerns and other factors, the department also asked U.S. District Judge Aileen Cannon to put on hold her directive prohibiting it from using the seized classified records for investigative purposes while it contests her ruling.

“Without a stay, the government and public also will suffer irreparable harm from the undue delay to the criminal investigation,” department lawyers said in a motion Thursday in which they announced their intent to appeal the order to the Atlanta-based 11th U.S. Circuit Court of Appeals.

The 21-page Justice Department filing lays bare the government’s concern about the impact it believes will be caused by the judge’s order, which temporarily halted core aspects of its criminal investigation, and its continued objections to the planned appointment of a “special master” to conduct an independent review of the records taken from Mar-a-Lago. Already, the department said, the intelligence community has paused its separate risk assessment that the judge had permitted to continue because of “uncertainty regarding the bounds of the Court’s order.”

The department gave the judge until next Thursday to stay her original order, saying it would otherwise file its appeal. Though such an appeal will almost certainly result in further delays to its underlying investigation, the department made clear throughout its motion its belief that it would be “injured” beyond repair if the judge’s order was permitted to stand.

The Justice Department has been investigating for months what it says was the unlawful retention of national defense information at Mar-a-Lago as well as efforts to obstruct the probe. It is not clear whether Trump or anyone else will face charges.

Reacting to Thursday’s motion, Trump renewed his attacks on the entire investigation.

“So now the FBI and Biden Department of ‘Justice’ leakers are going to spend Millions of Dollars, & vast amounts of Time and Energy, to appeal the order on the ‘Raid of Mar-a-Lago document hoax,’” he tweeted.

The FBI seized more than 100 documents with classified markings during an Aug. 8 search of the property. Those records have been segregated from the thousands of non-classified documents that were taken, the department said.

The Trump legal team had asked the judge, a Trump appointee, to name a special master — in many cases, a lawyer or retired judge — to examine the seized documents to ensure that personal materials are returned to him and that any privileged records are weeded out from the rest of the investigation.

In a procedural win for the ex-president, Cannon granted that request and said she would appoint an arbiter to inspect the records and filter out any that may be protected by claims of attorney-client privilege or executive privilege.

She also directed the FBI to temporarily stop using those documents in its investigation until a report from the special master or “further court order.”

“The classification markings establish on the face of the documents that they are government records, not Plaintiff’s personal records. The government’s review of those records does not raise any plausible attorney-client privilege claims because such classified records do not contain communications between Plaintiff and his private attorneys,” the motion states.

It adds that “no potential assertion of executive privilege could justify restricting the Executive Branch’s review and use of the classified records at issue here.”

The ruling, if upheld on appeal, would be likely to substantially delay the criminal investigation though it seems unlikely to have significant long-term effects that would take the probe off course. The department said it did not interpret the judge’s order as a prohibition against interviewing witnesses about how the records were relocated from the White House to Mar-a-Lago and how they were stored — suggesting that at least that investigative work would continue. Nor did it think there was a bar against the department from briefing members of Congress.

“Even so,” department lawyers wrote, “the prohibition on the review and use of the classified records is uniquely harmful here, where the criminal investigation concerns the retention and handling of those very records, with the concomitant national security concerns raised by that conduct.”

The two sides were directed to submit proposed names of a special master by Friday. The department said it planned to “provide its views” by that deadline, and that its filing on Friday would confirm its plans to give the Trump team copies of all unclassified documents taken during the search and to return personal records that were not commingled with classified materials.

The department earlier in the week said that the seized records included “medical documents, correspondence related to taxes, and accounting information.”