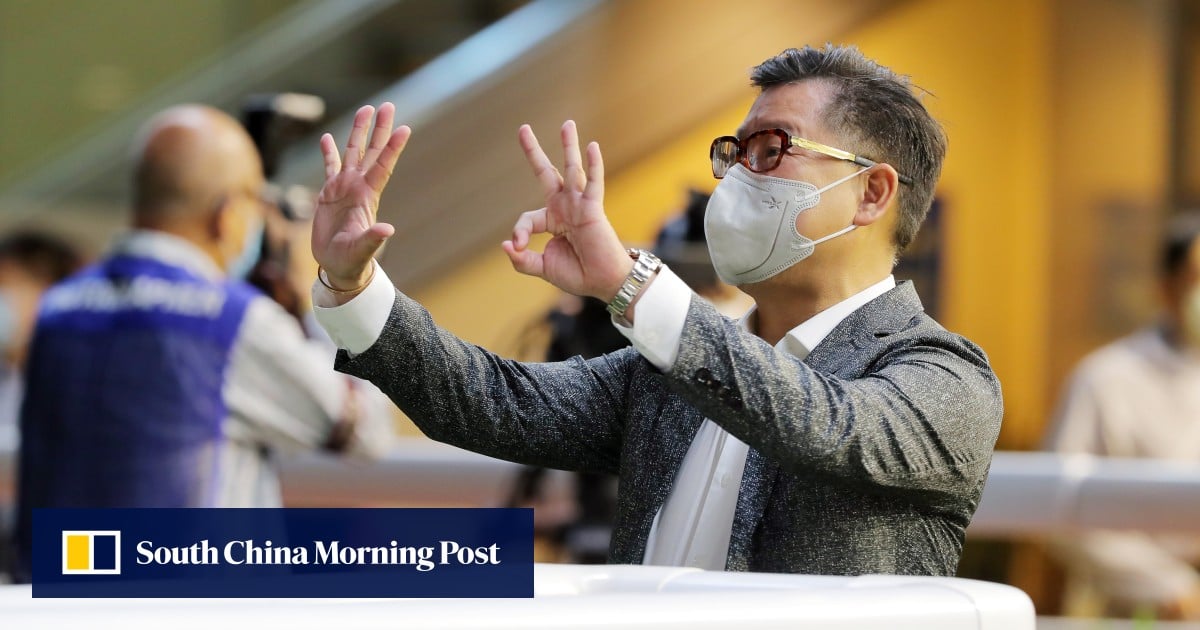 Yip reached the landmark with a quick-fire double at the city circuit, saluting with Sunny And Gold in the second section of the Class Five Island Handicap (1,200m) and Passing Fashion in the Class Five Shum Wan Handicap (1,650m).

The 55-year-old, who was Hong Kong’s 2012-13 champion trainer, said he was not surprised by his Class Five double and expects to have further success in the cellar grade before firing in higher-quality contests as the season progresses.

“No more Class Five quota already, but it’s OK,” Yip smiled, lamenting he had already used the two Class Five winners that count towards a handler’s tally in the Jockey Club’s performance benchmark for trainers.

“But I think no problem for me, because I have many new horses who have got ability. Later, my new horses will show something. But right now, I’m very strong in Class Five – I have got 14 or 15 Class Five horses at the moment.”

Sunny And Gold’s victory was a welcome one for jockey Antoine Hamelin, with the Frenchman getting off the mark for the season and tasting success for the first time since June 22.

“I’m very happy, I can’t wait for the first winner – it always comes too late,” Hamelin said. “The horse was in good form, the pace was good and everything worked out. Hopefully, I can have more winners now.”

While there was relief for Hamelin, it was jubilation for Matthew Poon Ming-fai, who took the riding honours on the night with his first treble since February last year.

Poon began his tear aboard Noble Steed before following up with victories on Happy Gathering and Adios to move to five winners for the season.

“All jockeys need some luck, and if you’ve got horses in good form and lucky draws, we all can get the job done. I’m very happy about tonight and I just want to keep going,” Poon said.

On a night when the Valley’s famed beer garden took a small step in the right direction after its lengthy Covid-induced slumber – there was one beer tent and something resembling a crowd – Noble Steed broke a drought that began even before the pandemic reached Hong Kong.

David Hayes moved to the outright lead in the trainers’ premiership later on the card, with his eighth victory of the campaign coming thanks to Sight Hero’s success in the first section of the Class Four Wong Chuk Hang Handicap (1,200m).

It was Luke Currie who steered Sight Hero to victory, with the Australian jockey ringing up a winner for the third consecutive meeting after his slow start to the term.

Currie senses opportunity after slog: ‘it makes it easier going to the races’

“It was a really good run last start. He just needed it, and he had a wind operation in the off-season, so it’s great to see him come back a better horse,” Hayes said. “It was a great ride by Currie, and that really helped him win.”

Jamie Richards unveiled his first Hong Kong runners at the midweek meeting but was unable to land a winner, with Rattan Kingdom’s second in the final event of the night his best result.

A Sneak Peek At Somebody Feed Phil The Book

A Box Office Misfire Everybody Fell in Love With Too Late…