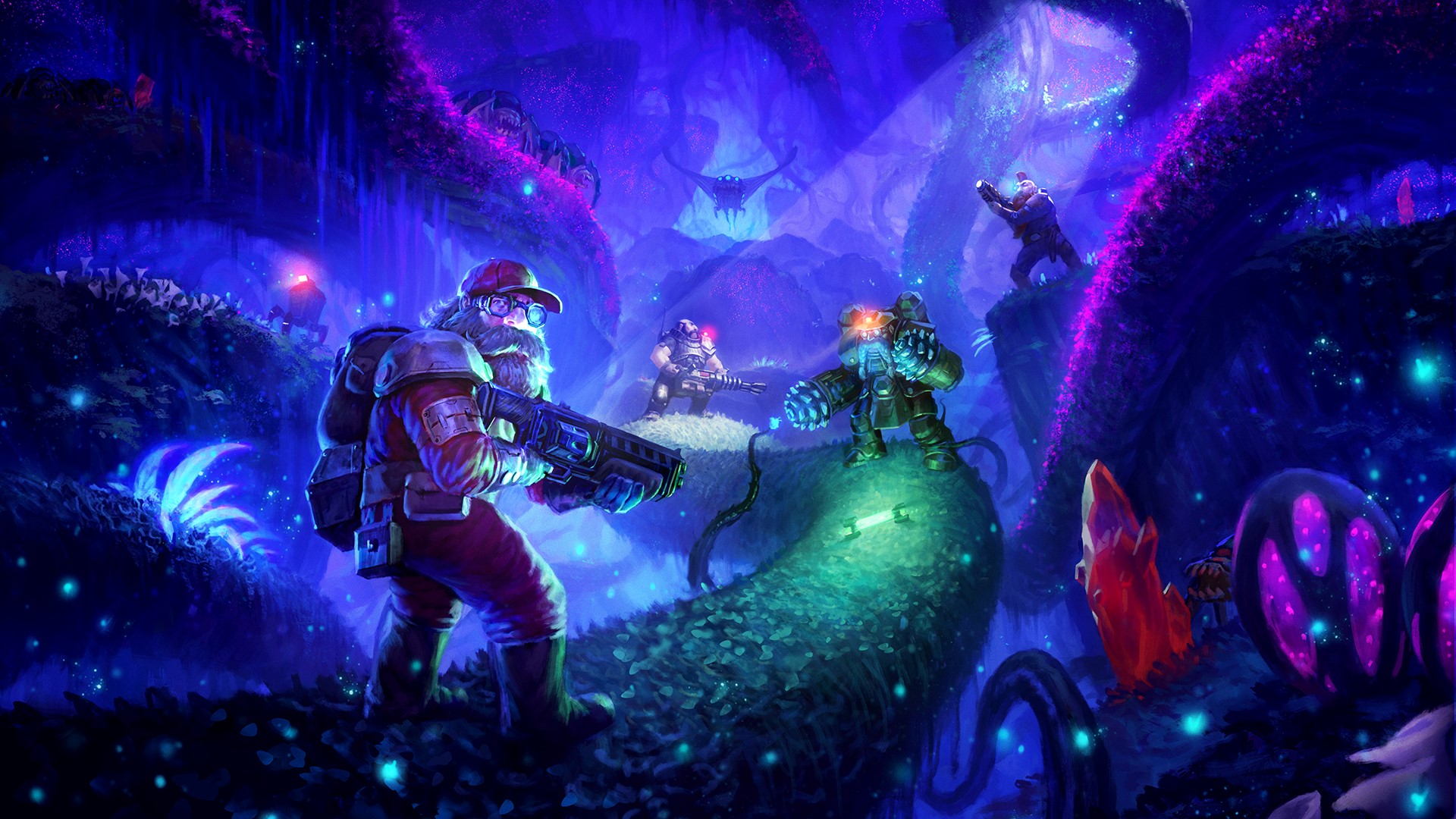 There’s a rich vein of new content on the way for Deep Rock Galactic, the co-op game about being a disturbingly expendable dwarf miner. Update 33 adds two new biomes, new missions to complete in them, and new enemies who will make your job harder than it already is. Let’s dig in, shall we?

The new biomes are the Azure Weald and the Hollow Bough. In the Azure Weald, you’ll be treated to a dazzling world full of bioluminescent neon, populated with the new Mactera Tri-Jaws and Mactera Brundles, which will attempt to eat your face (as well as your beard). The Hollow Bough is a more garden themed area, gloomy and full of twisted, thorny vines. Here you’re meet Deeptora Bough Wasps, which do unpleasant wasp things like swarming. There are also the irritable Stabber Vines, and you’ll just have to figure out how they got their name on your own.

Update 33 also brings with it some overhauls to several of Deep Rock Galactic’s core mission types. In Elimination tasks, you’ll be up against two new variants of the Dreadnought – there’s the Dreadnought Hiveguard and the twin Dreadnoughts, Arbalest and Lacerator. Again, you’ll work out how these guys got their names pretty quickly, we reckon.

In Salvage, you’ve got a new tool at your disposal – when you approach the broken M.U.L.E., you’ll be able to download the locations of its missing legs to your terrain scanner. That’ll make locating the things quite a bit simpler. The devs have also built in the ability to connect fuel cells to drop pods, using the fuel line system.

For Point Extraction, there’s a brand-new Minehead machine model to ogle, and it now fits in with some of the new kit introduced in the last update.

All this new stuff arrives February 4, which is when Ghost Ship Games and Coffee Stain have set the Update 33 release date. If you haven’t played Deep Rock Galactic yet, it’s available on Steam and on Xbox Game Pass for PC.

This Company Raised $40 Million To Make Tumors Reveal Themselves