Debt managers are upbeat on ‘belly’ of the yield curve 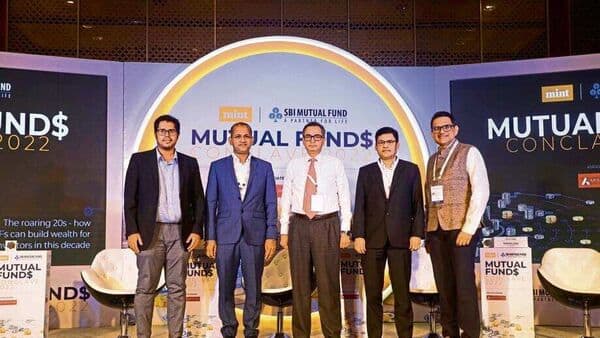 Investors would be better off focusing on the ‘belly’ strategy when it comes to debt investment, meaning investing in two or three-year securities amid the flattening yield curve, suggest India’s top bond fund managers. They said this would be the right time to shift out of the ‘barbell’ strategy.

In the barbell fixed-income strategy, the focus is on short assets such as money market funds as well as on 15-year or long bonds, but not much in the middle part or the ‘belly’ of the yield curve. It helps build a resilient investment portfolio in challenging times.

“Now, the yield curve is completely flat. If the yield curve is flat, it means that investors are not getting the benefit of the barbell,” said R Sivakumar, head-fixed income, Axis Asset Management Company. He was speaking during a panel discussion on the ‘outlook for debt fund investors as rates rise’ at the Mint Mutual Funds Conclave.

“The ‘belly’ is typically in and around the five-year segment. When we move from barbell to belly, what that means is you’re selling money market and long bonds and going into two-year or three-year bonds,” he said.

According to Mahendra Jajoo, chief investment officer – fixed income, Mirae Asset Investment Managers (India), “In India, the 10-year yield has gone up from 5.75% to 7.50% and now at about 7.30%, and the short-term rates have moved up as well. I think, right now it will be a perfect investment strategy to switch from barbell to belly. The market is also appreciating that which is why we are seeing traction in the target maturity index funds of roughly five-year maturity,” said Jajoo.

One key discussion in the fixed-income segment over the past two years has been credit risk aversion, which swept the industry after Franklin Templeton MF was forced to wound up six debt funds in April 2020 due to massive redemptions and illiquid portfolios. Rahul Goswami, chief investment officer – fixed income, ICICI Prudential Mutual Fund, said “Corporate balance sheets are in much better shape now. Second, the regulator has also acted promptly. A lot of de-risking has also happened for credit risk funds. We are seeing not much issuances, but quality issuances are getting lapped up pretty fast.”

Sivakumar, however, cautioned, saying, “While I still see some value there, the extraordinary value that we saw two years ago is not there.”

Talking about the recent regulations after rising interest in direct bond platforms to buy high-yielding debt, Ankit Gupta, founder, BondsIndia, said, “This is really a step in the right direction. What needs to be seen is how Sebi regulates the bond market in terms of supply, credit quality, etc.”

Denial of responsibility! My droll is an automatic aggregator of the all world’s media. In each content, the hyperlink to the primary source is specified. All trademarks belong to their rightful owners, all materials to their authors. If you are the owner of the content and do not want us to publish your materials, please contact us by email – [email protected]. The content will be deleted within 24 hours.
debt investmentDebt managersFixed incomeinvestorsmoney market fundspersonal finance
0
Share