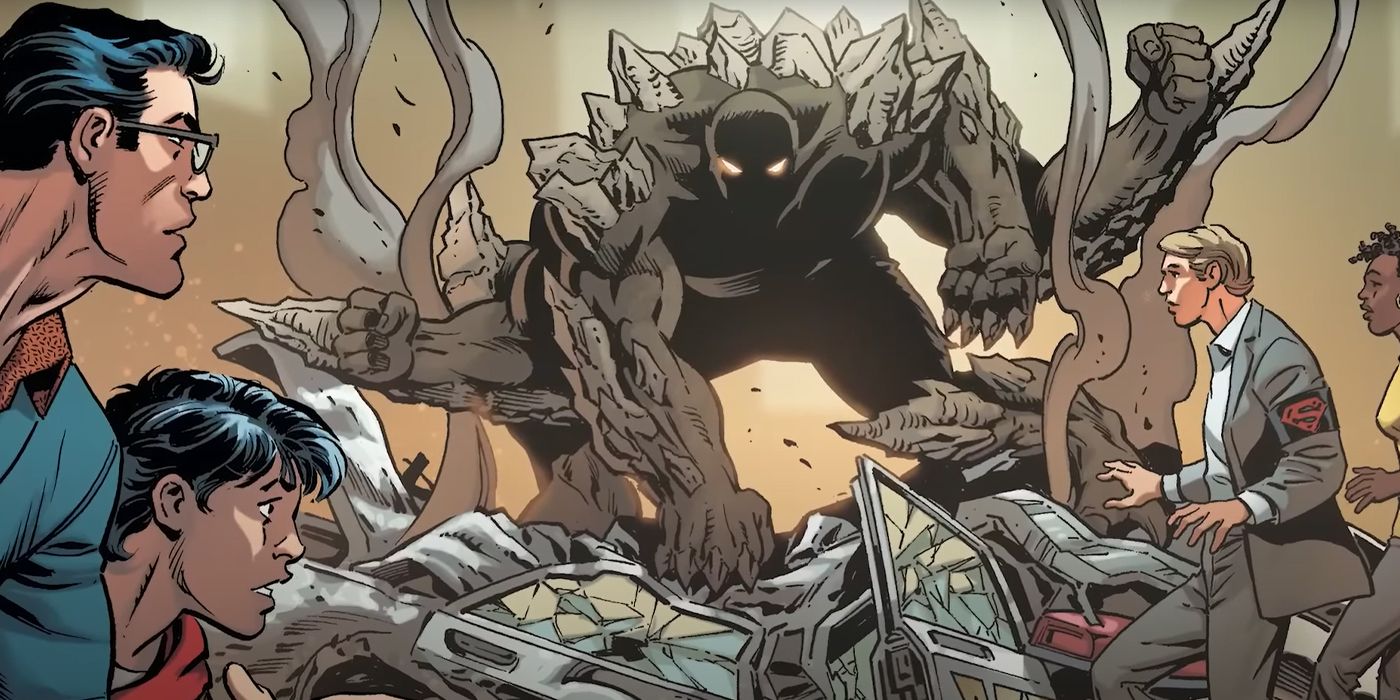 DC has released a trailer for The Death of Superman 30th Anniversary Special, spotlighting who the one-shot will focus on and its new villain.

In 1992, Superman was killed in a battle with the monstrous villain Doomsday during the iconic “Death of Superman” storyline. With the fall of one Superman came the rise of four others in the following “Reign of the Superman” story, which introduced readers to Cyborg Superman, Steel, Superboy and the Eradicator. Rather than merely retelling the events of “Death of Superman” and “Reign of the Supermen,” however, the trailer promises that the anniversary special will tell all-new stories focusing on Superman’s son, Jon Kent, and the perspectives of various DC characters from around the time that the Man of Steel died.

RELATED: Superman: 20 DC Characters Who Can Defeat The Man Of Steel Without Kryptonite

Jon Kent Learns About Superman’s Death for the First Time

After various creators explain “The Death of Superman” and how it not only killed the hero but also introduced Doomsday, writer Dan Jurgens discusses how his story in the special will focus on a young Jon learning about the day his father died. “It takes place a couple of years ago,” Jurgens says. “So, young Jon Kent is about nine or ten-years-old and one day someone comes into school and he’s wearing a black armband with the ‘S’ shield on it, and he said, ‘I’m here to talk about one of the most famous days in the history of Metropolis, which is the day that Superman died.’ And young Jon Kent sits there and he says, ‘What?!'”

Jurgens’ story, “The Life of Superman,” will debut Doombreaker, a massive new villain similar to Doomsday but with four arms and a larger physique. Jon and his father will have to team up to bring down Doombreaker, though their battle and discussion of when Superman died will only be one story in this anthology one-shot. As other creators mention in the trailer, there will be three other stories in the anniversary special focusing on the Guardian, Steel aka John Henry Irons and both Jonathan and Martha Kent.

RELATED: Superman Isn’t More Interesting Without Powers – It’s the Opposite

“Standing Guard” is brought to readers by Roger Stern, Butch Guice, Glenn Whitmore and Rob Leigh, and shows the Guardian’s perspective on Superman’s battle with Doomsday. “Time” by Louise Simonson, Jon Bogdanove, Whitmore and Leigh will instead focus on Irons during the massive battle. The final story, “Above and Beyond” by Jerry Ordway, Tom Grummett Dug Hazelwood, Whitmore and Leigh will revolve around how Ma and Pa Kent react to the death of their son.

In the trailer, Ordway says, “My first thought on [the anniversary special] was really to do something with Ma and Pa Kent. I thought of just the horrible aspect of being parents and watching– you know, nobody else knows that’s your son.”

The Death of Superman 30th Anniversary Special #1 releases on Nov. 8 from DC Comics, and will feature a collectible armband to celebrate the milestone just as the original storyline did.

7 Signs You Could Be Spending More of Your Retirement Money