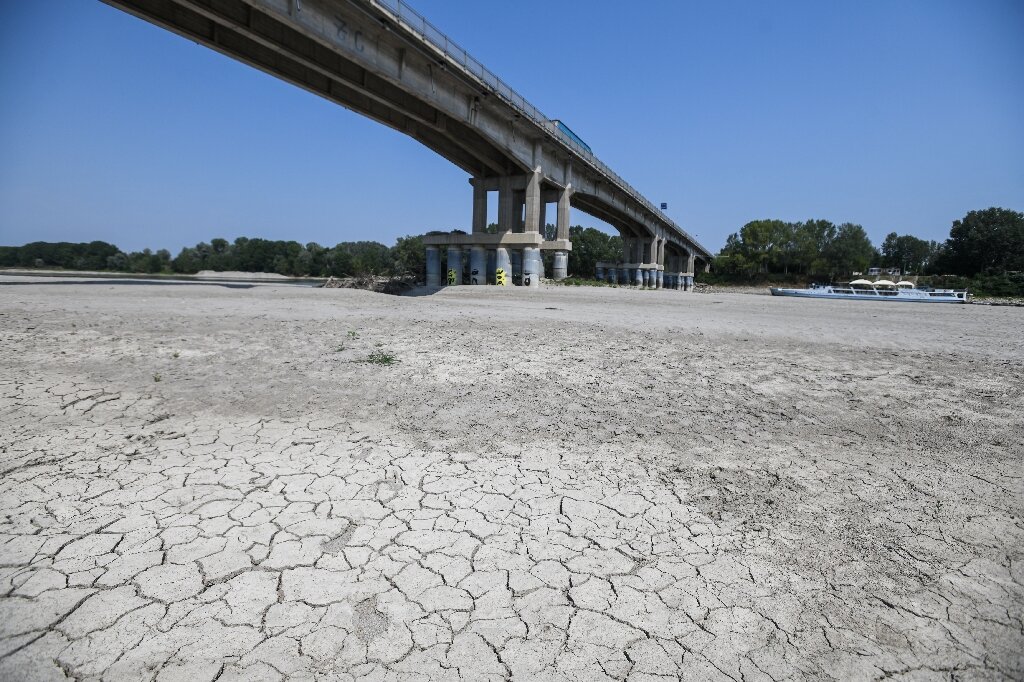 More frequent and intense heatwaves are the most deadly form of extreme weather made worse by global warming, with death tolls sometimes in the thousands, but they can also have devastating economic impacts too, experts say.

The prolonged and unseasonable scorchers gripping the central United States and rolling northward across western Europe, sending the thermometer above 40 degrees Celsius (104 degrees Fahrenheit), are likely to cause both.

Very high temperatures caused nearly 10 percent of the two million deaths attributed to extreme weather events from 1970 to 2019, according to the World Meteorological Organization.

Virtually all that heat-related mortality, moreover, has been since 2000, especially the last decade: from 2010 to 2019 scorching heat was responsible for half of 185,000 extreme weather deaths registered.

In Europe, heatwaves accounted for about 90 percent of weather-related mortality between 1980 and 2022, the European Environment Agency (EEA) has reported.

Heatwaves rack up economic costs as well, but they are harder to quantify than damage from a storm or flood, and more difficult to insure.

But extended bouts of great heat can result in more hospital visits, a sharp loss of productivity in construction and agriculture, reduced agricultural yields, and even direct damage to infrastructure. Excess mortality has an economic cost too.

The EAA estimates that heatwaves in 32 European countries between 1980 and 2000 cost 27 to 70 billion euros. The damages over the last 20 years—which included the deadly heatwave of 2003, with 30,000 excess deaths—would almost certainly be higher.

The national public health agency in France, which will be blanketed by extreme conditions over the coming days, has called heatwaves “a mostly invisible and underestimated social burden.”

In France alone, heatwaves from 2015 to 2020 cost 22 to 37 billion euros due to health expenses, loss of well-being and especially “intangible costs stemming from premature deaths”.

The heatwaves of 2003, 2010, 2015 and 2018 in Europe caused damages totalling 0.3 to 0.5 percent of GDP across the continent, and up to two percent of GDP in southern regions, according to a peer-reviewed study in Nature Communications.

This level of impact could be multiplied by five by 2060 compared to a 1981-2010 baseline without a sharp reduction in greenhouse gas emissions and measures to adapt to high temperatures, the study warned.

At sustained temperatures of around 33C or 34C, the average worker “loses 50 percent of his or her work capacity”, according to the International Labor Organization (ILO).

The ICO estimates by 2030 heatwaves could reduce the total number of hours worked globally by more than two percent—equivalent to 80 million fulltime jobs—at a cost of 2.4 trillion dollars, nearly 10 times the figure for 1995.

“Climate change-related heat stress will reduce outdoor physical work capacity on a global scale,” The UN’s Intergovernmental Panel on Climate Change (IPCC) said in its most recent synthesis report, noting that in some tropical regions outdoor work may become impossible by the end of the century for 200 to 250 days each year.

Both heatwaves and drought are a major threat to agriculture, and thus food security.

Long-term drought is agriculture’s worst enemy when it comes to extreme weather, but heatwaves can provoke major damage as well.

In 2019, a heatwave caused a nine percent drop in drop in maize yields across France, and a 10 percent decline in wheat, according to the French agricultural ministry.

A 2012 scorcher in the United States led to a 13 percent drop in maize production, and a sharp jump in global prices.

Heatwaves also have a negative impact on livestock production and on milk production, according to the IPCC.

‘Lollipop Chainsaw’ is making a comeback