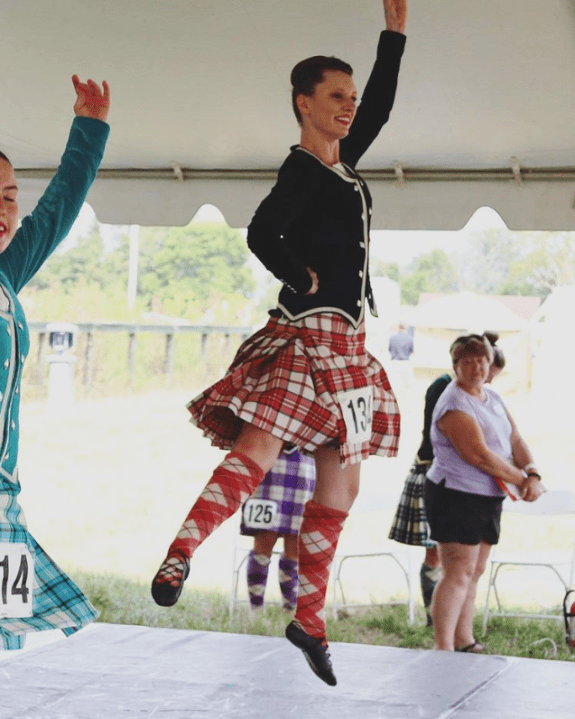 CLARKSBURG, W.Va. (WBOY) — Gabriele Pealer, a junior at Davis & Elkins College trained in Scottish highland dancing, visited Queen Elizabeth at the Balmoral Castle on Aug. 17 to deliver one of the last performances the queen would ever watch before her passing on Sept. 8.

“I completely feel the importance of being able to give that sort of experience to a person like her,” Pealer said. “But then I also feel like, for any person who died or passed on days after delivering a show for them, and they were smiling and clapping? That’s going to hit me. Hard. It doesn’t matter who it is.”

Pealer performed in the private show for the queen and her family alongside the Sons of Scotland Pipe Band, an Ottawa-based group Pealer met while she was performing at an international tattoo in Estes Park, Colorado last fall.

“One of the guys ended up saying ‘Hey, we’re looking for a dancer to come with us on this Scotland trip and we might meet the queen of England, would you want to come?’ So that was a very random, one-off thing that created this whole cascade of events.”

Originally, Pealer thought she wouldn’t be able to afford the ticket to Scotland, but her friend convinced her to try asking the president of Davis and Elkins College, Chris Wood, for help with funding the trip. Then, she reached out to the secretary who then arranged for a meeting between Pealer and Wood, who agreed to fund the trip.

“That’s never something I would have done on my own without my friend,” Pealer said.

Pealer said that in the past, the queen was known to take time to speak to members of the Sons of Scotland, who have performed for her on previous occasions, but that was not the case with her performance on the 17th.

“I’d heard she loved to talk with the dancers, but that didn’t happen at all. She was in and out. She talked with our pipe major Beth and I think two other people, a singer and our dance instructor, but she couldn’t talk to everybody,” Pealer said.

However, Pealer said it felt very special to her by potentially being one of the last performances the queen would ever see, saying she wanted it to be the best performance it possibly could.

Pealer said one of the things that stuck out to her about the performance was how welcoming and low-key the event felt.

“The chairs didn’t match, and it felt like a family performance, like something you would put on in your back yard almost. There wasn’t this super, superior type feeling from it, it was very welcoming.”

Pealer has been practicing highland dance for seven years and got her certification to teach the style of dance last year. She said she never knew highland dancing would take her in front of the queen, but then again, who would?

“I remember my dance teacher bringing out swords for our second lesson or something and thinking, ‘Okay… this is interesting,'” Pealer said with a laugh.

Pealer said she was hopeful that she would have the opportunity to perform for the queen again the following year, as the group was invited back to play again next year, but said that if the group’s performance gave the queen any amount of joy or eased any of her pain, that would mean the world to her.

When asked if there was one thing she would want to tell people about her experience in Scotland, she had this to say:

“I would say—and this is going to sound so cliche, but—to jump outside your comfort zone and to talk to other people. People you don’t know. So many little things added together to make that one 20-minute performance. Things that I could never ever have predicted would ever happen in my life.”

Pealer plans to graduate from D&E in the coming year with degrees in Biology and Chemistry.

Elton John pays tribute to Queen Elizabeth II during show in Toronto: “She will be missed”

If financial literacy between the sexes has levelled, what’s holding women back?