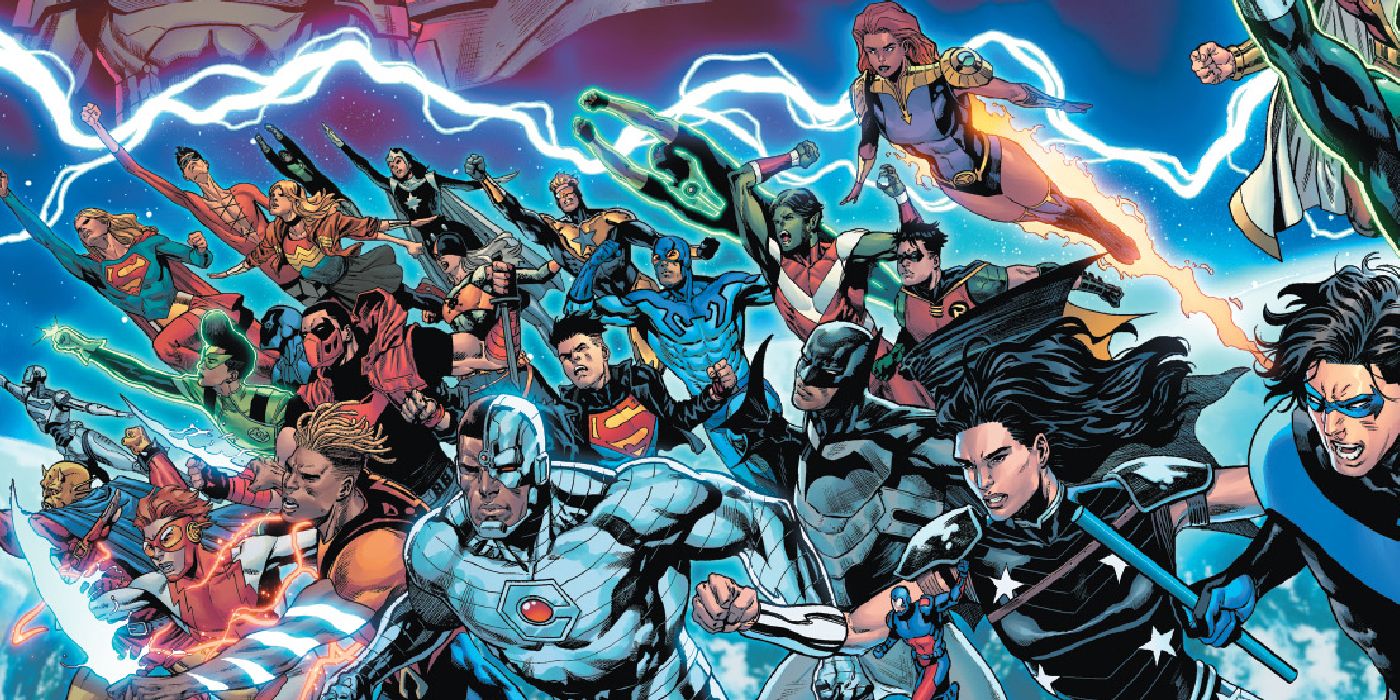 The following contains spoilers for Dark Crisis #3, now on sale from DC.

The Justice League and the Justice Society unite in Dark Crisis #3 to give the world a fighting chance against a rising tide of supervillains.

The dramatic moment occurs as Jon Kent argues with Damian Wayne about the future of the Justice League, which lies in shambles after the apparent demise of its founders. As the two teens go back and forth about the League’s true purpose, they are interrupted by a voice from above.

“Sorry to interrupt,” says Alan Scott — the original Green Lantern — as he descends onto the scene along with the other members of the Justice Society, including the likes of Atom Smasher, Doctor Fate, Mister Terrific, Power Girl and Wildcat. “But if there is no Justice League, what about a Society? We’d love to help, if you young people don’t mind some old-timers lending a hand?”

Who Are The Justice Society?

As comics progressed into the Silver Age, new versions of existing characters were created — for instance, the Barry Allen Flash, whose popularity soon eclipsed that of his predecessor, the Jay Garrick Flash. Many of these heroes banded together to form their own collective, and to differentiate them from their predecessors, the DC Multiverse was developed. The Justice League was designated as the protectors of Earth-One, while the Justice Society was designated as the defenders of Earth-Two.

RELATED: Black Adam’s Justice League Was Doomed Before it Ever Began

DC’s mid-’80s “Crisis on Infinite Earths” reboot merged all of the company’s existing worlds into one, retconning the Justice Society as Earth’s protectors during World War II. In the passing decades, the Justice Society has undergone additional retcons, with original members dying and replaced by younger protégés or experiencing slowed aging. Following a long absence during DC’s New 52 era of the 2010s, the Justice Society returned in full force in the pages of 2019’s Justice League “Doom War” story arc — and now, it seems as if the Society is needed once again, to guide a new era of heroes out of darkness and towards a more hopeful future.

Dark Crisis #3 is written by Joshua Williamson, penciled by Daniel Sampere, inked by Sampere, Daniel Henriques and Danny Miki, colored by Alejandro Sánchez, and lettered by Tom Napolitano. The issue is on sale now from DC.

Pokémon Scarlet And Violet Trailer Welcomes Us To The Paldea Region