DC Reveals an Unexpected and Shocking Fact About the Flash Museum 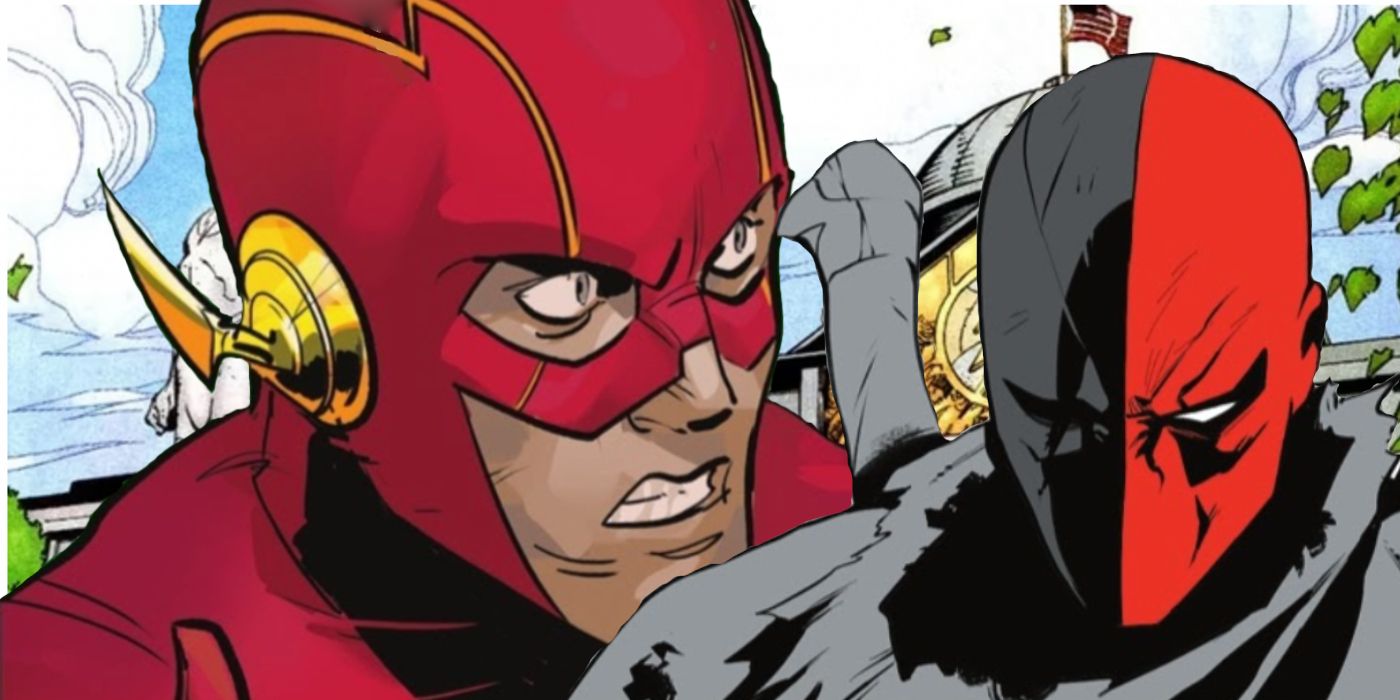 The Flash Museum in Central City has an interesting feature lurking beneath its exhibits in the dangerous alternate universe of DC vs. Vampires.

The following article contains spoilers from DC vs. Vampires: All-Out War #2, on sale now from DC.

DC vs. Vampires: All-Out War #2 reveals that the Flash museum has the world’s last Lazarus Pit hidden beneath it.

The intriguing factoid is revealed after Constantine and an assortment of surviving superheroes seek refuge in Talia al Ghul’s League of Assassins fortress. After vampires led by Wonder Woman infiltrate the fortress and a battle breaks out, Constantine convinces Talia to reveal the Lazarus Pit’s location and tells Deathstroke to head there. In the previous issue, Deathstroke hatched a scheme to revitalize Batman by putting Bruce Wayne’s dead body in a pit, hoping to use a resurrected Dark Knight as a symbol that could revitalize humanity’s chances against the undead. This plan became all the more potent when it was revealed that Lazarus Pits not only revive people — they also remove vampirism.

RELATED: The Counterstrike Against DC’s Vampires Will Be a Disaster

The Flash Museum debuted in 1965’s The Flash #154 as a hall to honor Barry Allen. Since then, it has become a landmark of Central City and a place honoring Flashes from Jay Garrick to Wally West. Unfortunately for the surviving members of the vampire war, the world is currently without a Scarlet Speedster. Barry died in DC vs. Vampires #3 after Hal Jordan — one of the first members of the Justice League to turn to vampirism — snapped his neck on a beach after Barry refused to join his undead cause.

Written by James Tynion IV, DC vs. Vampires is a limited series that sees the DC Universe falling into a hellscape following the demise of Mary, Queen of Blood. A legion of bloodsuckers commanded by a vampiric Nightwing has taken over the world, and DC vs. Vampires: All-Out War details the resistance’s struggle against this undead force. Thus far, the six-issue series has kicked off to a bloody and violent start, with Captain Atom exploding in a nuclear blast after a vampiric Damage attacked him. The blast decimated the base known as Nightlight, which formerly served as a subterranean hideout for a varied bunch of resistance members, ranging from Bane to Midnighter.

DC vs. Vampires: All-Out War #2 comes from writers Alex Paknadel and Matthew Rosenberg, artist Pasquale Qualano and letterer Troy Peteri, with tones by Nicola Righi. The issue’s cover comes from Alan Quah and variant cover art was provided by James Stokoe, Leirix and Ejikure. The issue is on sale now from DC Comics.

Choose Between In-Person and Online Meetings