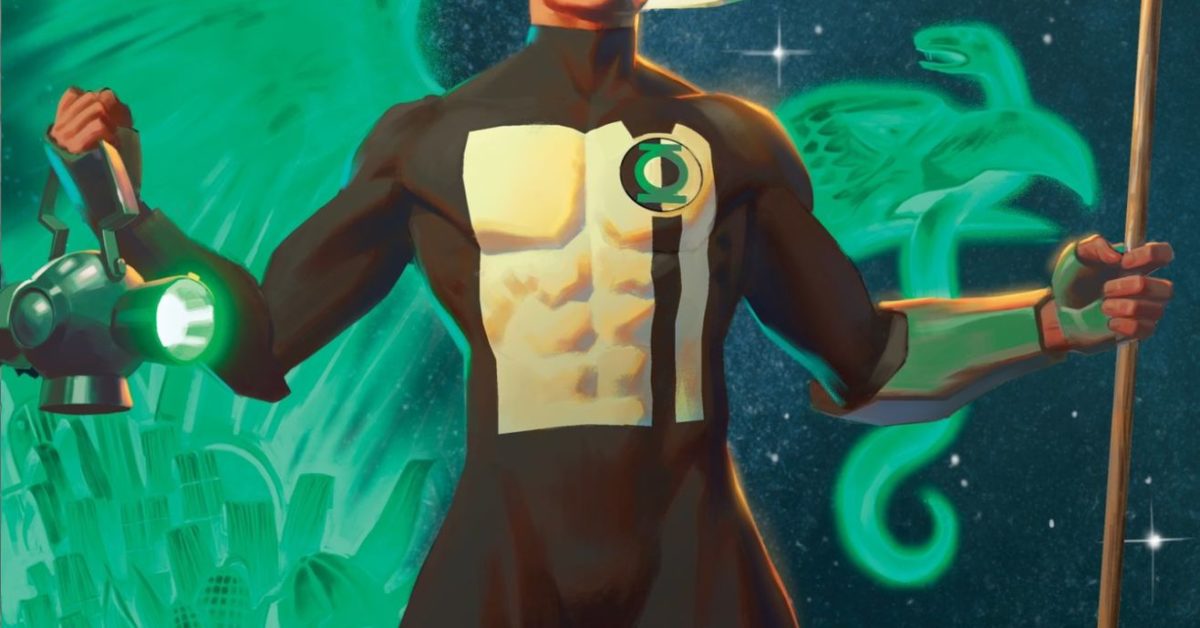 DC Comics will not move forward with the controversial version of its Titans United: Bloodpact #1 variant by Jorge Molina that featured Kyle Rayner holding a bag of tamales in space. Instead, the company will go with the original, and originally rejected, version of the cover that serves as a tribute to the painting La Patria by famed Mexican muralist Jorge González Camarena. The decision follows a social media uproar over the change to the cover, which joined six other Hispanic Heritage Month variant covers for September, all of them featuring characters holding or consuming various forms of Hispanic cuisine.

Back in June, when an unfinished version of the La Patria tribute variant was shown by DC, Molina tweeted that it would not be used due to legal issues.

I did this cover for DC for the #hispanicheritagemonth Kyle Reyner having a Mexican background and being Mexican myself, it was a great honor to have the opportunity to pay tribute to my country and roots, that’s why I decided to pay homage to Jorge Gonzales Camerena pic.twitter.com/463HBs8j0U

A Mexican muralist I admire. “La Patria” is probably his most recognizable work. Due to some legal issues, this cover was not suppose to see the light of day (it’s unfinished, you’ll notice both the Mexican flag in incomplete and GL chest logo is missing)

How this image got promoted by DC is a mystery to me, don’t know if it was a mistake or in the end they decided to go for it. There is a variation of this cover but I’m so glad this one is out there for the world to see since this was my original idea, pay homage to Camarena.

And when a new version of the variant was later revealed, removing the Mexican flag and eagle eating a snake and replacing it with a grocery bag full of tamales and a flag that read “Viva Mexico,” Molina responded:

HAAAAAAARD to keep my mouth shut….all I can say is one has my signature and the other one doesn’t, go figure.

And soon after, he followed up by saying:

Thanks to everyone who has showed their support on the original cover. I’m not mad or sad about it, the fact the everyone got to see and hear my original vision gives me some gratification and that version will live on the web for ever….for now. #HispanicHeritageMonth

But on Tuesday, in a response that does its best to perform some measure of damage control for DC, even though it contradicts the previous tweets on the matter, Molina said that the Tamales variant was only ever an “alternative option” and the La Patria tribute is what will be published, apologizing for the “confusion.”

Good news everyone !! I’m Excited to share the official DC Hispanic Heritage Month cover for Titans United: Bloodpact #1. The homage to La Patria is what is going out on the comic.
Sorry for the confusion—the edited version I drew was an alternative option, not final. pic.twitter.com/7A44vQd7tf

The change comes one day after final order cutoff for the book, which should mean that the cover will be returnable.

So all’s well that ends well? Except for one problem: now people hoping to collect a full set of DC Hispanic Heritage Month food-themed variants will be out of luck, as only six of the seven variants will now be food-themed. Well, unless you count the eagle eating the snake, which is a Mexican national symbol, and therefore could be considered cuisine as a technicality. Okay, you know what, we guess it all works out after all.