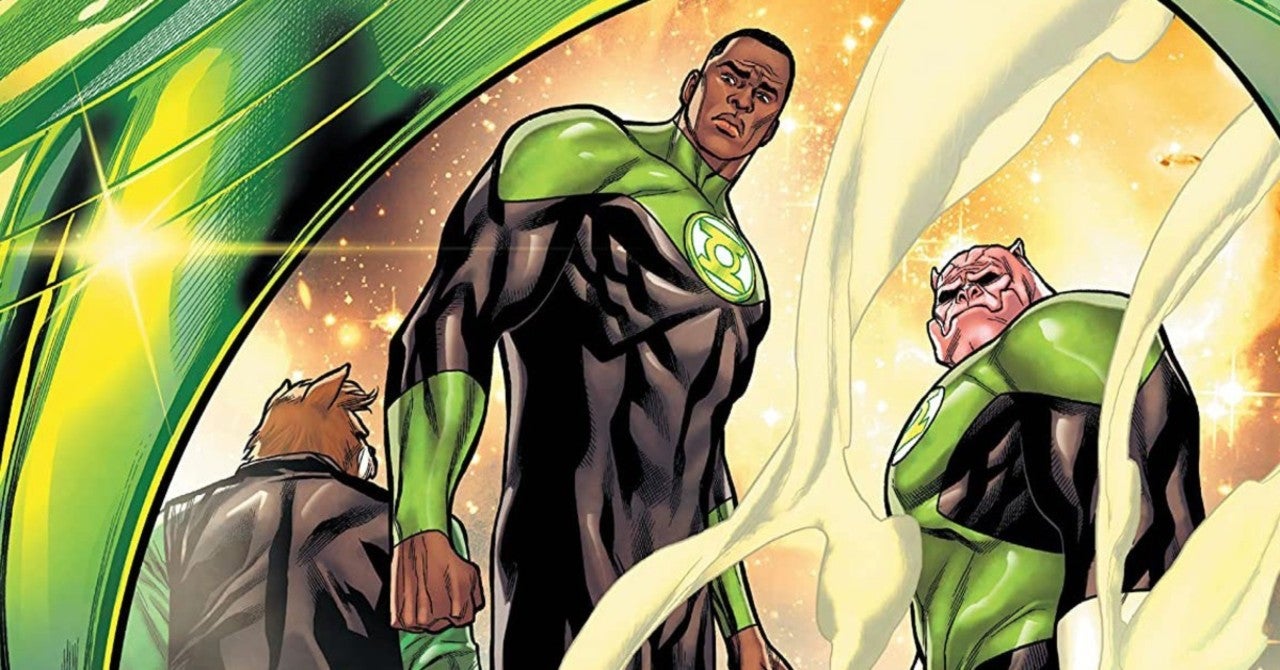 Week 2 of DC’s Future State featured a heavy slate of new books and with them a variety of changes and reinterpretations to beloved characters. That was also quite true of Future State: Green Lantern, which featured a new status quo for the Lanterns after the Main Power Battery mysteriously went dark. Without their powers, the Lanterns find themselves in a host of challenging situations, and the need to adapt brought about some big changes for several of them, including fan-favorite Jessica Cruz, who might not be a Green Lantern for much longer after the events of this issue. Spoilers incoming for Future State: Green Lantern #1 so only move forward if you’ve read the issue, though you can read our full spoiler-free review right here.

Jessica Cruz is currently living on the Lantern Station in Space Sector 0123, and as we learn throughout the issue has been keeping it running by herself for the past thirteen months, during which there has been no communication with the rest of the Corps. We then see several Sinestro Corps Lanterns show up to take the base for themselves, including Lyssa Dark, Low, and Ugg-I, but Cruz isn’t going down without a fight.

We see Cruz hold her own and manage to take each Lantern down one by one without her powers and relying on her own wits and knowledge of the station. When she gets to Lyssa Dark she has to use more direct means with an Atomic Axe, and during the fight, she is able to pick up the Yellow Lantern Power Battery and slams Dark in the face with it.

That stops the Battery’s integration into the station and also knocks Dark down to the ground, and it’s here that the Yellow Power Battery reaches out to Cruz. One of the Yellow Power Rings she took from Low and Ugg-I soars to her hand and then the Battery says “Jessica Cruz of Earth. You possess the ability to instill great fear. Welcome to the Sinestro Corps.”

We see Cruz say “More fear than I’ve ever felt in my life. More than I can overcome. But for the first time, I don’t need to. It’s all mine. Overflowing like light. All I need to do is reach out…and take it.”

It would appear Cruz is now a member of the Sinestro Corps, as the Green Power Ring falls from her necklace to the ground, and we’re interested to see what’s next.

Future State: Green Lantern #1 is written by Geoffrey Thorne, Ryan Cady, and Ernie Altbacker and drawn by Tom Raney, Sami Basri, and Clayton Henry. You can find the official description below.

“Assigned to map and contact new lifeforms past the 3,600 known sectors of space protected by the Green Lantern Corps, John Stewart and an elite team of Lanterns are trapped behind enemy lines and fighting for their lives when the Central Power Battery goes dark and leaves the entire corps defenseless. Meanwhile, across the cosmos, Green Lantern Jessica Cruz finds herself powerless and forced to battle the invading Yellow Lanterns of the Sinestro Corps, and Guy Gardner, trapped on distant world, decides to reopen Warriors Bar.”

What did you think of Cruz possibly becoming a Yellow Lantern? Let us know in the comments or as always you can talk all things comics with me on Twitter @MattAguilarCB!

Rick’s Ending In The Walking Dead Movies Has…