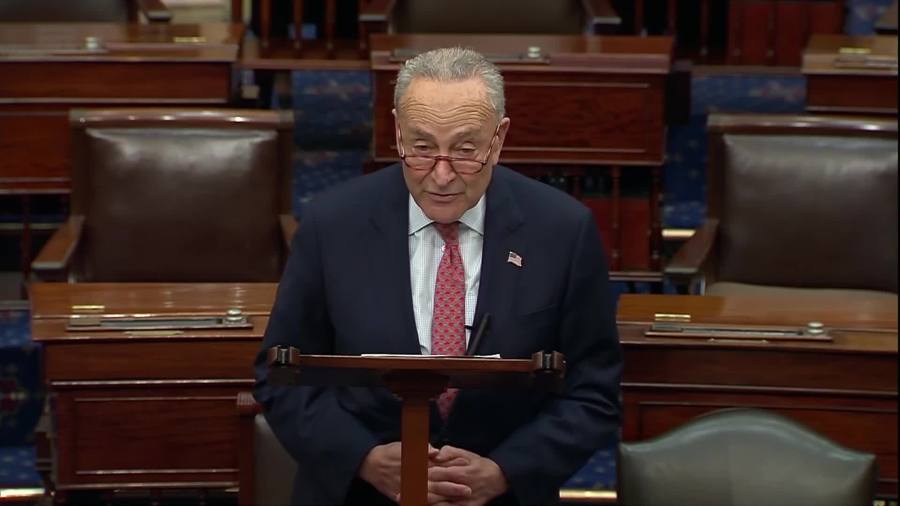 WASHINGTON (NEXSTAR) — “What happened at UVA in Charlottesville is another tragedy,” said Rep. Brad Schneider (D-Ill).

Schneider and other national lawmakers are troubled by the Sunday night shooting at the University of Virginia that killed three students.

“By another young person with a gun,” Schneider said.

Senate Majority Leader Chuck Schumer (D-N.Y.) said this is another example of how gun violence is still alive in the U.S.

“Our condolences go out to the families of those lost as well as to everyone in Charlottesville who is grieving,” Schumer said.

Virginia lawmakers were quick to respond to the tragedy. In a joint statement, Sen. Tim Kaine (D-Va.) and Sen. Mark Warner (D-Va.) said they are “heartbroken” by the news. Rep. Bob Good (R-Va.) called for “prayer for the victims of this horrific tragedy.”

But Schneider says there are other things lawmakers can do.

“We need to work to address gun violence in our country, whether it is mass shootings, grocery stores in Buffalo, or schools in Uvalde, or a parade in Highland Park, but also the shootings going on every single day,” Schneider said.

“But there’s still more work to be done and we’re going to require and ask that Congress has the courage. But that will not take away the loss that these families have experienced,” Harris said.

How Ranveer Singh surprised Deepika Padukone on their wedding anniversary