DC Is About to Debut the First YELLOW Beetle 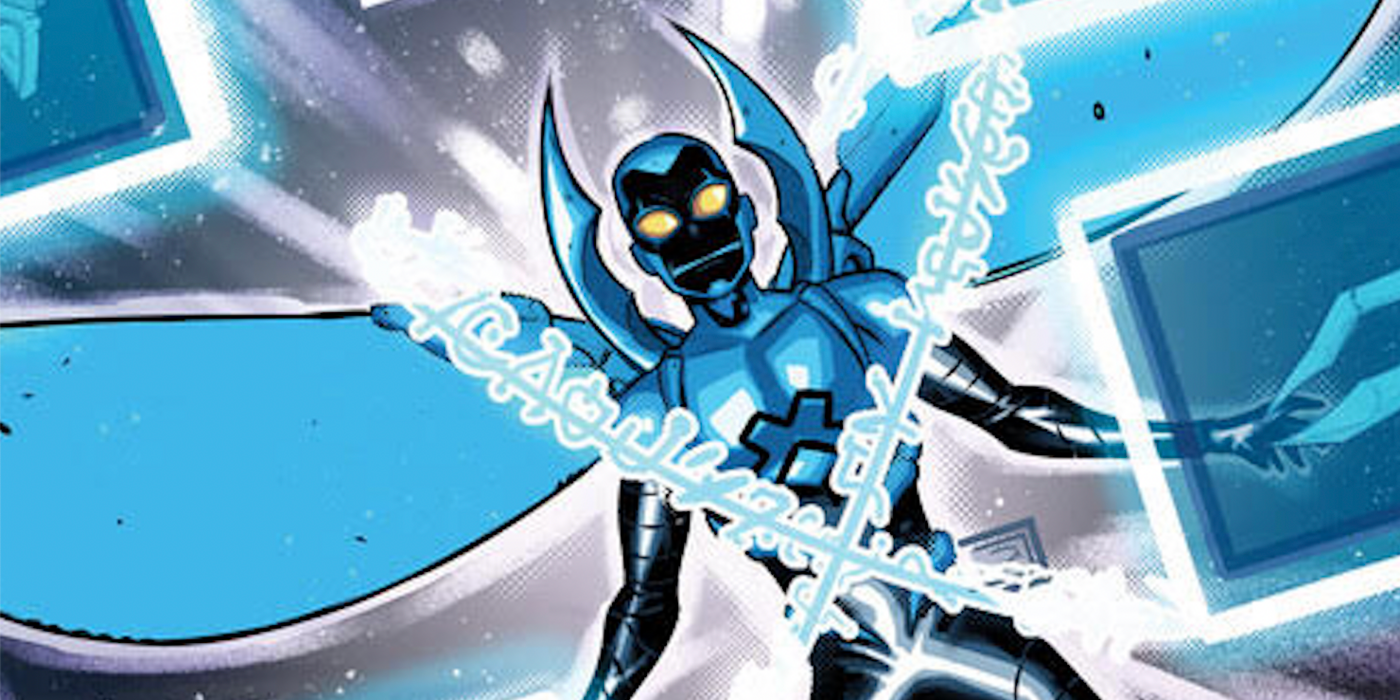 Josh Trujillo’s upcoming Blue Beetle: Graduation Day series, which was part of the 2021 Round Robin Tournament, will introduce a new Yellow Beetle.

During DC’s “Comics Are Fun For Everyone” panel at San Diego Comic-Con, Trujillo spoke about the upcoming Blue Beetle: Graduation Day. During the panel, Trujillo confirmed the series will introduce a new Yellow Beetle. He also shared preview images for the series, which show Blue Beetle fighting an unseen foe.

“The upcoming series will follow Jaime Reyes as he grapples with heroics and his future,” DC said of Blue Beetle: Graduation Day. “When The Reach interrupts Jaime’s high school graduation, he has to decide what’s best for his future while grappling with both The Reach and his Scarab.” The series will also feature Teen Titan’s Starfire and introduce a new location, Palmera City, into the DC Universe.

The Road To Graduation

Blue Beetle: Graduation Day was initially part of DC’s 2021 Round Robin. Making it to the final four of last year’s competition, DC announced plans to resurrect the title back in April. “Nothing’s really lost forever!” Andrew Marino of the Round Robin editorial team previously shared. “I’m so excited to announce that writer Josh Trujillo and artist Adrián Gutierréz are coming back together to tell their Jaime Reyes Blue Beetle story, Blue Beetle: Graduation Day, from last year’s Round Robin! Check out this amazing cover, drawn by Adrián and colored by Wil Quintana. I couldn’t be more thrilled to edit this story, it’s been a long-time dream of mine. Make sure to keep an eye out for more Blue Beetle news coming soon too!”

The Blue Beetle: Graduation Day pitch from the 2021 competition reads, “Trapped between heroics and his future, Jaime Reyes is directionless. When the Reach interrupts Jaime’s high school graduation, things only get worse. Starfire becomes a new mentor to Blue Beetle, but is it Jaime or the Scarab that’s really in the driver’s seat? And why hasn’t Jaime applied to any colleges?”

Created by Charles Nicholas Wojtkoski, Blue Beetle first appeared in 1939’s Mystery Men Comics #1. With DC purchasing the rights to the character in 1983, multiple people have operated as Blue Beetle over the past decades, including Dan Garrett, Ted Kord and Jamie Reyes. Blue Beetle recently starred in a Blue & Gold series from Ryan Sook and Dan Jurgens which saw him once again team up with his longtime friend, Booster Gold. DC is also developing a Blue Beetle movie starring Cobra Kai‘s Xolo Maridueña as the titular character. The film is scheduled to release in theaters on Aug. 18, 2023.