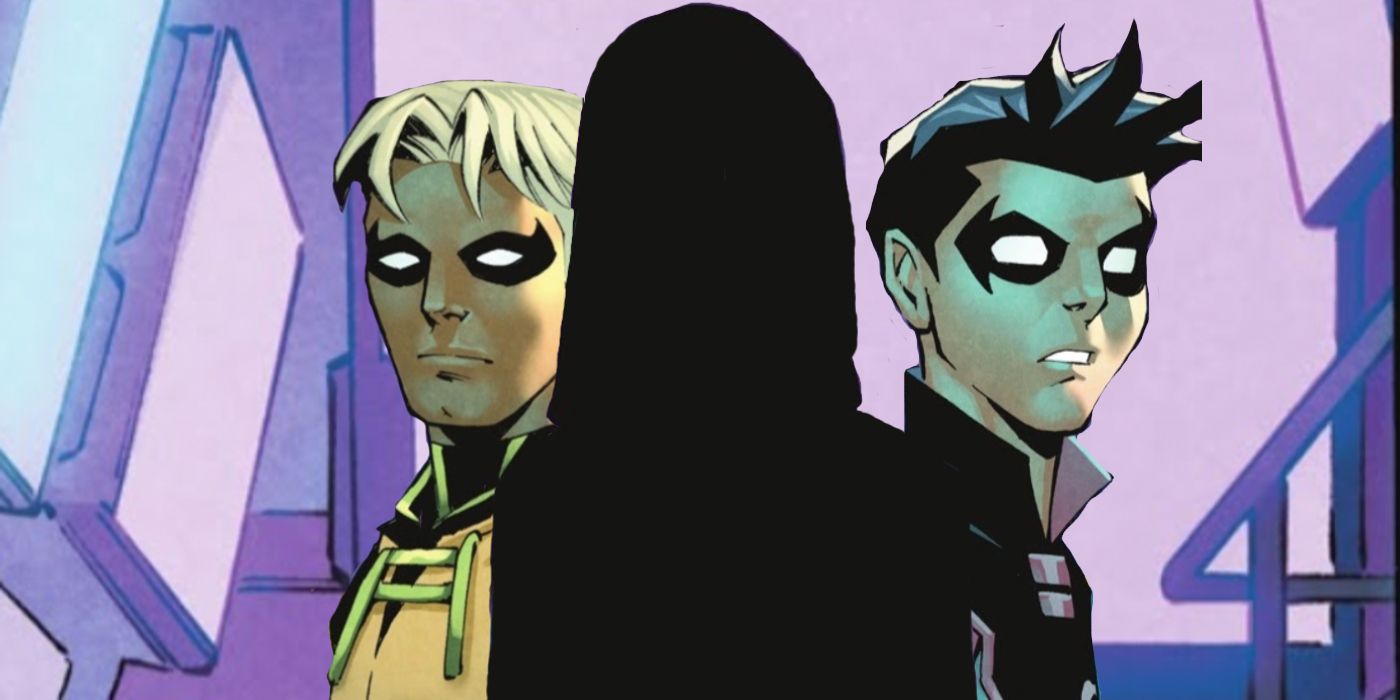 The following contains spoilers for Robin #16, now on sale from DC Comics.

Robin goes to visit Flatline in Tokyo halfway through the issue after her frantic mentor, Lord Death Man, arrives on the shores of Lazarus Island. Lord Death Man makes a number of outrageous claims, accusing Flatline of turning feral in the aftermath of the Lazarus Tournament and attempting to kill him. Damian — who has been telling everyone who will listen that he and Flatline are an item — decides to check these wild rumors out for himself.

Upon meeting with Flatline, Damian sees his beau has ditched her trendy jacket for a decidedly more revealing corset and hooded cape combo. “Check out my new look,” Flatline says. “I told you that your mom was my idol, right? Team Talia!”

Flatline’s garb is reminiscent of the all-leather jumpsuit that Talia frequently wore over the years, both on the printed page and the small screen in Batman: The Animated Series. Most recently, Talia ditched this black outfit for an all-white suit that she has worn during her missions as an agent of the US Government’s Department of Extranormal Operations, or D.E.O.

Aside from her new appearance, Flatline tells Robin that she is a far cry from the feral beast that Lord Death Man described and has instead merely taken over his criminal enterprise. Lord Death Man, it appears, lied in order to gain access to Lazarus Island, and the final pages of Robin #16 show the crafty criminal freed from his chains and smooching with none other than Mother Soul — Damian’s grandmother.

Flatline, created by Robin writer Joshua Williamson, first appeared in Detective Comics #1034 and was established as a Russian metahuman who could assimilate the abilities of anyone she killed. She became a student of Lord Death Man, honed her skill in martial arts and entered the Lazarus Tournament, where she technically killed Damian by ripping his heart out in the finale of Robin #1. The regenerative pits of the island restored Damian to life, and the two teens became more attracted to each other as the tournament continued, eventually sharing a kiss in the pages of Robin #11.

Transnet swings from over R8bn FY loss to a R5bn profit