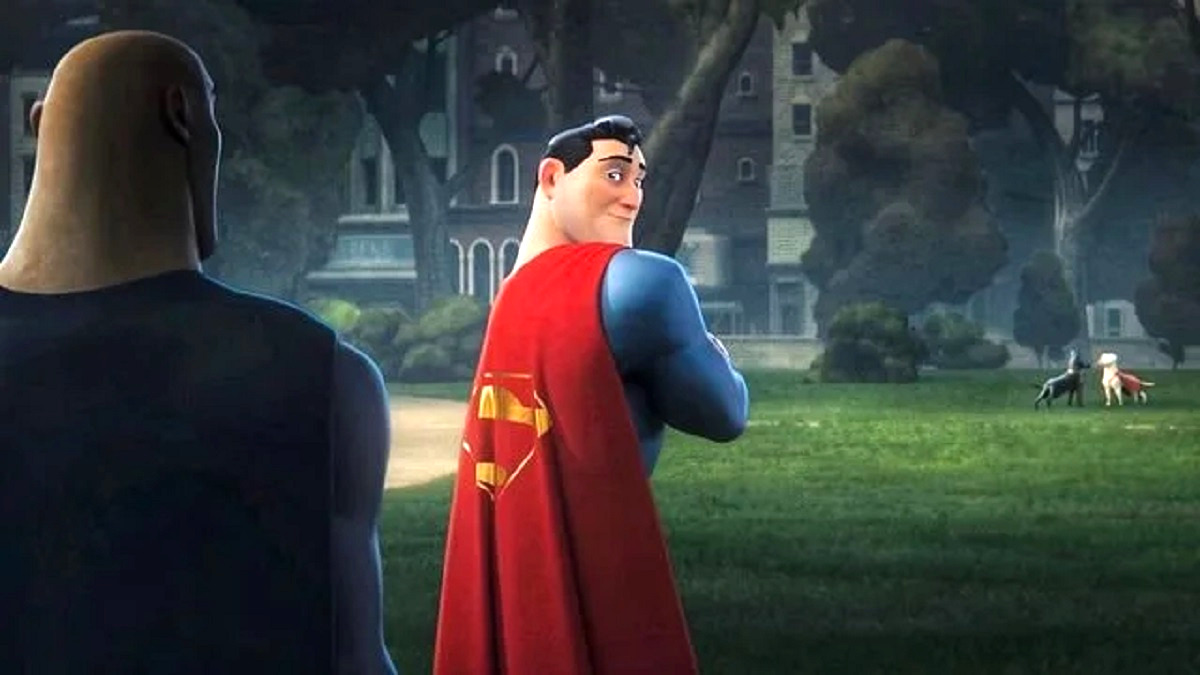 Ever since Dwayne Johnson’s Black Adam escaped from over a decade in development hell to head into production, DC fans have been crossing their fingers in the hopes that Henry Cavill would make a cameo appearance in the upcoming blockbuster.

It makes sense given that the two superheroes are about as all-powerful as it gets, while the actors themselves are plenty familiar with each other offscreen. San Diego Comic-Con may have come and gone without a Cavill sighting, but Johnson continued hinting that the Man of Steel and the Man in Black will cross paths somewhere down the line.

Well, it finally happened as The Rock kept saying it would, just not in the way anyone expected. True to his word, the A-list megastar has delivered on his promise of having Superman and Black Adam come face-to-face… during a credits scene in DC League of Super-Pets. Needless to say, people had thoughts.

Be careful what you wish for then, with Black Adam and Superman’s first meeting in a theatrical feature film coming as part of an animated feature that scored one of DC’s lowest box office debuts this century. In hindsight, Johnson’s Comic-Con hint that the crossover depended on who was playing Superman carries even more weight, and the answer turned out to be a pixelated Kryptonian voiced by John Krasinski.

No doubt, this is going to give the dejected section of the fanbase even more ammunition, but at least it might encourage them to check out DC League of Super-Pets for themselves.

League of Legends Tiffany’s collab is the weirdest crossover…