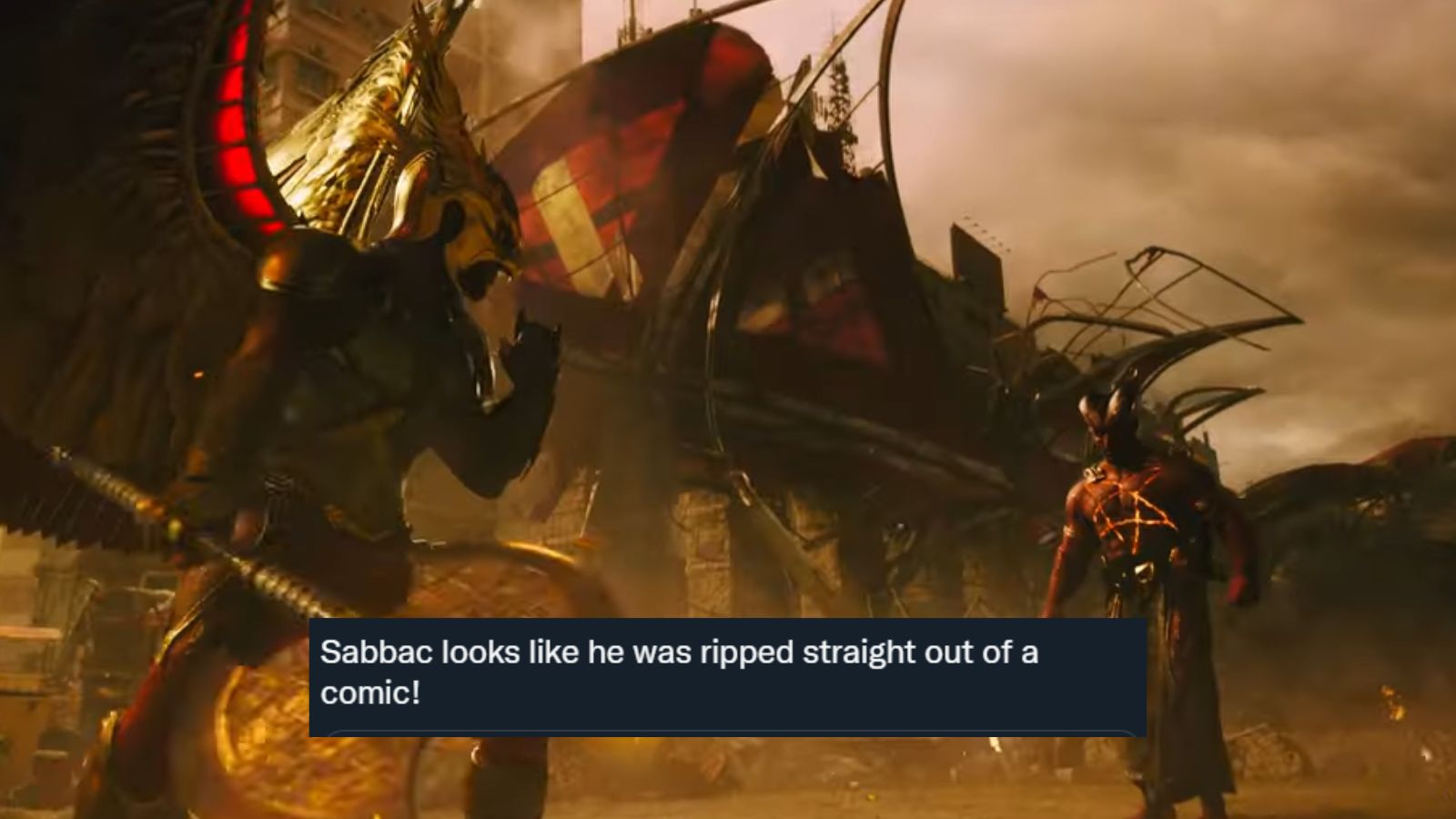 The latest peek at Dwayne Johnson’s Black Adam has arrived, and fans are fiending for some fiendish villainy as Sabbac gets a big look.

DC’s biggest release since The Batman is set to be a big one, with Black Adam showcasing several big comics characters for the first time ever in live-action. Among these is its titular antihero, Hawkman, Doctor Fate, Atom Smasher, Cyclone, and most importantly, Sabbac.

The big demon-like creature looks to be the big bad, and the latest trailer shows off Hawkman squaring up to the crimson monstrosity. Fans are loving this first look, as hype starts to properly build ahead of its release. Marwan Kenzari will play Sabbac, and the fanbase is loving the comic accuracy.

Emerging from the water like an utter demon Chad, Sabbac is the most bizarre the DC Extended Universe has gone in a while, with them seemingly ditching the grounded in reality aspect of the Zack Snyder era. It does, however, continue in a long line of DCEU villains being big tall CGI masses with slight religious symbolism (see Ares, Doomsday, Darkseid).

Black Adam has been in a weird spot with its marketing, with a very delayed reaction to its release. Perhaps hindered by the myriad of cancelations and negative headlines coming out of Warner Bros., it’s now stepping up big time.

Black Adam’s biggest competitors when it releases in cinemas will be horror flicks as spooky season begins. Halloween Ends in particular could take a large bite out of it, as well as controversy-magnet film Don’t Worry Darling.

‘It lets us serve the students better’: BC hosts ribbon-cutting for Science and Engineering Building | News