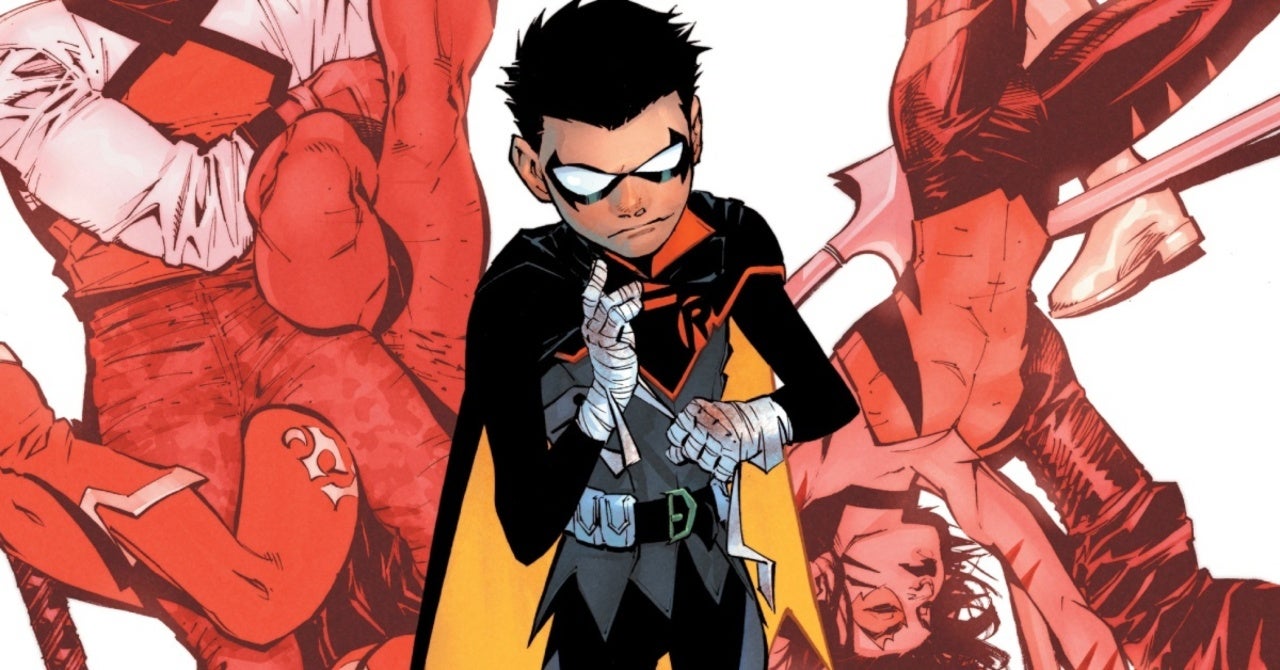 Even as the Future State event has been making its impact throughout the DC universe, the publisher has already begun to look ahead to the future in a major way. In March, the company will officially kick off Infinite Frontier, a new publishing initiative that will weave an array of different characters and concepts throughout the DC universe. On Thursday, DC announced the latest extension of what that will entail — a new ongoing series surrounding Damian Wayne/Robin. The Robin series will hail from writer Joshua Williamson (The Flash, Future State: Justice League, Infinite Frontier) and artist Gleb Melnikov (Wonder Woman, Batman/Superman Annual).

After learning of the deadly League of Lazarus tournament, Damian Wayne has a new mission: to win the tournament and prove he is the greatest fighter in the DC Universe! But first he must find the secret island where the tournament is being held!

“Being a big fan of Damian Wayne, I’m really excited about getting him back on a hero’s journey.” Williamson said in a statement. “Gleb is the perfect artist to tell this story as we show readers Damian’s growth, in a new adventure that navigates his legacy, his connections to Batman, Talia Al Ghul and kicks off an important story in the DC Universe.”

Prior to the launch of the Robin ongoing series, Williamson and Melnikov will be contributing backup stories to the March issues of the flagship Batman books — Batman #106 and Detective Comics #1034. The two-part “prequel” backup story, Demon or Detective, will see Damian come face to face with his mother, Talia al Ghul, after leaving Batman behind.

Keep scrolling to check out the covers for Robin #1, including main and wraparound variant covers by Melnikov, a team-themed card stock variant cover by Andy Kubert, and a 1 in 25 variant cover by Riccardo Federici, and share your thoughts with us in the comments below!

1 in 25 Variant Cover by Riccardo Federici