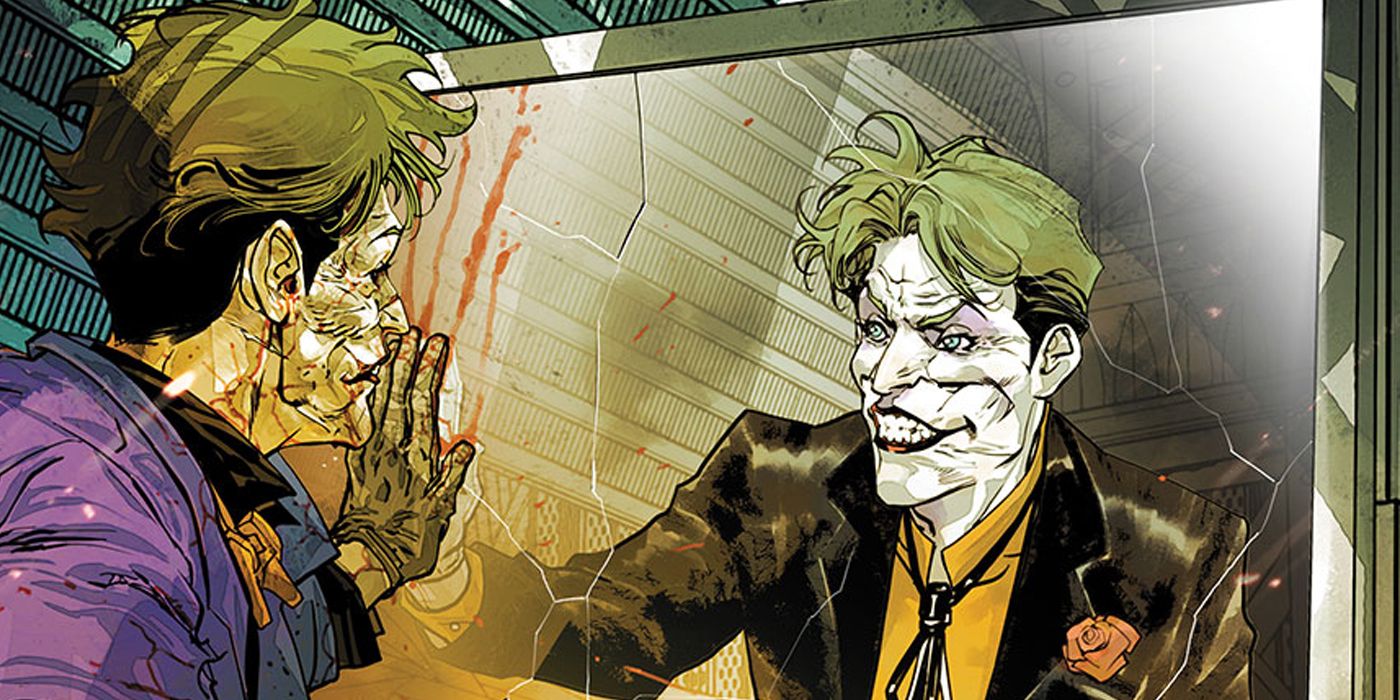 DC Comics announces a sequel to The Joker at San Diego Comic-Con 2022.

Set after Batman‘s “Joker War” event and Infinite Frontier #0, The Joker is a comic series written by James Tynion IV and illustrated by various artists that ran from March 2021 through July 2022. During the Gotham Publishing Panel at SDCC, it was revealed that a sequel to the series will be written by Matthew Rosenberg (Task Force Z) with art by Carmine di Giandomenico (Batman: The Knight), titled The Joker: The Man Who Stopped Laughing.

Rosenberg currently co-writes DC vs. Vampires alongside Tynion, a story reimagining the DC Universe if it was overrun by bloodthirsty creatures of the night. The two worked together on The Joker #5 as well, an issue from the previous Joker series that explored Jim Gordon’s earlier years dealing with the villain as a captain in the Gotham City Police Department. Told from Gordon’s perspective, The Joker ran for sixteen issues total (including an annual issue) and saw the former police commissioner hunt down Joker for a wealthy employer, Cressida Clarke, with other interested parties also out for the clown’s head.

The original series introduced readers to new characters and threats, like Bane’s daughter, Vengeance. While hunting Joker, Gordon stumbles upon not only Vengeance but the Network, a massive criminal organization that grants villains relaxing getaways to hide from heroes, engages in genetic experiments and possesses influence that stretches across the globe. Vengeance is a result of the Network’s experiments, who cloned her from Bane’s DNA in the hope to have a controllable supervillain.

RELATED: The Joker Is Feared by Most of Gotham’s Criminals – But Not the Other Clowns

Where Does The Joker Leave the Batman Villain?

As for Joker himself, he is last seen escaping in The Joker #15 after murdering Cressida right in front of Gordon. The cross-continental series really puts the clown through the wringer beforehand, being that he is framed for a massive gas attack on Gotham’s Arkham Asylum, nearly eaten by a cannibalistic family and deals with several attempts on his life from Vengeance, the Court of Owls and others. Where Joker will go in The Man Who Stopped Laughing remains to be seen, including whether he will reunite with his latest girlfriend, Alexis Kaye aka Punchline.

The backup stories of The Joker focus on Punchline’s trial for her crimes committed while working with Joker, a saga that ends with her acquitted by the jury and able to walk free. The SDCC panel also revealed details for a Punchline limited series, Punchline: The Gotham Game, which is expected to release in Fall 2022 alongside The Man Who Stopped Laughing.

The Joker: The Man Who Stopped Laughing #1 is slated to go on sale Oct. 4 from DC Comics.

How to Meditate on Planes, Trains, and Automobiles