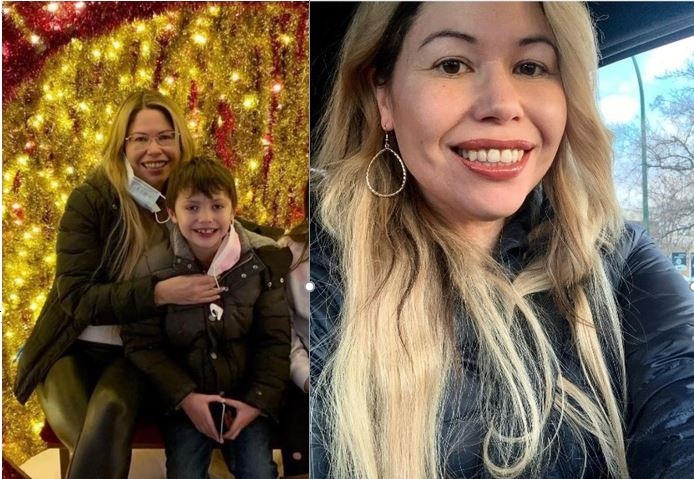 Dozens of people took part in a walk to honour Dawn Walker and Vincent Jansen on Thursday morning, a mother and son who were reported missing on Sunday night.

“How many people who just brush it off and think it’s no big deal or it’s just another Indian, they need to start taking what we’re going through and what our First Nation families are going through seriously because this is just happening way too often.”

“We are hurting because we haven’t seen Dawn and Vinny.”

The walk started at the Chief Whitecap dog park just south of Saskatoon and ended at Diefenbaker Park.

“We have extended the search well beyond the radius that we’ve had over the last few days, we continue to expand that radius downriver from the original site,” he said.

“We’re going to use every resource possible to help bring Vincent and Dawn home to their family.”

Walker and her seven-year-old son were reported missing on Sunday night, and RCMP say they’re no closer to finding out what happened to them.

He said police have not seen any anomalies that would indicate foul play.

Abbott says the unpredictable nature of the South Saskatchewan River is presenting challenges in the search.

“The channels and the currents change continuously and it’s a difficult river to navigate and search because of the varying channels and depths of the river,” he said.

“We’re using sonar as well as scuba as well as surface and air because you can see a lot more for the air than you can the surface from a boat.”

Bear says it gets harder and harder as each day passes without finding them, but the FSIN and those who showed up in support won’t give up hope.

“When you show up you show you care, so the rest of society needs to start showing up,” she said.

“The hope is what keeps us going. So we have to remain hopeful because they’re loved.”