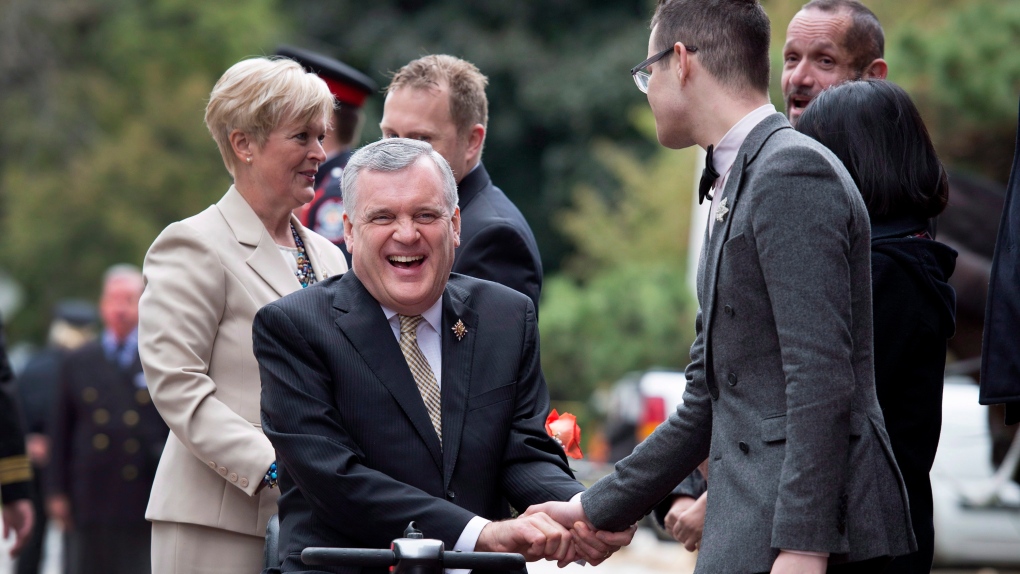 Broadcaster and former Ontario lieutenant governor David Onley, who passed away this weekend at age 72, is being remembered as a bold advocate for disability issues whose warm character endeared him to many.

Onley went on to become Ontario’s 28th lieutenant governor in 2007 following a long career in television.

Toronto television pioneer Moses Znaimer, who hired Onley to work as a reporter and anchor at City TV in the 80s, remembered him as someone whose insights made the organization richer.

“Almost everyone remembered for their greatness has had to overcome obstacles in their path. If they suffered weakness in one area, that’s called forth compensation in another. As exceptional as David Onley was, he would be the first to tell you there are many more just like him. Any community is only as strong as it is diverse,” Znaimer wrote.

“The perspective and tenacity that people with disabilities need to succeed often lead to original insights and society would be well served to foster this resource. RIP ol’ friend.”

Onley would also go on to anchor on CP24 when the station launched.

In an interview with CP24 Sunday, Newstalk 1010 host John Moore remembered Onley as someone who served as a mentor to new journalists and who had a way of making anyone he spoke to feel special.

“I mean, aside from his groundbreaking work as a journalist and as lieutenant governor, he was just a model of a person who was always more curious about you than any question you could ever bring to him,” Moore said.

Moore said that while it was important for Onley to highlight disability issues, he “never let any of that hold him back” and went on to have an amazing career.

“I think also worth emphasizing… is how many young reporters he mentored because I don’t think it can be overemphasized, first of all that he was a tremendous journalist, but he was also one of the nicest people I’ve ever met,” Moore said. “I mean, he’s the kind of guy who’s just so sweet and enthusiastic in disposition, that you begin to feel shame yourself for ever having a moment of negativity.”

Outgoing Ontario Lieutenant-Governor David Onley, centre, laughs as he and his wife Ruth Ann, left, are greeted by staff while arriving for his final full day in office at Queen’s Park in Toronto on Monday, September 22, 2014. THE CANADIAN PRESS/Darren Calabrese

While he was known for his kindness and warmth, he still had an “edge” when it came for fighting for the rights of those with disabilities, former Ontario premier Kathleen Wynne said.

“He was impatient that we as a society do the right thing,” Wynne told CP24 in an interview Sunday.

She recalled first meeting Onley in the 1990s when he was a reporter and she was a parent advocate in the school system.

“He was a journalist, and he was often very agitated about not being able to get to the top floor of a school or into building in order to be able to be part of the press scrum. And it was that anger, I think, that fueled his activism.”

When he was appointed to lead a committee to review accessibility in the province, he “didn’t sugarcoat” his reports, Wynne recalled. But she added that he was bipartisan and willing to work with anyone to make things better for those with disabilities.

She said his reports were plain and helped others see what should have been obvious.

“I remember thinking we should have had these here all along,” Wynne said, recalling the moment when the government added ramps at the grand staircase in Queen’s Park at Onley’s recommendation. “You know, it was self-evident that nobody who used a scooter or who had mobility issues would be able to mount those stairs.”

He also helped serve as a role model for others who would go on to fight for greater accessibility. 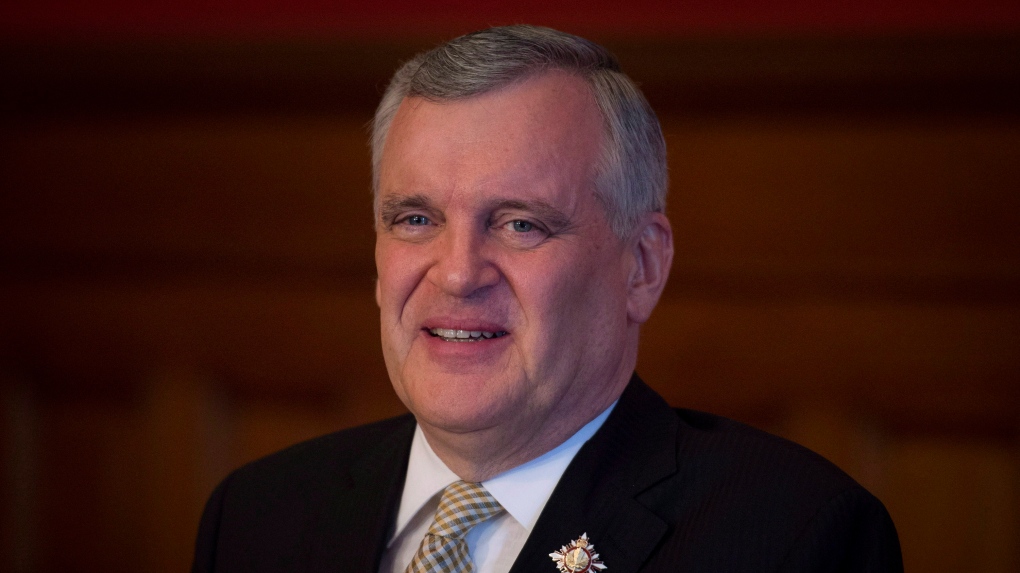 Outgoing Ontario Lieutenant-Governor David Onley laughs while speaking with reporters on his final full day in office at Queen’s Park in Toronto on Monday, September 22, 2014. THE CANADIAN PRESS/Darren CalabreseSpeaking with CP24, Accessibility for Ontarians with Disabilities Act Alliance Chair David Lepofsky said that Onley helped bring him to public advocacy.

He said he first met Onley 28 years ago after Mike Harris, who was then running to be premier, made comments about the disabled community.

“Onley grabbed the story, interviewed me about this – I was totally new with this kind of public community advocacy,” Lepofsky recalled. “But then he tracked down Mike Harris and waited in front of a radio station until he emerged and hit him up for an interview to get him to respond. So it wasn’t just that he symbolized what we could do, but he put it into action.”

He said the message that Onley helped send with his work still resonates now.

“David Onley’s message to Ontarians and indeed all Canadians is a message that resonates to this day and it is the message that we have to tear down barriers which unfairly impede people with all kinds of disabilities from fully participating in what our great country has to offer,” Lepofsky said.

In a statement released early Sunday, Ontario Premier Doug Ford said he was sad to learn about Onley’s passing.

I was deeply saddened to hear about the passing of Ontario’s 28th Lieutenant Governor, The Honourable David Onley. His contributions to the province and his unwavering commitment to public service will long be remembered and celebrated.

“Mr. Onley served the province with honour and distinction from 2007 until 2014. As Lieutenant Governor, and throughout his life, he worked tirelessly to raise public awareness about accessibility issues, encouraging people ‘to see the ability, rather than the disability,” Ford said. “He was also a great champion of expanding reconciliation efforts with Ontario’s Indigenous peoples in his role as representative of the Crown, work that continues to this day.”

Toronto Mayor John Tory also posted a statement to Twitter, calling Onley “gracious and committed” and a “champion” for disability issues who contributed to the community in many ways.

“Starting with his time as a respected broadcaster he remained down to earth and as such maintained the respect and affection of people everywhere,” Tory wrote. “He will be missed.”

Tory said flags will fly at half-mast at Toronto City Hall and at Toronto civic centres until a state funeral is held for Onley at a yet-to-be-announced date.

Get to Know Chrissy Teigen’s Kids — Including Her Newest Baby

Fans Are Not Happy About Blake Lively’s Casting In…