David Harbour’s Jim Hopper To Die After Coming Back? Actor Says “There Were Several Times I Thought He Should Die” 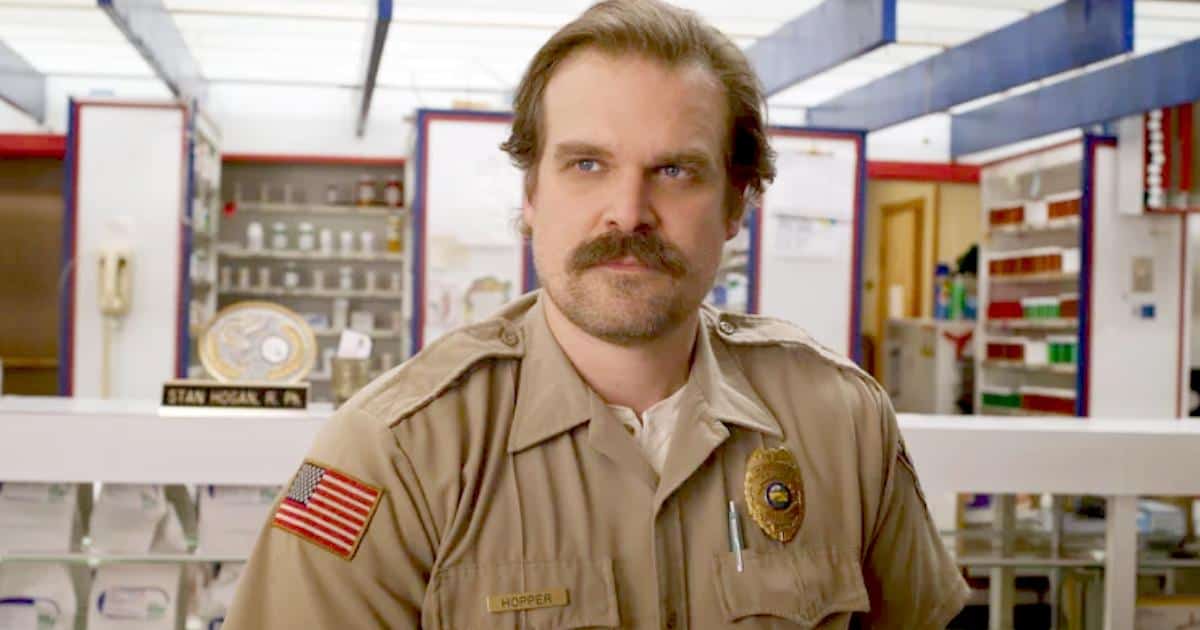 Almost all of us watched Stranger Things Season 4 with bated breath as the uncertainty around who lives and who dies was frightening. The season grew the plot of the show so wide that season 5 has a lot of things to reveal and many questions to answer. Even the fourth season gave us a lot of big moments and one of which was obviously that David Harbour aka Jim Hopper was alive and had a task to break the Russian prison and come back to his clan waiting for him on Hawkins.

If you are unversed, By the end of Season 3, Jim Hopper sacrificed himself and that was the most emotional moment for many of us. But now with his return, we are waiting for the new season to see how his story unfolds. But we cannot also ignore the fact that Millie Bobby Brown has already revealed that there will be many deaths on the show.

Turns out even David Harbour thinks that way and has some hot details about the future of Jim Hopper in Stanger Things and also if he dies in the final season of the show. Read on to know everything you should know about the same.

David Harbour as per a Screenrant report has spoken about Jim Hopper’s death in Stranger Things and also the fact that he has thought several times that he should die. Though the actor does not know if he makes it out alive of the final season, but he is happy.

“There were several times I thought he should die. I certainly thought that in the beginning, because he was so destroyed and hell-bent on destruction. Then when it seemed like he went in Season 3, I was happy for him. As he’s being resurrected as the man he wants to become, it would almost be nicer to keep him alive. Let’s see what they choose,” David Harbour said.

Stay tuned to Koimoi for more!