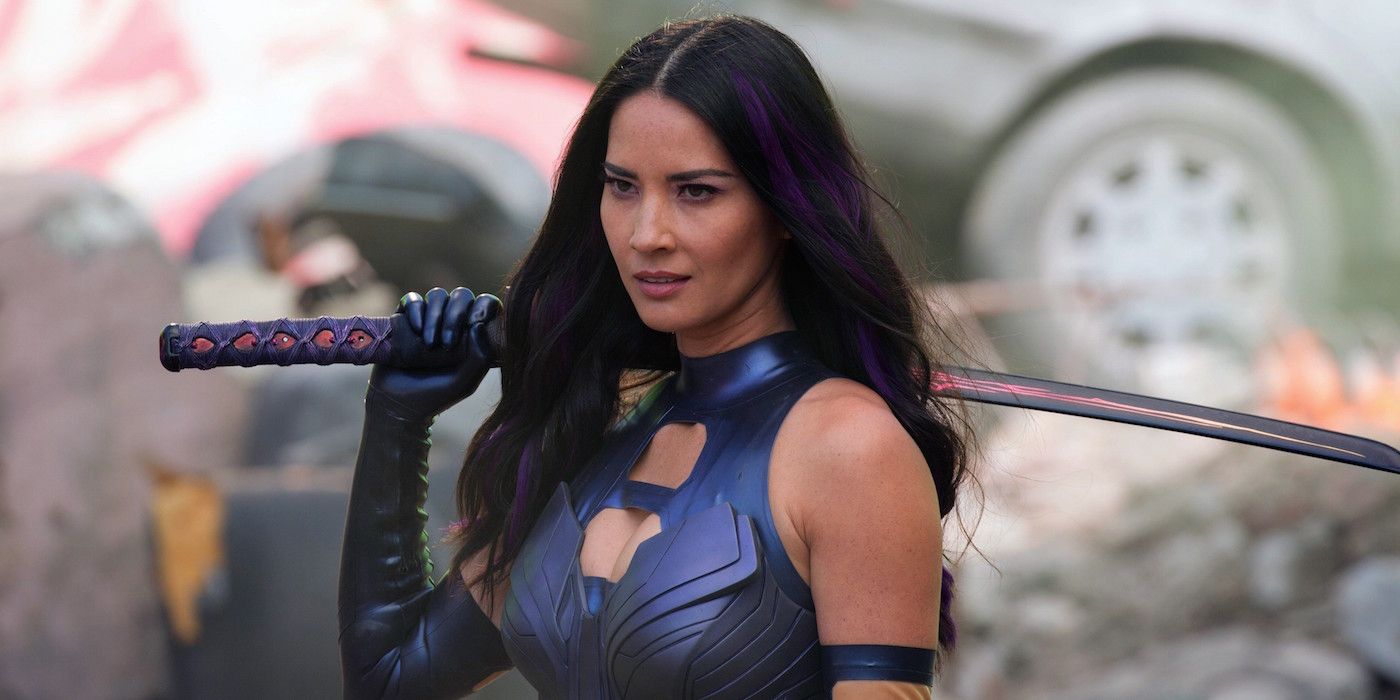 X-Men: Dark Phoenix is the last main entry in the Fox version of the franchise, but here’s why Olivia Munn’s Psylocke didn’t return.

Here’s why Olivia Munn passed on returning as Psylocke in X-Men: Dark Phoenix, and the role she likely would have played in the story. The original X-Men from 2000 spent years in development hell, with filmmakers like Paul W.S. Anderson and Kathryn Bigelow being attached at different stages. The movie itself had a relatively modest budget for a blockbuster, but its robust success not only kicked off a successful franchise but also spurred on the modern influx of comic book movies.

That said, the overall quality of the franchise dipped greatly from movie to movie. Prequel X-Men: First Class or the Oscar-nominated Logan are considered among the best, while X-Men Origins: Wolverine and The Last Stand rank significantly lower. The first two Deadpool movies take place with the same universe and despite being R-rated, are actually the highest-grossing of the franchise.

Related: The Predator Would Have Been Better If Olivia Munn Was The Hero

The Fox-era of the franchise recently came to a close with the release of The New Mutants, the long, long-delayed spinoff. The final main entry was 2019’s X-Men: Dark Phoenix, which marked the directing debut of longtime series writer/producer Simon Kinberg. Sadly, it proved to be a disappointing closing chapter for many, with a dour, self-serious tone that once again failed to do justice to the comic’s “Dark Phoenix Saga.” The film did prove to be the last hurrah for the First Class-era cast, though Olivia Munn’s Psylocke didn’t make the cut.

The previous entry X-Men: Apocalypse cast Olivia Munn as Psylocke, a popular mutant from the comics but while the character played a background role in The Last Stand, Munn made a much bigger impression despite limited screentime. In the movie, Psylocke is introduced as a bodyguard to Caliban before later joining with Oscar Isaac’s Apocalypse, becoming Pestilence in his Four Horsemen; the other members were Angel, Storm and Magneto.

Olivia Munn was somewhat disappointed with director Bryan Singer and writer Kinberg’s lack of knowledge about Psylocke from the comics but was eager to return in the roke. Psylocke was last seen slipping away following the defeat of the title villain in X-Men: Apocalypse, but despite Munn teasing a return for X-Men: Dark Phoenix, this didn’t come to pass. That’s because of a schedule conflict with The Predator, where she played a leading role.

It appears Psylocke’s role in X-Men: Dark Phoenix would have been to act as Magneto’s righthand at mutant sanctuary Genosha. This role fell to Kota Eberhardt as Selene in the final movie, who in the story leaves the island to help Magneto and Beast track down and kill Jean Grey. Despite being a great character from the comics – where she’s the oldest living mutant – the movie version of Selene is essentially a henchwoman who is given little to do and is abruptly killed during the finale. Had Olivia Munn returned Psylocke likely would have been given a bigger role, which sadly didn’t work out.

The DCEU Is Finally Fixing Something Batman Movies Always Get Wrong

It’s pronounced Paw-rick, not Pad-raig. Now that’s out of the way, a brief introduction. Padraig has been writing about film online since 2012, when a friend asked if he’d like to contribute the occasional review or feature to their site.

A part-time hobby soon blossomed into a career when he discovered he really loved writing about movies, TV and video games – he even (arguably) had a little bit of talent for it. He has written words for Den of Geek, Collider, The Irish Times and Screen Rant over the years, and can discuss anything from the MCU – where Hawkeye is clearly the best character – to the most obscure cult b-movie gem, and his hot takes often require heat resistant gloves to handle.

He’s super modern too, so his favorite movies include Jaws, Die Hard, The Thing, Ghostbusters and Batman. He can be found as i_Padds on Twitter making bad puns.