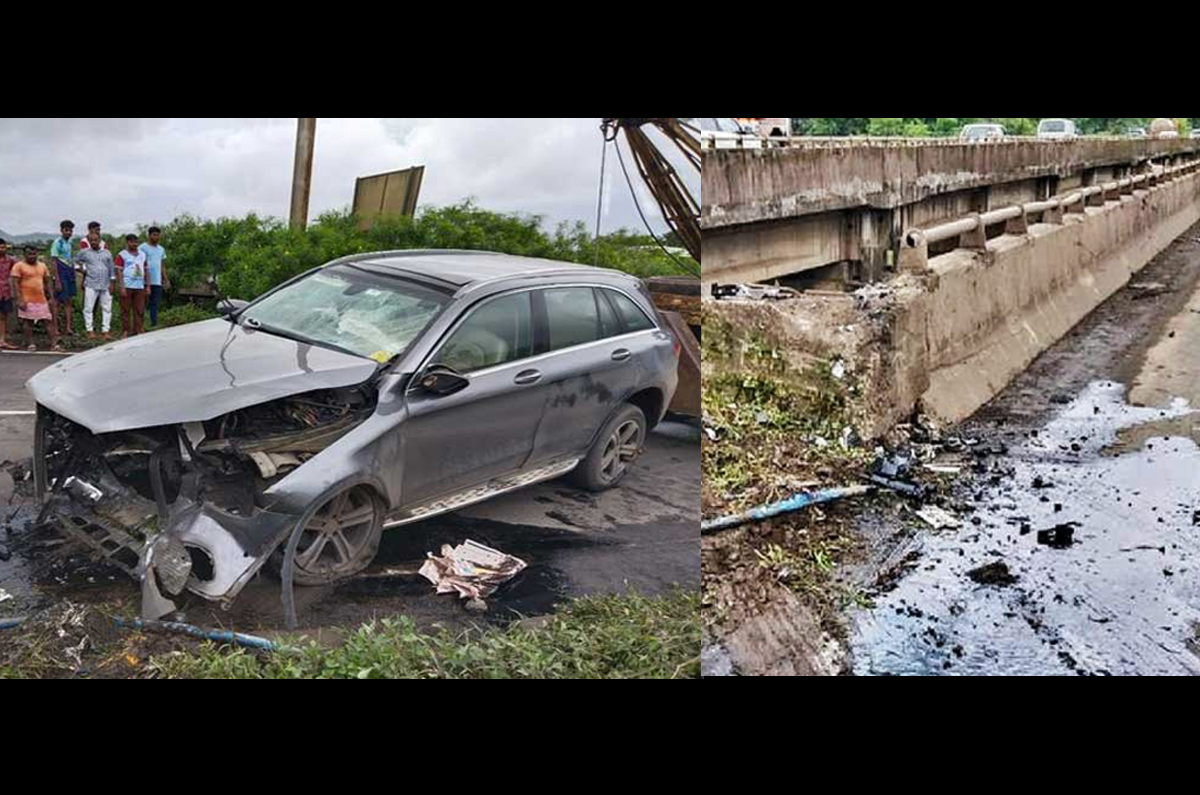 Sudden swerve from wrongly anticipating a road merging from three lanes into two, or avoiding an obstacle or a truck may have caused the SUV to crash into an exposed concrete barrier.

As more details come in on the road accident that took the life of Cyrus Mistry and Jehangir Pandole earlier this week, a picture is now emerging that indicates driver error and faulty road conditions are the likely causes of the crash.

Multiple reports and initial police briefings state that Dr Anahita Pandole, who was behind the wheel of the Mercedes-Benz GLC 220d, may have had an error of judgement, or may have been trying to overtake a vehicle from the left. Pandole may have also not anticipated the fact that the road narrowed from three lanes to two at the Surya River Bridge on the Mumbai-Ahmedabad Highway, and the SUV hit the concrete barrier.

This also points to a flawed road design; the concrete wall should not have been left exposed and instead protected by a tapering guard rail/barrier, especially given that the road narrows within a short distance and at a slight bend too. This catches drivers off-guard and forces them to merge into traffic with little time to take evasive action. If a tapering guard rail were present, this would have resulted in a glancing blow, which would have lessened the force of the impact. Unfortunately, this was not the case.

It is also likely that Dr Pandole suddenly swerved to avoid a pothole or a truck that suddenly swung into her path that caused her to lose control.

The road in question is known for its poor condition and has proved to be a troublesome area for a while now. Just a few weeks ago, the Autocar India team had driven down this stretch on the #TaycanK2K drive from Kashmir to Kanyakumari. Chief Road tester Rahul Kakar said, “The roads on this sector after the monsoon are full of potholes and craters – the most treacherous we encountered in 4,000km.”

Initial police reports also suggest that the car may have been over speeding with claims of the car being driven at 130kph on that stretch, which seems very unlikely looking at the limited structural damage and the car’s position after impact.

The damage is mainly on the lower end while the entire structure and front bonnet, all the doors are pretty much intact and have shown minimal deformation. As with most high speed impacts of this nature, the car did not bounce off but was instead resting against the barrier and had to be pulled out. All this does point to the fact that the vehicle may not be at very high speed as is being suggested.

Given the high profile nature of the case, a special crash forensic team is investigating the matter to arrive at the cause as well as add to the selected library of crash investigations that are conducted for research.

In a statement, Mercedes-Benz said, “We are cooperating with the authorities where possible, and we will provide any clarifications to them directly as required.”

Both pictures and reports indicate that the safety systems of the car performed as they were designed to with airbags deploying, however, what is very apparent is the lack of use of seat belts. The two front passengers – who survived – were belted up, while the two in the rear remained unbelted. The impact would have thus thrown the two rear occupants forward with tremendous force resulting in their deaths as well as injuring the front passengers.

Crash tests show that an unbelted rear passenger can collide with the front seats causing them to move forward considerably, thus resulting in high impact loads for the front occupants as well. Head impacts can also arise which can also prove fatal. Mistry and Jehangir Pandole are believed to have died on the spot due to a head injury and whiplash.

This only highlights the need for all occupants to wear a seat belt, and for that matter, even heavy cargo secured well, and that a simple rear seat belt reminder would go a long way towards instilling this habit, something we have been pointing out for a while now. Interestingly, Mercedes-Benz has also been highlighting the importance of seat belt usage with its belt-slide demonstrator showing how even with a very low impact speed, a passenger can be thrown forward with a force exceeding whatever bracing they can muster with the hands and feet.

A true picture will emerge once the crash test forensics are released.

HBO Max: The 10 Best Horror Movies to Watch in October

Why Conservationists Are Hopeful About the Manta Ray’s…

Wiglett Is A New Diglett-Like Pokémon Coming To Scarlet And…

Sweet Valley Twins To Be Graphic Novel Bestseller Of 2022?