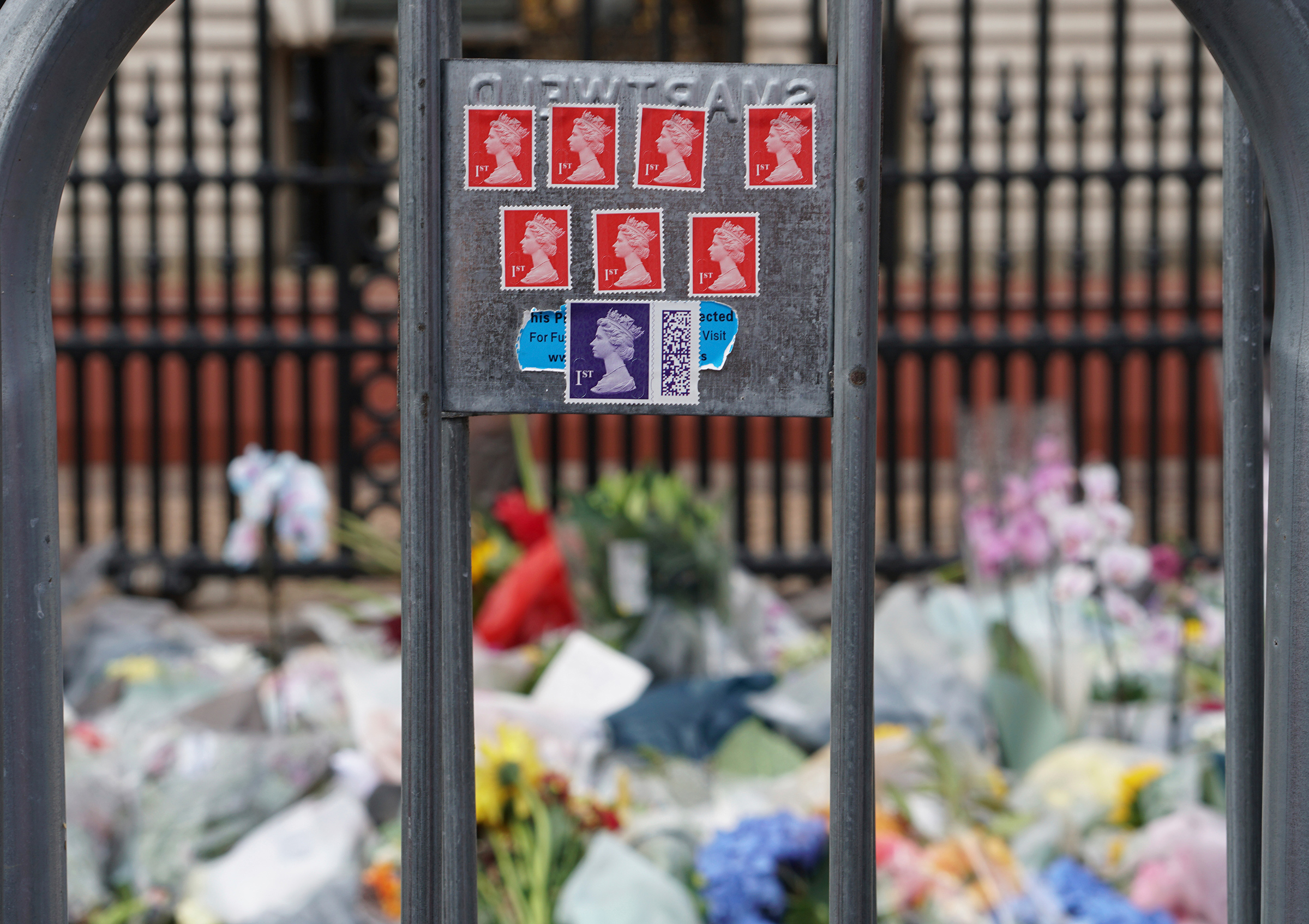 The face of Queen Elizabeth II, who died on Sept. 8, is arguably one of the most recognized in the world. As the head of the Commonwealth, her profile image is currently prominently featured on the coins and banknotes not just of the U.K. but also at least 20 other countries around the world. Currently, all 29 billion coins and 4.7 billion banknotes in circulation in the U.K. feature the Queen’s portrait.

Although official changes are yet to be confirmed, the accession of a new monarch traditionally results in a rollout of new banknotes, coins and stamps, meaning that new versions bearing the portrait of the Queen’s successor, King Charles III, are widely expected. “Most of the events accompanying or following accessions in the modern era, including in 1952, have simply followed what had happened the last time as a matter of habit, or resolution upon ‘how these things are done’—not a set of procedures prescribed by law,” Robert Blackburn, a professor of constitutional law at King’s College London, told the U.K. Parliament in 2011. Other nations with ties to the British monarchy are preparing to make similar changes in the aftermath of the Queen’s death, which brought an end to her 70-year-reign.

While the Royal Mint, which produces Britain’s coinage, has not yet said when it will begin circulating new coins, it will likely take years to remove the currency adorned with the late Queen’s image from circulation and replace it.

But it could be a while until the changes occur (the U.K. is currently in a 10-day mourning period). An official portrait of King Charles III still needs to be commissioned before updated banknotes and stamps enter circulation—and the U.K. may want to exhaust more of its current stock before reprinting new items. The Royal Mint says it has not stopped striking coins bearing Queen Elizabeth II’s portrait and all coins with her image remain legal tender.

Here are some ways the royal symbols that loom large on daily life will likely change with the new monarch.

As the head of an Empire that straddled the globe, the Queen served as the sovereign leader of 15 nations—including Australia, Canada, and New Zealand—and head of a Commonwealth of more than 50 nations.

In Canada, a former British colony, images of Queen Elizabeth II will continue to appear on the backs of coins and on the 20-dollar banknotes currently in circulation. “The current polymer $20 bank note is intended to circulate for years to come,” the Bank of Canada told TIME in a statement. A spokesperson for the Royal Canadian Mint, which is responsible for manufacturing and distributing the coins in Canada, told TIME that it’s up to the country’s government—led by Prime Minister Justin Trudeau—to decide if new currency will feature the portrait of King Charles III.

The Reserve Bank of New Zealand, also a former British colony, told TIME in a statement that it will eventually replace Queen Elizabeth II’s face with the new King’s on its coins and 20-dollar banknotes—but such a change would only happen when all its existing coins and banknotes featuring the Queen have been exhausted.

“The Queen is likely to remain on $20 banknotes issued from existing stock for many years to come,” the central bank said in a statement. “We manufacture these notes infrequently and do not plan to destroy stock or shorten the life of existing banknotes just because they show the Queen. This would be wasteful and poor environmental practice.”

The Reserve Bank of Australia has a similar plan. It said in a statement to TIME that the former British colony will keep its five Australian dollar banknotes featuring the late Queen in circulation “for years to come,” but new coins with a portrait of the King could start entering circulation as early as next year. A spokesperson said it was tradition for the reigning monarch to appear on the lowest denomination of Australian banknote. More than 1 billion Australian dollars worth of five-dollar banknotes are currently in circulation.

As the world’s longest-reigning monarch, Queen Elizabeth II’s portraits have graced the currencies of 33 different countries—more than that of any other individual. Canada was the first country to use the British monarch’s image on its currency, putting the 9-year-old Princess on its 20-dollar notes in 1935. Britain followed 35 years later, in 1960, eight years after she ascended to the throne. Over time, 26 different portraits of Elizabeth have been used in the U.K. and its current and former colonies, dominions and territories—many of which were commissioned for placement on official currency.

These portraits typically show the Queen in formal attire, wearing a crown, although the currencies of Canada and Australia depict her in a plain dress and pearls. Some countries have updated their banknotes over time to reflect the Queen’s age—reprinting new money—while others opted to keep older images of her.

On coins, the Queen’s profile has always faced to the right during her reign, but King Charles III’s profile is expected to face the left, in keeping with a tradition that dates to the 1600s of alternating the direction each monarch’s head on coinage between successive reigns.

British stamps have a long history of featuring the monarchy. The world’s first adhesive postage stamp was launched in the U.K. in 1840 with an image of Queen Victoria, according to the U.K.’s postal service, the Royal Mail. The stamp was so popular that it led to the introduction of the “penny post” in which mail could be sent across the British Empire for just a penny.

More than a hundred years later, in 1966, Queen Elizabeth II’s image was first used on an elaborate postage stamp that has since been printed more than 220 billion times and in more than 130 different colors. On Friday, Royal Mail confirmed on its website that unused stamps will remain valid for use until at least the end of 2023 since “there are sufficient stocks to fulfill anticipated demand.”

“We will make further announcements at the appropriate time after consultation with Buckingham Palace,” it added. “For now, we remember the Queen’s lifetime of dedication to public service.”

Royal Mail also confirmed that all existing post boxes that feature the Queen’s cipher—or insignia—will remain unchanged. Hundreds of bright red pillar boxes can be found along the U.K.’s roadsides, many of which carry the letters “E” and “R” for Elizabeth II and Regina, the Latin word for queen.

Stamps of Queen Elizabeth II on a fence at Buckingham Palace, Sept. 8, 2022.

“God save our gracious Queen! Long live our noble Queen! God save the Queen!”

Crowds have chanted these words at sporting events and celebrations since 1952. For most Britons, it’s the only version of the national anthem they have ever known. But the word “Queen” will be substituted with “King” for Charles, as is tradition for the anthem, which was first publicly performed in London in 1745. That version hasn’t been used since 1952 when the Queen’s father George VI died. Crowds outside Buckingham Palace sang “God Save the King” while being greeted by King Charles III on Sept. 9.

Britain’s newly installed Prime Minister Liz Truss ended her speech on Thursday “God save the king,” a mark of respect to the new monarch.