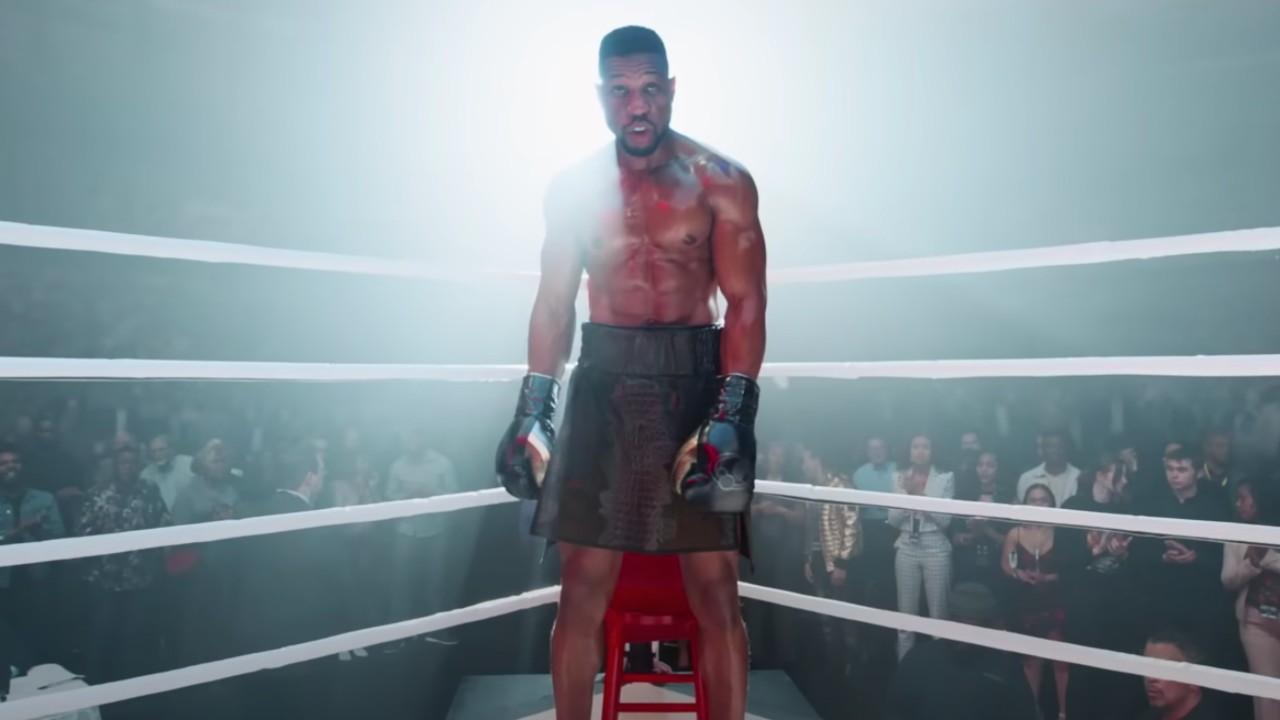 Over the course of the past year or so, we’ve watched Jonathan Majors’ physical transformation as he prepared to play three ripped characters in Ant-Man and the Wasp: Quantumania, Creed III and Magazine Dreams. Now, these movies are all set to release throughout 2023, and the actor, whose hard work has clearly paid off, is opening up about the challenges of getting in shape.

Following the premiere of his latest project Magazine Dreams at the Sundance Film Festival, Majors spoke with Deadline about his latest film and how he could relate to his bodybuilding character. The actor explained that the lineup of his three upcoming films on the 2023 movie schedule caused him to train in a way that caused him to feel quite isolated, like his character. The actor said:

On a lighter note, Majors also noted he had to learn to live without french fries. And while the lack of fries and the isolation was difficult, he also made it clear he was grateful for all these opportunities, and he really wanted to take on these projects, specifically in regard to Magazine Dreams:

The actor 100% capitalized on the opportunities, as he will be playing the new big bad Kang in multiple upcoming Marvel projects, starting next month with Ant-Man. Then he’ll go head to head with Michael B. Jordan in the third installment of Creed. He’ll then round things out by playing aspiring bodybuilder Killian Mddox. In short, that’s a lot of movies, and a lot of jacked men to play. Majors is aware of this, and he put in the work to be in the best shape he could be. However, that didn’t come without its challenges, he continued talking about the “tough” work saying:

His training definitely sounds intense. When making Ant-Man he would wake up at 4:30 a.m. to go to the gym, and then go back again at 7 a.m. to maintain the physique needed to play Kang. I’m sure his routines were similar for the other two physically demanding roles.

Even though all this work sounds physically and mentally challenging, Majors seems to have found the silver lining and learned a lot from the experience. He’s also acutely aware of how his physique plays into his characters’ stories. For example, while the internet blew up when they saw Majors in Creed III for the first time, he explained that for his character, the shape he was in is deeply connected to his trauma. Knowing the deeper meaning of why his characters were motivated to get in shape is fascinating, and learning about how he prepared for them is both intense and admirable.

We’ll get to see all of Majors’ hard work pay off soon, as the third Ant-Man movie is set to hit theaters on February 17 and Creed III comes out on March 3, I’m also sure we’ll be seeing Magazine Dreams in theaters sometime this year too.