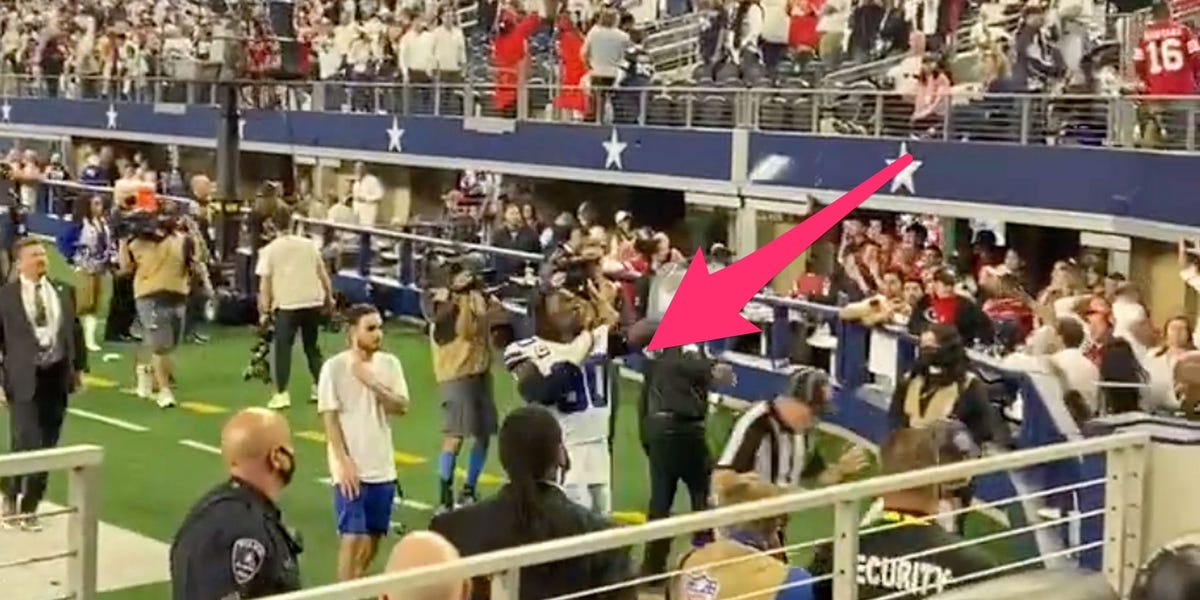 Dallas Cowboys fans were not pleased with how their game against the San Francisco 49ers ended.

With the Cowboys trailing 23-17 with just 14 seconds left, Dak Prescott took off on a run down the middle of the field.

For a moment, it looked as though Prescott had his team in range for one final shot at the end zone. However, as the final seconds ticked off the clock, the Cowboys and the referees struggled to reset the ball so that they could spike the ball and stop the clock.

The official that went to place the ball ran into Prescott’s back, causing a momentary delay that ultimately proved costly — by the time the ball was finally snapped and spiked, the clock already read 0:00.

After the play, the lead official turned on his mic for one final announcement.

“That’s the end of the game,” he said, before he and his crew jogged off the field and towards the tunnels.

It’s good that the officiating crew moved quickly, because Cowboys fans did not respond to the news of their loss well.

Video that made the rounds on social media appeared to show fans throwing trash onto the field as the referees jogged off and even hitting some of the Cowboys players as they made their way off the field.

On Twitter, fans watching at home criticized the behavior of those throwing debris from the stands.

They have won just three postseason games since 1997.

Asian Para Games postponed due to COVID-19 impact in China

The lonely fate of a robot on Mars

‘Dead by Daylight’ announces ‘Attack on Titan’ and ‘Resident…