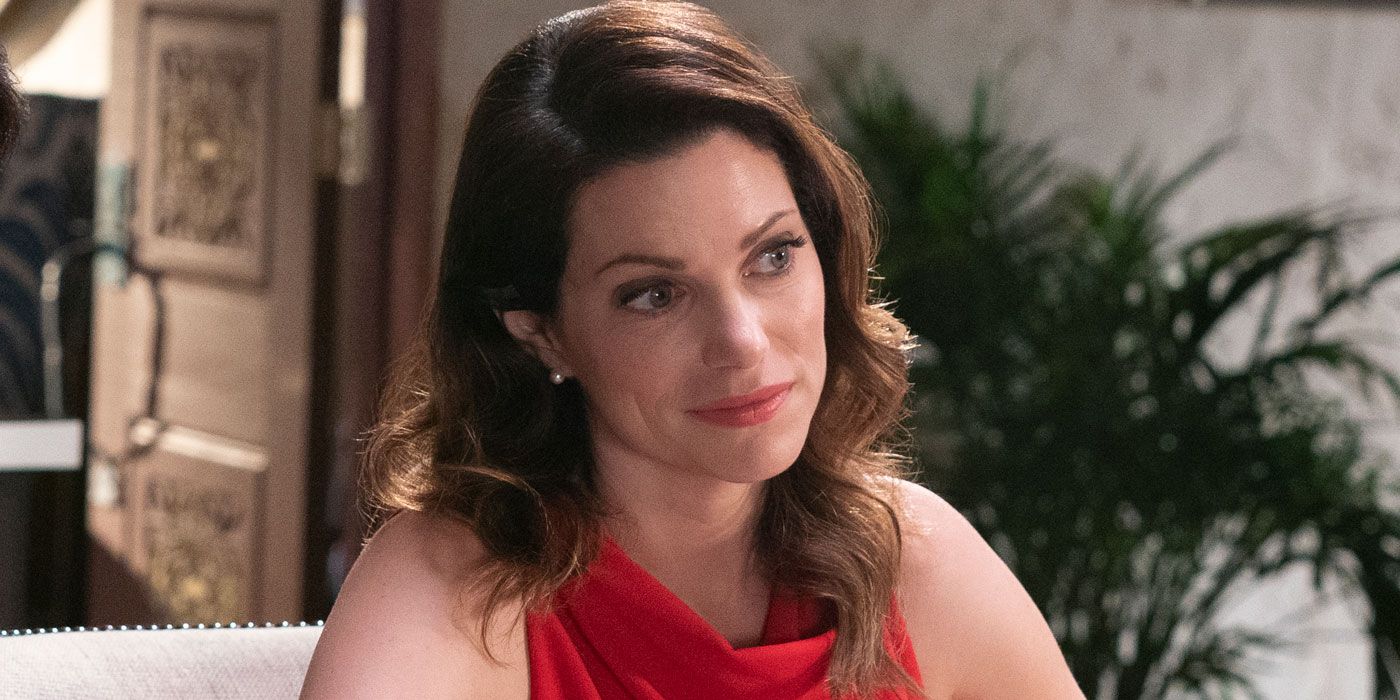 “She’s so important to so many fans, and to me!”

[Editor’s note: The following contains spoilers through the Season 3 finale of Cobra Kai.]

It finally happened; Elisabeth Shue reprised her role as Ali Mills in Cobra Kai Season 3 on Netflix. As expected, her return made a huge impression on Daniel (Ralph Macchio) and Johnny (William Zabka), but there was another character who very much felt the impact of this blast from the past, Courtney Henggeler’s Amanda LaRusso.

While Johnny spends the most quality time with Ali at lunch and then Golf N’ Stuff, ultimately, all three Karate Kid characters reunite at the Encino Oaks Country Club holiday party and that’s where Amanda gets to join their stroll down memory lane. What was it like for Henggeler finally getting to work with Shue? Here’s what she told us:

“You’re working in this universe and I’m used to it now, working with Ralph and working with Billy and slapping Martin [Kove], but Elisabeth Shue is kind of the missing link to this universe that we’ve created. She’s so important to so many fans, and to me! I was a huge Karate Kid fan. She’s important to me! And so, I’m just like, ‘Oh god.’ And everybody’s like, ‘You’re not Ali. Where’s Ali? Amanda’s not Ali.’ I’m like, ‘I know!’ [Laughs] So she’s heightened to me.She was so nice, so lovely that immediately I was like, ‘Oh, this is good,’ until I’m sitting across the table from all three of them. It’s Elisabeth Shue, it’s Billy Zabka, it’s Ralph Macchio and there’s a nine-year-old inside me being like, ‘This isn’t normal. Whatever’s happening right now, you’re gonna have to process later just so you can get through this scene [because] you’re having a fantasy right now.’”

One of the great things about how the writers worked Ali into the show this season is that they do it in a way that winds up bolstering Daniel’s relationship with Amanda. No, Amanda isn’t Ali and now there’s actually more value in that than ever. So much of Cobra Kai has focused on how the past is holding Daniel and Johnny back. But now, with Ali’s encouragement, they can forge forward. In a way, it almost felt like a formal passing of the torch to Amanda, and given how Amanda’s stepped up this season, facing Kreese (Martin Kove) and taking a more active role in the future of Miyagi-do, Daniel’s going to benefit from having her firmly by his side more than ever.

Amanda’s always been an effective mediator for Daniel and Johnny, but with inevitable disagreements about running their Miyagi-do/Eagle Fang combo dojo ahead, she’s bound to face new challenges in that department. Did her encounter with Ali add any new tools to that toolkit, so to speak? Here’s what Henggeler said:

“I think absolutely because as far as Amanda’s concerned, obviously things get more and more aggressive as these seasons are going on and she’s recognizing how dangerous John Kreese is, but as far as the warring karate dojos that these two have, she’s kind of like, ‘You guys are kind of bonkers. This is high school.’ And I think bringing Ali back and her being like, ‘Oh yeah, no. They’re kookies!’ And we’re like, ‘Oh, yeah, yeah yeah. I’m not the only one who sees this!’ I think that’s very helpful to have someone like Ali on her side.”

If you’d like to hear more from Henggeler on Cobra Kai Season 3, be sure to check out the other half of our conversation during which Henggeler broke down that epic slap scene with Amanda and Kreese.

How to become a better investor