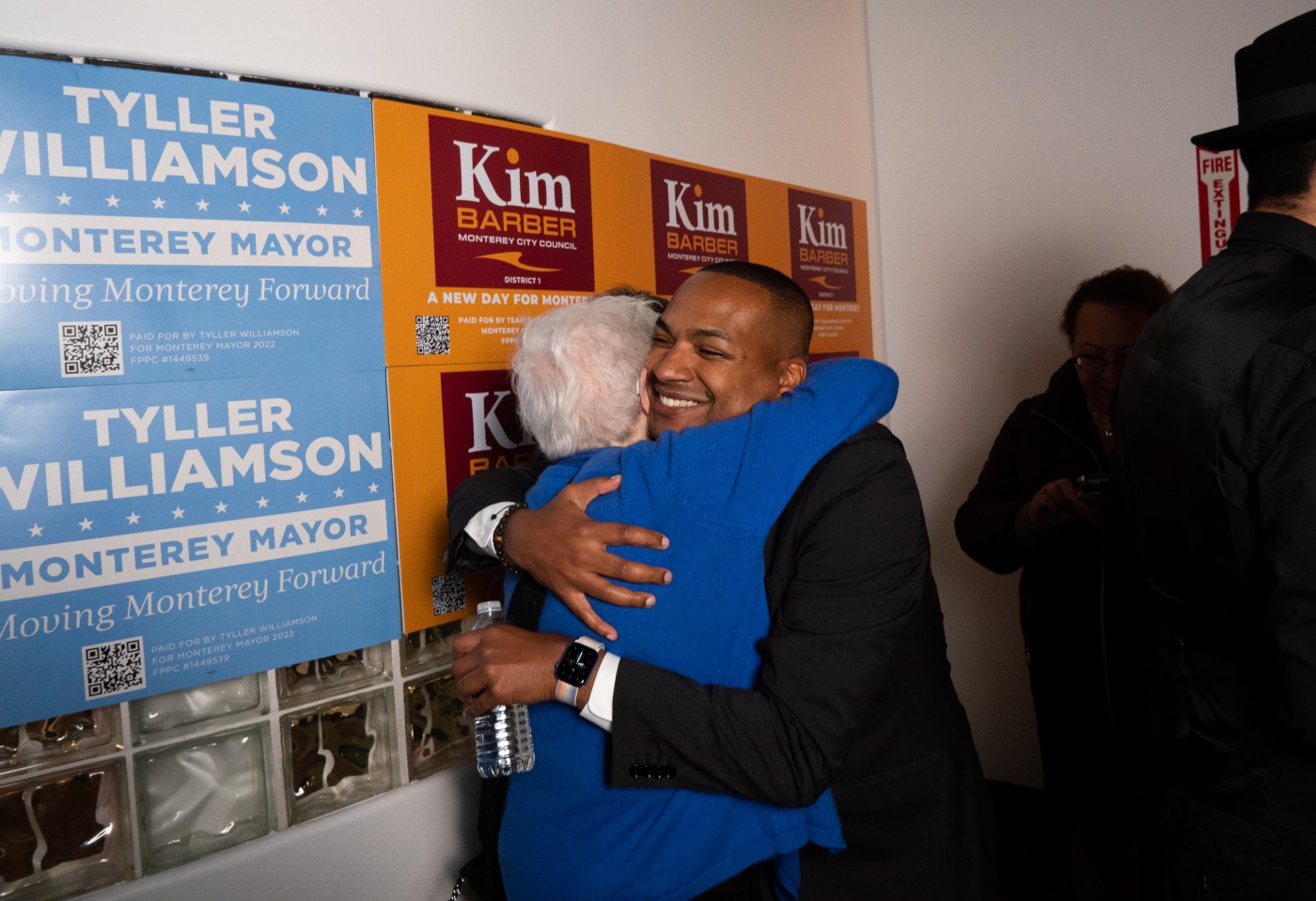 MONTEREY – After widening a close initial edge, Monterey Councilman Tyller Williamson will rise ranks to be the city’s next mayor.

“It has been a healthy debate over the last several months, though the message I’ve been hearing loud and clear from residents is seen in the results of this election – we need to move Monterey forward,” Williamson wrote in an Instagram post.

In what began as a tight contest, Williamson retained the lead early on, outpacing Albert by just a couple hundred votes at the outset of results. Semi-final election results released Wednesday, however, showed the gap between the two candidates grew to an 8% margin with over two-thirds of votes counted.

Per Wednesday’s report, the vote split 54% to Williamson and 46% to Albert. Reached by phone Thursday, Williamson said “it felt amazing to have this anxiousness be lifted.”

“Now I can transition to this space of not campaigning or worrying about results but getting ready to transition administrations and rolling up our sleeves to get working on the important issues facing Monterey residents,” he continued.

Albert could not be reached for comment for this report.

Williamson will become Monterey’s first new mayor in eight years, replacing Mayor Clyde Roberson, who has been on the Monterey City Council on and off as both mayor and councilman for the past four decades. Williamson will also be the city’s first Black and openly gay mayor, though the 35-year-old focused his campaign on key concerns in the community rather than his identity alone.

“First and foremost, I wasn’t running as someone who is part of the LGBTQ+ community or for the fact that I was Black,” Williamson explained.

Still, he acknowledged the weight of visibility.

“That being said, those identities are important. …People of color seeing me in this position and queer people seeing me in a position of power is important,” Williamson went on. “Representing underrepresented groups that often deal with discrimination and prejudice is a weight that I carry heavy on my shoulders.

“People are looking up to me, not just because I will be mayor but because I’m a gay, Black mayor of the city of Monterey. It gives me more motivation to push hard to do the work and achieve the vision that I ran my campaign on – to make Monterey a better community for everybody.”

“I think the election results speak to how people want change, and they want to get things done in the government,” Williamson said Thursday.

The new Monterey City Council will be seated in December. Williamson said his first focus will be speaking with council members, as well as the community, to define what the city’s priorities are for the next two years. Yet who will be on Monterey’s new City Council when those conversations commence is still, in part, undecided as an active search for Albert’s replacement is just getting started.

With Albert running for mayor, his council seat was vacated on Election Day. Albert’s term, however, was not up for another two years, as he was elected through 2024. City officials are now seeking qualified applicants to fill out the vacancy for the remainder of Albert’s term. The open seat is an at-large position, meaning any registered voter living within the city’s limits can apply. The application period will run through Nov. 28. For more information and application materials, go to haveyoursaymonterey.org/councilvacancy2022.

As for other local election results, Williamson is not the only rookie mayor that could be incoming to the Peninsula. In the race for Del Rey Oaks mayor, City Councilman Scott Donaldson is maintaining his lead against incumbent Allison Kerr. As of Wednesday’s update from the county elections office, Donaldson has 52.2% of the vote while Kerr has 47.48% with just under 75% of votes counted. That’s a lead of about 40 votes in the small town, with just over 300 ballots left to be tallied.

In Pacific Grove, the six-way contest for three council positions shook out to favor incumbent Councilman Joe Amelio and medical research coordinator Lori McDonnell, who had 22.46% and 21.26% of votes counted in semi-final results. The pursuit for third is a tighter race. Real estate broker Debby Beck is leading with 17.18% of the vote, while retired business leader Tina Rau is trailing close behind with 16.87%.

How Pacific Grove’s Measure O will fare in final election results is likewise undecided. The measure, which would change the city’s charter to reduce the size of the City Council from six elected officials to four, has 50.1% voting in opposition in most recent results (a difference from favorable votes by a margin of 13). The slight swing toward striking down the measure marks a change in tides from early returns, which started with almost 54% voting in favor.

What surely fell short in last week’s election was Measure Q, the local ballot measure proposed to establish childcare services in Monterey County. Though going into the election with a long list of endorsements – including the entire Monterey County Board of  Supervisors, Rep. Jimmy Panetta (D-Carmel Valley), state Sens. Anna Caballero and John Laird, most of Monterey County’s mayors and many local school administrators and board of education representatives – the measure failed to garner the majority approval required. Wednesday’s results showed that 58.94% of votes counted voted no on the measure.

A full list of election results can be found at https://www.montereycountyelections.us/latest-election-results/. New results are expected from the Monterey County Elections Office by 5 p.m. Friday.