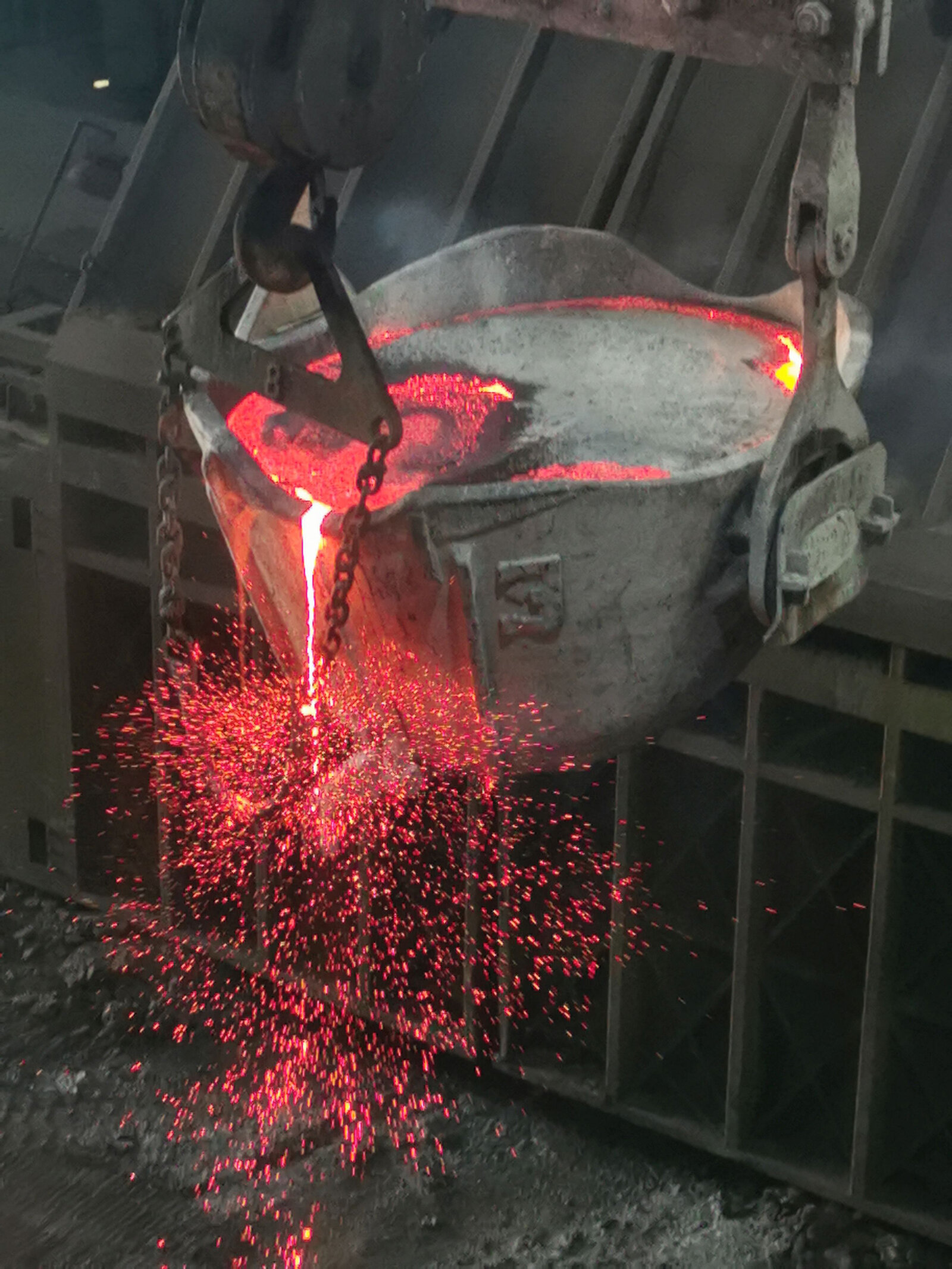 As the world’s largest copper exporter, Chile is encountering a growing number of sulfur-based ore layers containing toxic arsenic in its copper mines. Conventional strategies for separating and landfilling arsenic are proving limited in this area. The German-Chilean project team, led on the German side by the Fraunhofer Research Institution for Materials Recycling and Resource Strategies IWKS, is working towards optimizing and advancing copper production processes so that Chile is able to tackle the problem of arsenic in the most effective, cost-efficient and environmentally friendly way going forward.

Copper is a semimetal with many useful properties: It is a conductor of electricity and heat, with a soft consistency and a very distinctive appearance. Therefore, it’s no surprise that there is a high demand for this raw material, particularly in the fields of electrical engineering, communications technology, construction and handicrafts. Although copper is now readily recyclable, global demand is on the rise, thus calling for the continued mining of copper. Chile is the world’s top copper producer and exporter. In 2021 alone, it mined about 5.6 million metric tons of copper, which is equivalent to approximately one quarter of the world’s total mining volume. This makes the copper industry one of the country’s most important sources of income.

The copper in Chile is mined in open-pit copper mines in the Atacama Desert. Ore is blasted here from holes with diameters of up to two kilometers. This ore has a copper content of around two percent, which is extracted in several stages: The ore is first ground and then subjected to flotation, which involves the wet chemical foaming of the material, in order to separate the high-copper ore from the low-copper ore. This results in copper concentrate, which Chile also sells. It contains around 20 to 30 percent copper. The concentrate is then smelted in blast furnaces and finally purified in electrochemical electrolysis processes in order to obtain pure copper.

As well as copper, the excavated ore layers often also contain arsenic, which, due to its toxicity, needs to be extracted from the ore. This takes place almost automatically when the ore is heated: The arsenic turns into gas. In Chile, the current procedure is to capture the gas, dissolve it in sulfuric acid and then transform it into solid calcium arsenate or calcium arsenite in a process known as precipitation. These calcium compounds are then deposited in the Atacama Desert. Previously, the fact that these compounds are water-soluble never presented any problems since the Atacama Desert is one of the driest regions in the world. However, climate change has caused an increase in rainfall in recent years, which now raises the issue of environmental contamination. At the same time, some mines are penetrating layers that are no longer oxygen-based but sulfur-based and thus contain more arsenic. As a result, the amount of arsenic to be deposited will increase in the future, particularly given that there are currently no industrial uses for arsenic.

Many approaches, one goal

“These two developments are now making Chilean mine operators rethink the way in which they previously disposed of arsenic and adapt to these new circumstances without delay,” explains Anna-Lisa Bachmann, who works at the Fraunhofer Research Institution for Materials Recycling and Resource Strategies IWKS in Alzenau and coordinates the “ReAK—Reduction of Arsenic in Copper Concentrates” project. “We are investigating new ways of separating and depositing the arsenic as part of this project so that the environmental impact is minimized as much as possible,” says the researcher. Fraunhofer IWKS launched a first project in 2018, which brought together a consortium of numerous German and Chilean partners from both research and industry. The project officially began in September 2019 with funding from the German Federal Ministry of Education and Research.

Since then, several different potential process steps have been researched in more detail, starting with the further processing of arsenic-rich copper concentrate. “We are putting a range of possible options to the test, with the intention of identifying the most effective individual modules and the most successful sequence of steps,” Bachmann describes. The consortium is exploring a number of processes, including arsenic-selective flotation, sulfation roasting, and microbial and sulfidic leaching.

Alternative oxidation processes resulting in more stable and less toxic arsenic5+ compounds instead of unstable and water-soluble arsenic3+ compounds are also being considered. “One option for this oxidation step could be the use of hydrogen peroxide, but this is very expensive,” Bachmann explains. “This is why we at Fraunhofer IWKS are investigating electrochemical oxidation with diamond electrodes as a viable alternative in the course of this project. They feature a particularly large electrochemical window, resulting in the formation of hydroxyl radicals in aqueous solutions. These then oxidize the dissolved arsenic efficiently and reliably without the need for additional chemicals.” Other project partners are also evaluating UV- and ozone-assisted as well as microbial oxidation processes.

The first step of all work packages is to test whether the method in question actually works and whether it delivers the desired result. Fraunhofer IWKS will compare their cost-effectiveness and environmental impact in the context of life cycle assessment and life cycle costing analyses as soon as all of the individual results are available.

“We will use this to develop a new concept for landfilling that will provide recommended actions to the Chilean government, considering both governmental requirements and the available financial resources,” concludes Bachmann. This is particularly relevant given that much of Chile’s copper industry, including one of the mines participating in the project, is state-owned.

A number of these tests have already been completed, and others are expected to be completed soon. While reciprocal sample deliveries and in-person meetings have been delayed as a result of the Corona pandemic, Anna-Lisa Bachmann remains confident that all partners will have jointly developed a promising strategy by summer 2023, significantly helping the Chilean copper industry.

Insta360’s gimbal webcam is a DJI Pocket without a body