Connor Hawke Has Come Out to His Mother 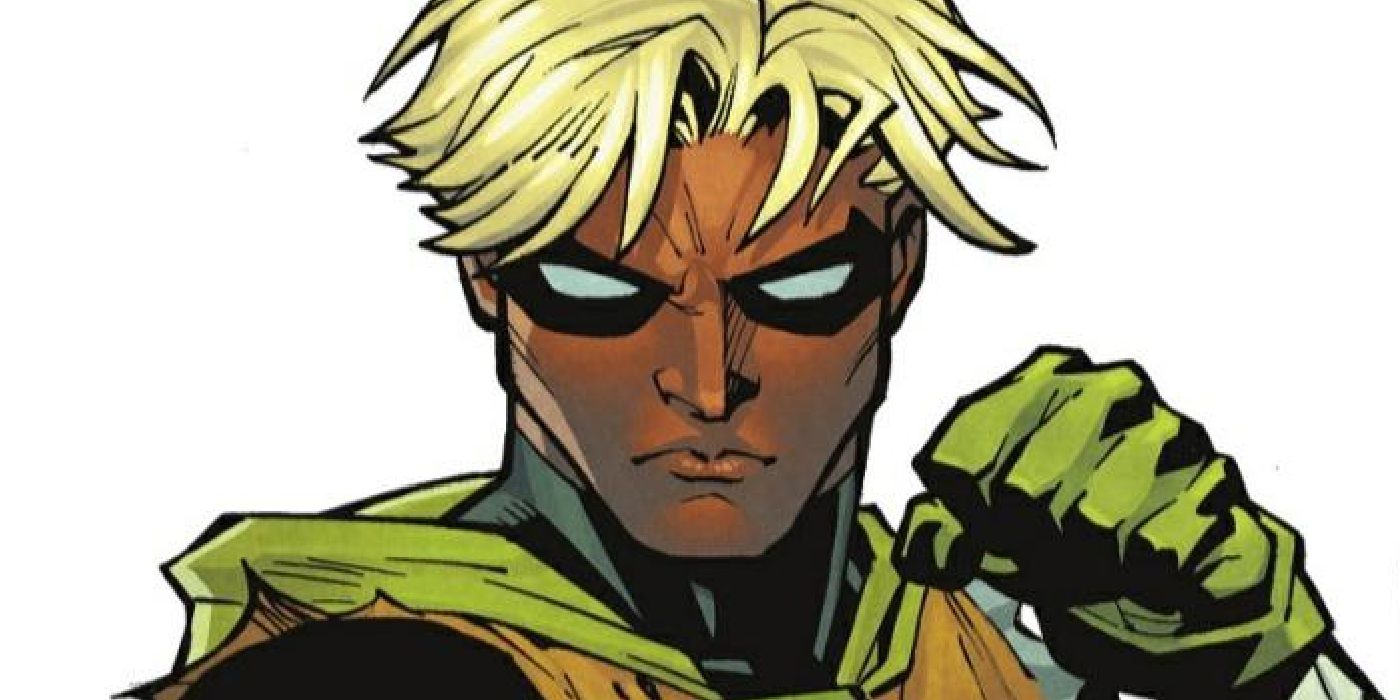 Connor Hawke explained his asexuality to his mother in DC’s Pride 2022 anthology and received a heartening response, Robin #16 reveals.

The following article contains spoilers from Robin #16, on sale now.

Connor Hawke, the son of Green Arrow, came out to his mother about his asexuality in a letter published in the recent DC Pride 2022 one-shot, and her response is finally revealed in the pages of Robin #16.

“She wrote me back,” Connor tells Damian Wayne as the two heroes catapult across the rooftops of Tokyo in Robin #16. “She said she was proud of me.” Connor’s letter to his mother was outlined in the story “Think of Me,” by Ro Stein and Ted Brandt. Over the course of the tale, Connor goes up against the Music Meister and muses on how the villain’s “cacophonous” noise is reminiscent of a lot of the pressures he feels to conform to society’s celebration of the sexual aspect of love.

“Because when that noise is everywhere, it can be hard to hear the silence within yourself,” Connor wrote in the letter to his mother. “Especially when everyone in the orchestra thinks your silence is an aberration. Ruining their chorus. But this silence is me. And it has a beauty of its own. I’m asexual, Mom. And I’m proud of who I am, now that I can hear it.”

Connor Hawke, who originally debuted in the pages of 1994’s Green Arrow #0, is the child of Oliver Queen and Sandra Moonday Hawke, a woman of African American and Korean heritage. Connor spent much of his youth in an ashram and was shown to be uninterested in romance throughout many of his appearances in the ’90s and 2000’s. After a long absence from DC continuity in the aftermath of the company’s New 52 and Rebirth reboots, Connor returned in the pages of Detective Comics #1034, and was later developed in Robin and the one-shot DC Festival of Heroes: The Asian Superhero Celebration, which reconfirmed his origin as the estranged son of Green Arrow.

At the end of DC Price 2022, Damian encouraged Connor to speak with his mother in person. Connor’s response in Robin #16 indicates that he has yet to do so, but is nevertheless one step closer to finding self-acceptance with one of his parents, and with himself. Whether Connor will continue his journey by reaching out to his father remains to be seen, but his blossoming friendship with Damian Wayne indicates that when he does, he’ll have the unflinching support of the Boy Wonder.