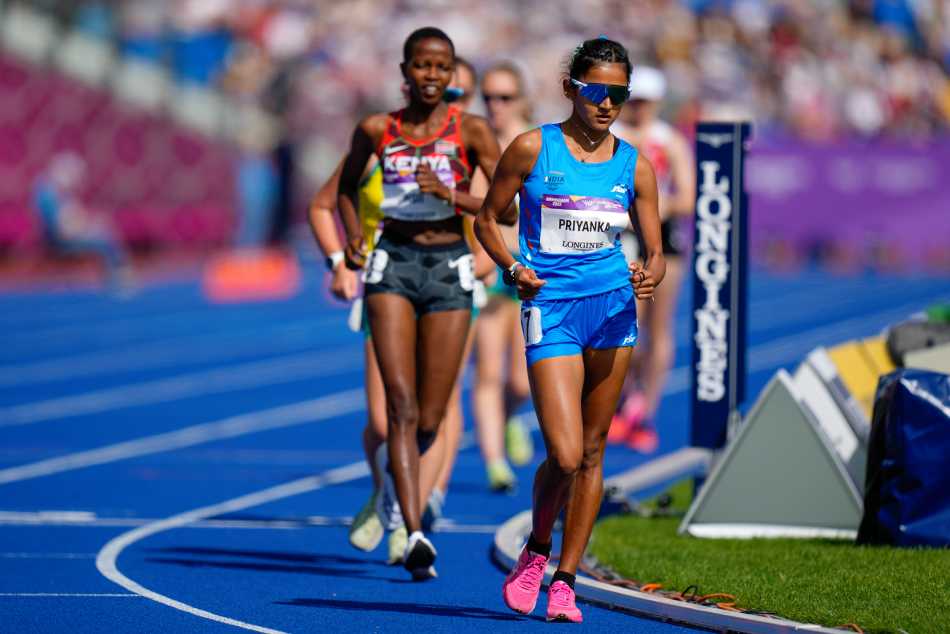 Australia’s Jemima Montag clinched the yellow metal in 42:34.30 while Kenya’s Emily Wamusyi rounded off the podium with an effort of 43: 50.86, which is an African record.

For the records, Priyanka is the first Indian woman to win a medal in racewalking event in CWG.

The 26-year-old also becomes only the second athlete overall after Harminder Singh, who had won a bronze in the 20kms at the 2010 CWG in Delhi.

Priyanka was always in contention of a medal as she was in the first position initially. As she progressed, she lost her lead but by the finish, she was still good enough to come at second position, adds PTI news aganecy.

Meanwhile, Montag’s time was not only her personal best, but a new CWG record as well.

The Aussie was in the third position initially. But by the time she crossed 5,000M, she gained a lead and never looked back.