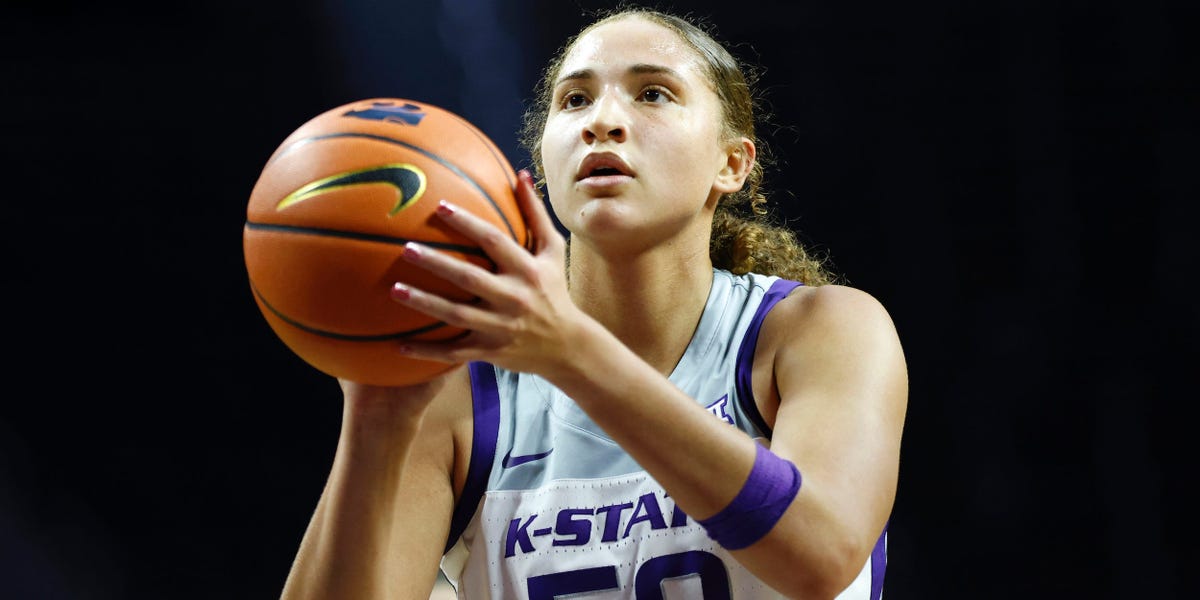 Lee shot an impressive 77% from the field and went 15-17 from the charity stripe while pulling in 12 rebounds and recording three blocks in the remarkable performance, which the junior chalked up to “consistent, simple, and dominant” play.

She very nearly outscored Oklahoma — the 14th-ranked team in the nation — on her own.

Lee exited the game to a standing ovation from the home crowd with 2:37 remaining in the fourth quarter and the Wildcats up by 29 points. At that point, she and the Sooners — the country’s top offensive team entering the game — were knotted at 61 points apiece.

Oklahoma went on to score another four points in those final minutes without Lee on the floor, but the Sooners and the Kansas State phenom finished with the exact same number of made field goals on the afternoon.

The only difference? It took Oklahoma 61 attempts to bag 23 shots from the floor, while Lee reached the mark in just 30 tries.

Lee is now the second-highest scorer in women’s college basketball, behind only Iowa Hawkeyes superstar Caitlin Clark. But the Wildcat leads all of Division I with 200 field goals made on the season — 34 baskets from the floor more than the next player on the list.

Even despite all of the individual accomplishments and accolades she’s earned this season, Lee was not inclined to focus on herself or her historic achievement after Sunday’s 94-65 victory. Instead, she expressed gratitude to everyone at Kansas State who has helped her reach this point.

“I’m just so thankful for the people around me, for my teammates, and my coaches trusting me,” Lee said after the game. “We came out and just took care of business. We still have so much season to play, so I’m just excited to see how the rest of it goes.”