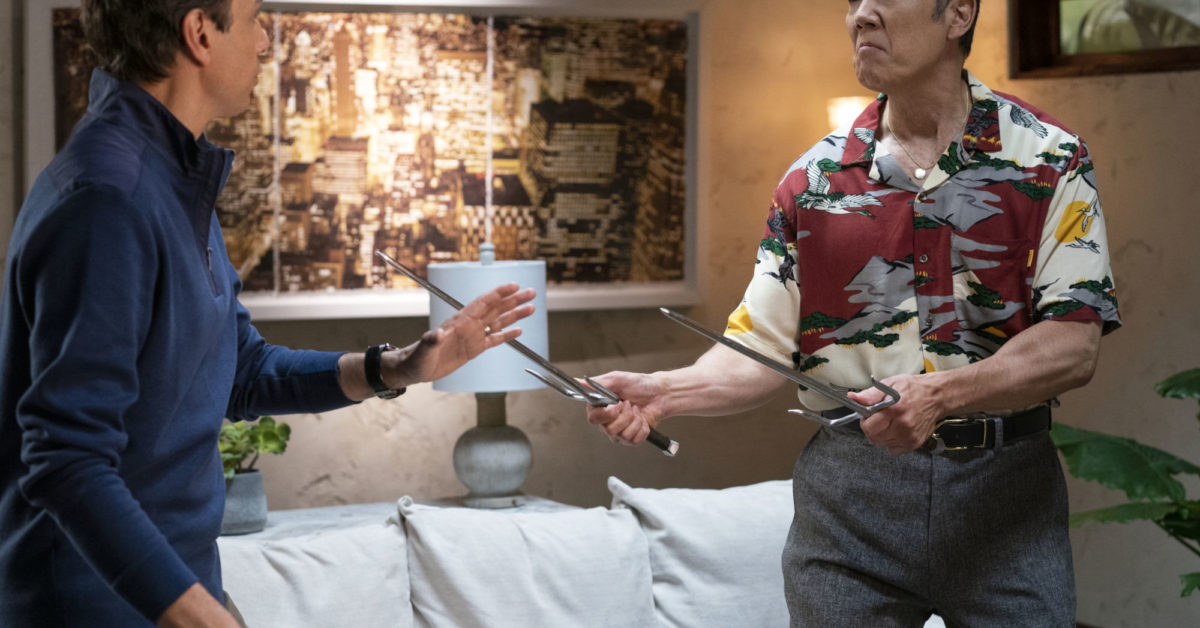 The next chapter of The Karate Kid saga continues as co-executive producer Jon Hurwitz provided a tease for the fifth season of Cobra Kai. “I’ve seen the Cobra Kai S5 trailer and I’m obsessed. Perfectly sets the tone, without ruining all the surprises,” he tweeted. “This one feels like a different (but same) kind of 80s movie. September 9th can’t come soon enough!” Season five picks up after the fallout of the All-Valley Karate Tournament that saw Cobra Kai victorious.

The agreement in place at the end of season three was that if Cobra Kai emerged victorious, then Daniel LaRusso (Ralph Macchio) would have to shut down Miyagi-Do and Johnny Lawrence (William Zabka), the same for Eagle Fang. Given the point ranking system, it was Cobra Kai’s Tory Nichols’ (Peyton List) victory over Miyagi-Do’s Samantha LaRusso (Mary Mouser) in the women’s tourney that solidified the dojo’s victory. It was discovered Tory’s win was tainted as she overheard the conversation that saw CK’s Terry Silver (Thomas Ian Griffith) bribing the referee.

When Eagle Fang’s star pupil, Miguel Diaz (Xolo Maridueña), ran away to Mexico to track down his biological father, Johnny made a promise to his mother that he’ll track him down. As revealed in the season five teaser, his son, who Johnny recently reconciled with, Robby Keane (Tanner Buchanan), joins him on the search. Meanwhile, Daniel spoke at Mr. Miyagi, his former sensei, at his gravesite, declaring he’s breaking his promise he made with Silver and John Kreese (Martin Kove), swearing to take down his rival dojo once and for all enlisting another rival & Miyagi-Do master Chozen (Yuji Okumoto) for his help. It’s still hard to believe Cobra Kai season five is just over a month away. The series also stars Courtney Henggeler, Jacob Bertrand, Gianni DeCenzo, Vanessa Rubio, Alicia Hannah-Kim, Dallas Dupree Young, and Griffin Santopietro.

I’ve seen the Cobra Kai S5 trailer and I’m obsessed. Perfectly sets the tone, without ruining all the surprises. This one feels like a different (but same) kind of 80s movie. September 9th can’t come soon enough! #CobraKai #Season5 #Netflix