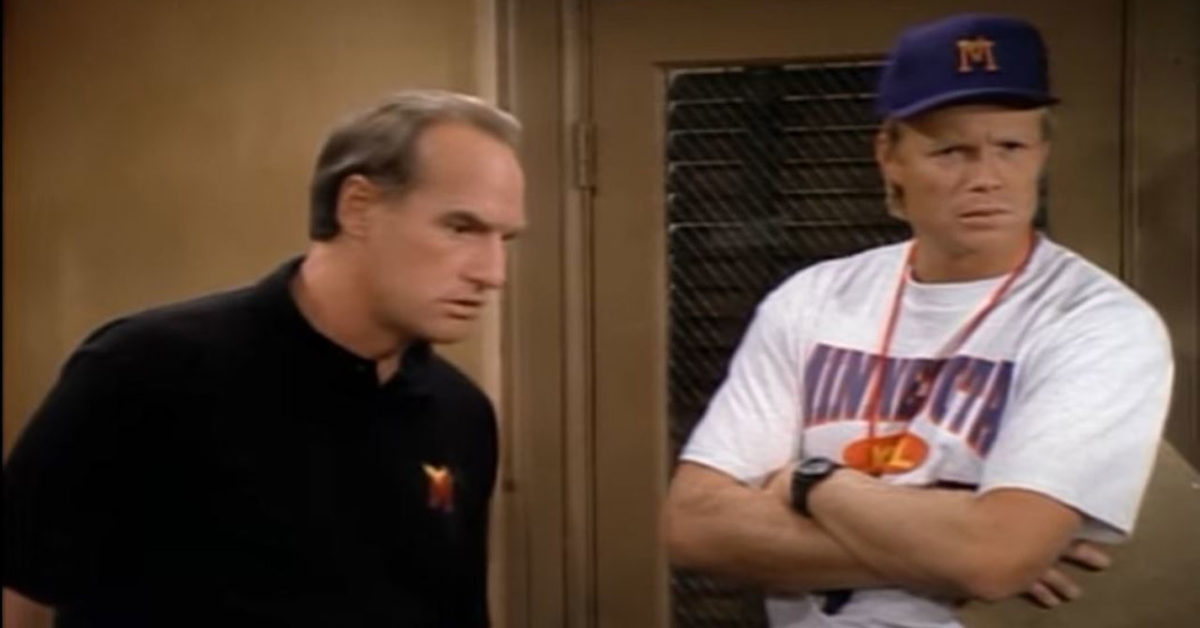 If there’s anyone who’s weathered the storm of TV success across generations, it’s Young Sheldon star, Craig T. Nelson. Over 25 years ago, he also starred in ABC’s sports sitcom Coach, but the actor lamented his own luck since the entertainment industry’s changed so much (especially during the streaming era) since he last played Coach Hayden Fox, the gruff leader tasked to run the college football program at fictional Minnesota State. The series, which ran from 1989-1997, also starred Jerry Van Dyke and Bill Fagerbakke, who played his coaching assistants Luther and Dauber. Rounding out the cast was Clare Carey, who played his estranged daughter Kelly, and Shelley Fabares as his love interest and TV anchor Christine.

Creator Barry Kemp (Taxi, Newhart) recalled Nelson’s audition following network skepticism from his failed drama series Call to Glory in 1985, which was canceled after one season. “I don’t know if I could say it felt like a special project at first because it was a bit of a long shot,” Kemp said. Nelson recalled how close the cast was, “We had lunch together every day for nine years.” The series netted 16 Emmy nominations and won its lead Best Actor in a Comedy honor in 1992.

The actor recalled when Coach was running, how decisions ultimately fell on three people creatively: Bob Iger, then the head of ABC Entertainment during the show’s premiere in 1989; Kerry McCluggage, president of Universal Televison, and Kemp. “It was a much smaller community in terms of the corporations that ran or are running television,” Nelson said. “It’s more corporate decision-making that I think has taken away the elements of spontaneity and inventiveness. And there’s a lot of fear now in the business in terms of making a decision. When we were doing ‘Coach,’ we had basically three people that were involved in anything that we did. We didn’t have an audience of 15 making decisions.”

Nelson praised the creative space Coach was given. “The freedom we had was more expansive, and it was arguably easier to get things done that you felt benefited the show,” The Incredibles star explained. “And that could be a change in direction of the show. It could be a change in the character. It could be decisions about the season. It involved a lot of things — you were more involved. So it was a time that I look back on now, and it’d be very difficult to do that, at least from my experience.”

This is something Nelson attributes to streaming culture. “When streaming came in, it opened things up,” he says about the addition of new platforms and opportunities for projects. “But what did it do? It gave you a glut and, at the same time, this kind of stress on making sure it was successful, whatever that meant. So you had a lot of people involved in making that decision because you had people that hadn’t necessarily grown up in the business now running shows and writing them.” A reboot of Coach was explored with Nelson and Fagerbakke reprising their roles and Kemp back creatively, but NBC passed on the project. The two stars did reunite on Young Sheldon as different characters. For more on Nelson’s career, you can check out more at The Hollywood Reporter.

Denial of responsibility! My droll is an automatic aggregator of the all world’s media. In each content, the hyperlink to the primary source is specified. All trademarks belong to their rightful owners, all materials to their authors. If you are the owner of the content and do not want us to publish your materials, please contact us by email – [email protected]mydroll.com. The content will be deleted within 24 hours.