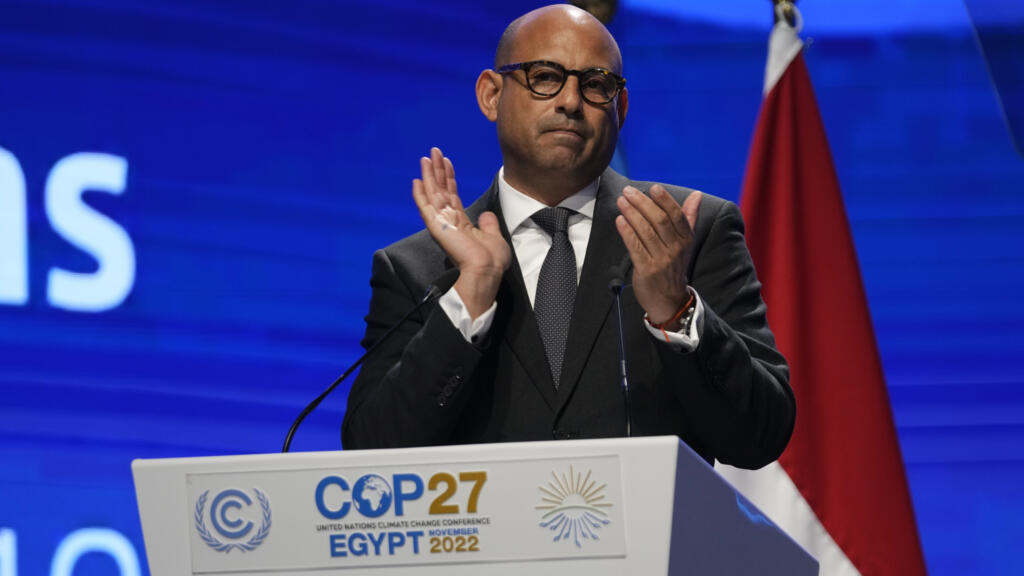 An often fraught UN climate summit wrapped up on Sunday with sweeping agreement on how to tackle global warming and a “historic” deal to create a special fund to cover the damages suffered by vulnerable nations.

The two-week talks, which at times appeared to teeter on the brink of collapse, delivered a major breakthrough on a fund for climate “loss and damage” but left some disappointed over a failure to push further ambition on cutting emissions.

Delegates applauded after the loss and damage fund was adopted as the sun came up Sunday following days of marathon negotiations over the proposal.

“This is a very positive result from 1.3 billion Africans,” he told AFP.

“Very exciting because for us, success in Egypt was going to be based on what we get from loss and damage.”

A final COP27 statement covering the broad array of the world’s efforts to grapple with a warming planet held the line on the aspirational goal of limiting global warming to 1.5 degrees Celsius from pre-industrial levels.

It also included language on renewable energy for the first time, while reiterating previous calls to accelerate “efforts towards the phasedown of unabated coal power and phase-out of inefficient fossil fuel subsidies”.

But that failed to go much further than a similar decision from last year’s meeting in Glasgow on key issues, disappointing observers.

“But it is mind-boggling that countries did not muster the courage to call for phasing down fossil fuels, which are the biggest driver of climate change.”

As the final session stretched until sunrise after crunch talks went overnight, some delegates slept in their chairs, others struggled to keep their eyes open.

UN chief Antonio Guterres said the UN climate talks had “taken an important step towards justice” with the loss and damage fund.

“Clearly, this won’t be enough, but it is a much needed political signal to rebuild broken trust. The voices of those on the frontline of the climate crisis must be heard,” he said in a recorded message.

A statement from the Alliance of Small Island States, comprised of islands whose very existence is threatened by sea level rise, said the loss and damage deal was a “historic” deal 30 years in the making.

“The agreements made at COP27 are a win for our entire world,” said Molwyn Joseph, of Antigua and Barbuda and chair of AOSIS.

“We have shown those who have felt neglected that we hear you, we see you, and we are giving you the respect and care you deserve.”

Conversely the deal on loss and damage — which barely made it onto the negotiation agenda — gathered critical momentum during the talks.

Developing nations relentlessly pushed for the fund during the summit, finally succeeding in getting the backing of wealthy polluters long fearful of open-ended liability.

With around 1.2C of warming so far, the world has seen a cascade of climate-driven extremes in recent months, shining a spotlight on the plight of developing countries faced with escalating disasters, as well as an energy and food price crisis and ballooning debt.

The World Bank estimated that devastating floods in Pakistan this year caused $30 billion in damage and economic loss.

Pakistan’s Climate Minister Sherry Rehman said prior to the fund’s approval that its creation would be “a historic reminder to vulnerable people all over the world that they have a voice and that if they unite… we can actually start breaking down barriers that we thought were impossible”.

The fund will be geared towards developing nations “that are particularly vulnerable to the adverse effects of climate change” — language that had been requested by the EU.

The EU had pushed for the wording with the aim of ensuring that wealthier developing countries such as China, which has grown into the world’s second biggest economy, are not beneficiaries of the fund.

The Europeans had also wanted to broaden the funder base to cough up cash — code for China and other better-off emerging countries.

The final loss and damage text left many of the thornier questions to be dealt with by a transitional committee, which will report to next year’s climate meeting in Dubai to get the funding operational.

On Saturday morning, with the talks already in overtime, the European Union said it was prepared to have “no result” rather than a bad one over concerns around ambition on emissions cuts.

Scientists say limiting warming to 1.5C is a far safer guardrail against catastrophic climate impacts, with the world currently far off track and heading for around 2.5C under current commitments and plans.

“The historic outcome on loss and damage at COP27 shows international cooperation is possible,” said Mary Robinson, former president of Ireland and Chair of The Elders.

“Equally, the renewed commitment on the 1.5C global warming limit was a source of relief. However, none of this changes the fact that the world remains on the brink of climate catastrophe.”