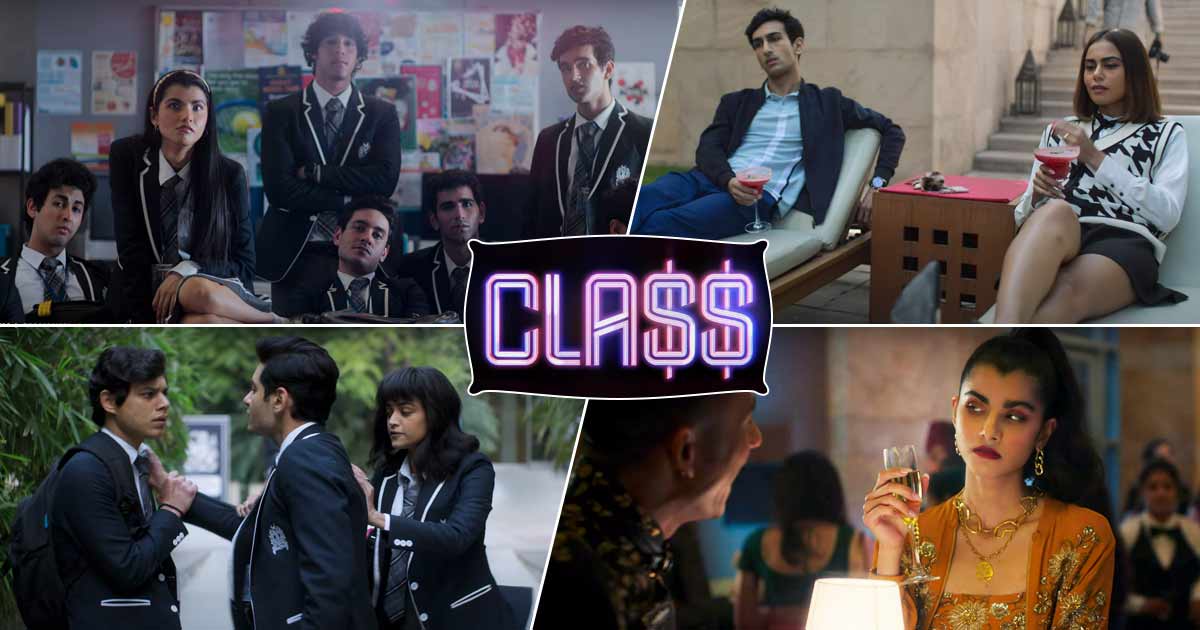 When the need to survive is high, emotions run rife and all rationality is corrupted; where even the slightest trigger can lead to a lapse in judgment, or even a crime! Joining the elite academy of students who have the world in the palm of their hands, are three scholarship students, from the other side of the track, with nothing to lose. What happens when these two stark worlds collide? Conflicts brew in the school, secrets deepen and everyone is a suspect.This February, it’s time to bring out your pen and paper to start taking notes, as Class is FINALLY in session!

The unmissable trailer of Netflix India’s young adult series is a classic example of the mishaps and mayhem that will unravel when everyone is under the same roof, paths intertwine, ideologies clash and sentiments run high at Hampton International. Like any emotional upheaval, chaos is right around the corner. But when there’s a murder in the mix, betrayals are rampant and no one’s who they say they are. After all, with clandestine relationships, come clandestine betrayals!

Adapted from the global hit Spanish series, Elite, Netflix’s Class gives all the feels of an engaging, edgy, coming-of-age thriller – a whodunnit like no other.

Excited about the launch of the trailer, director Ashim Ahluwalia said, “It was quite a task to adapt a show that has had enormous love globally, particularly because I wanted to rework its cinematic language and set it in New Delhi. I was keen to make something real and intense, something that charts the heightened emotions of teenage life. I also wanted to explore class, something we engage with daily but rarely see authentically depicted on screen.

He further added, “Set in a world where the elite have all that they could wish for, besides a clear conscience, and those less fortunate dangerously navigate their way through, Class is a wild and volatile affair between the two. I’m thankful to Netflix for supporting my particular vision for this show, and keeping the faith that we could make something truly unique and special. We’ve had a crew that’s worked tirelessly and an amazing fresh young cast – almost all new discoveries that are absolutely incredible on screen. I think it’s safe to say that we have a series here that’s unlike any other seen before in India.”

Even with words being spoken and vows being taken, promises are broken, friendships are forsaken and the students of this elite school seem to be in for a real spin!

Move over, high school dramas – Netflix’s ‘Class’ is all-set to turn up the heat this February!

Must Read:  When ‘Spider-Man’ Tom Holland Became A Doctor While Flying IRL Leaving One Of His Co-Travellers Thinking ‘Wow, This Kid Just Never Stops’

Heavy EV kerb weights cause for concern, says US safety board

Christie Brinkley, 68, Turns up the Heat With…