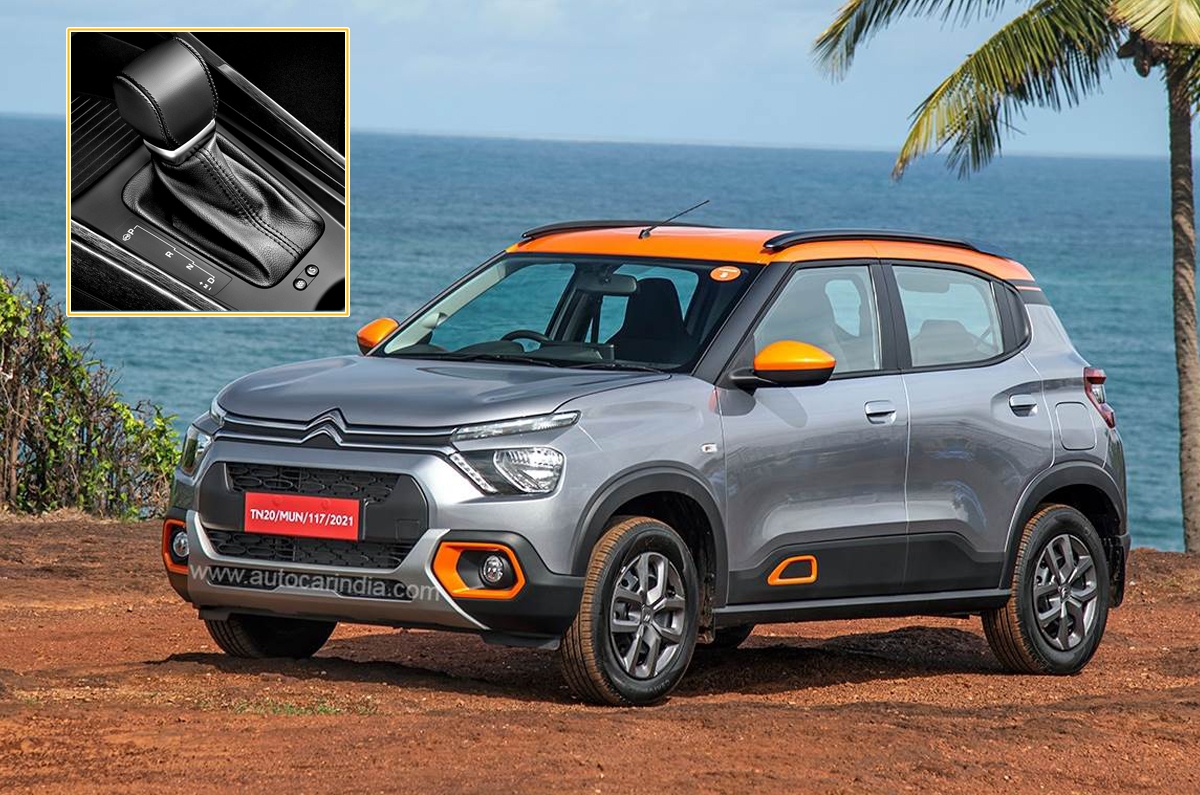 The Aisin-sourced gearbox should give it an edge in a segment filled with basic AMT automatics.

The Citroen C3, the sophomore offering from the French brand in India, was launched last month, and while you can read our full thoughts on the car here, a big miss at the time of launch was the option of an automatic gearbox. It was always promised that the auto ’box would come later, and now we know when, and what to expect.

The C3’s body style and design might give its positioning some ambiguity, but its pricing puts it firmly in the territory of mid-range hatchbacks like the Hyundai Grand i10 Nios, Maruti Suzuki Swift and Ignis, and sub-compact and entry-level SUVs like the Tata Punch and lower variants of the Nissan Magnite and Renault Kiger.

What’s common amongst all those vehicles is that they use an AMT or automated manual gearboxes, which are a more cost-effective solution to two-pedal driving. This helps keep the prices reasonable in these segments, but for the convenience it offers, an AMT is compromised in the speed and smoothness of its shifts.

The torque-converter automatic is what many consider the most traditional of auto gearboxes, and it is arguably the smoothest in the widest variety of driving situations. The 6-speed unit that Citroen will use for the C3 will be sourced from Japanese transmission maker Aisin, and is from the same family of gearboxes as the ones used in the Skoda Kushaq and Slavia, the Volkswagen Taigun and Virtus for their 1.0 TSI engines, and the MG Astor for its 1.3 turbo-petrol engine.

This will undoubtedly be more expensive than an AMT, but then parent company Stellantis (formerly Groupe PSA) has used the Aisin 6-speed AT in several Peugeot and Citroen models, including the European Citroen C3. Moreover, using a robust and smooth torque-converter auto fits in with Citroen India’s strategy for the C3 – not making any sacrifices on engineering and mechanicals, but saving costs elsewhere in the car.

Part of that strong mechanical package is the engine – or rather two versions of the 1.2 ‘Puretech’ 3-cylinder petrol engine. Currently in their second generation globally, Citroen India will launch the upgraded third-generation versions of the 82hp naturally aspirated and 110hp turbo engines in the second half of next year, likely alongside the introduction of the auto gearbox.

Power outputs and performance are expected to remain the same, but new electronics will likely lead to improvements in emissions and fuel economy. Moreover, while the engines are currently imported, Citroen India plans to heavily localise the new-generation versions when they are introduced.

While the Citroen C3 was lacking in a few areas when launched, the introduction of this premium automatic gearbox might just be what draws people back to the robustly engineered mid-range sub-compact SUV.

Will an upmarket 6-speed torque converter auto make you consider the Citroen C3? Let us know in the comments section.

Senior Gaza leader, 7 others killed in Israeli airstrikes on Gaza