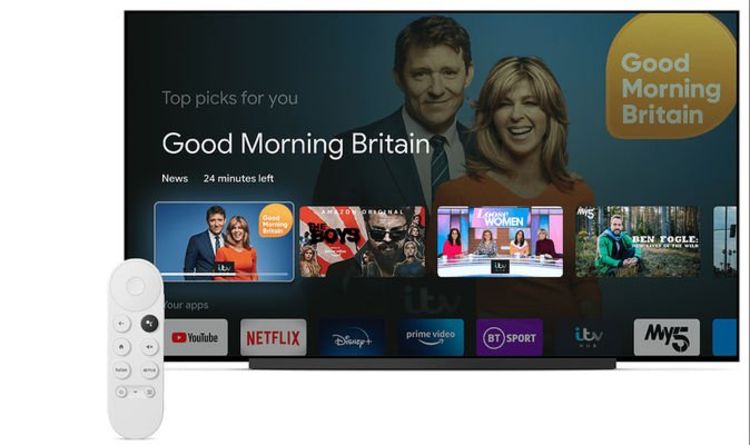 Google is upgrading the software for its Chromecast with Google TV streaming set-top box with a new feature that will fix one of the biggest annoyances for streamers. Chromecast owners will receive the new feature soon, without the need to update their gadget.

Google TV will finally allow users to remove television shows and movies from the Continue Watching queue. The idea behind this menu is to showcase the boxsets and movies you haven’t finished watching – so you can dive straight back in, without the need to hunt for each individual streaming service. However, if you started watching a movie – but decided it wasn’t for you – it would live on front-and-centre in the Continue Watching queue indefinitely. That can be incredibly annoying.

From the homescreen in Google TV, users will be able to select television shows and movies currently in the queue and remove them. Once removed, the content will no longer be shown, unless you begin watching it again.

It’s unclear exactly when the feature is going to be rolling out. Currently, some users are sharing photos of the new feature on social media, but others have not received the feature yet. It’s likely that the feature will roll out over the next few weeks. Google usually staggers the rollout of these blockbuster new features across the globe.

RBI Contemplating Pilot Launch of Digital Currency in Near…

The Sims 5 news, multiplayer rumors and everything we know…

It doesn’t matter which streaming services you’re signed up for, the new feature will work regardless. Google TV combines some of the most popular streaming services, including Apple TV+, Netflix, Prime Video, YouTube, and more. It’s worth noting that, although the content will disappear from the queue on this page, it won’t be removed from the Continue Watching section found inside the individual streaming service’s apps.

It’s also worth noting that Android TV, which predates Google TV and is still found on a number of streaming set-top boxes and Smart TVs, has had the function to remove content from your Continue Watching queue for some time now.

With the new feature adding a small, but useful, improvement to Google TV, it’ll be interesting to see where Google takes the software next.

The frequency of misattributed paternity in Sweden