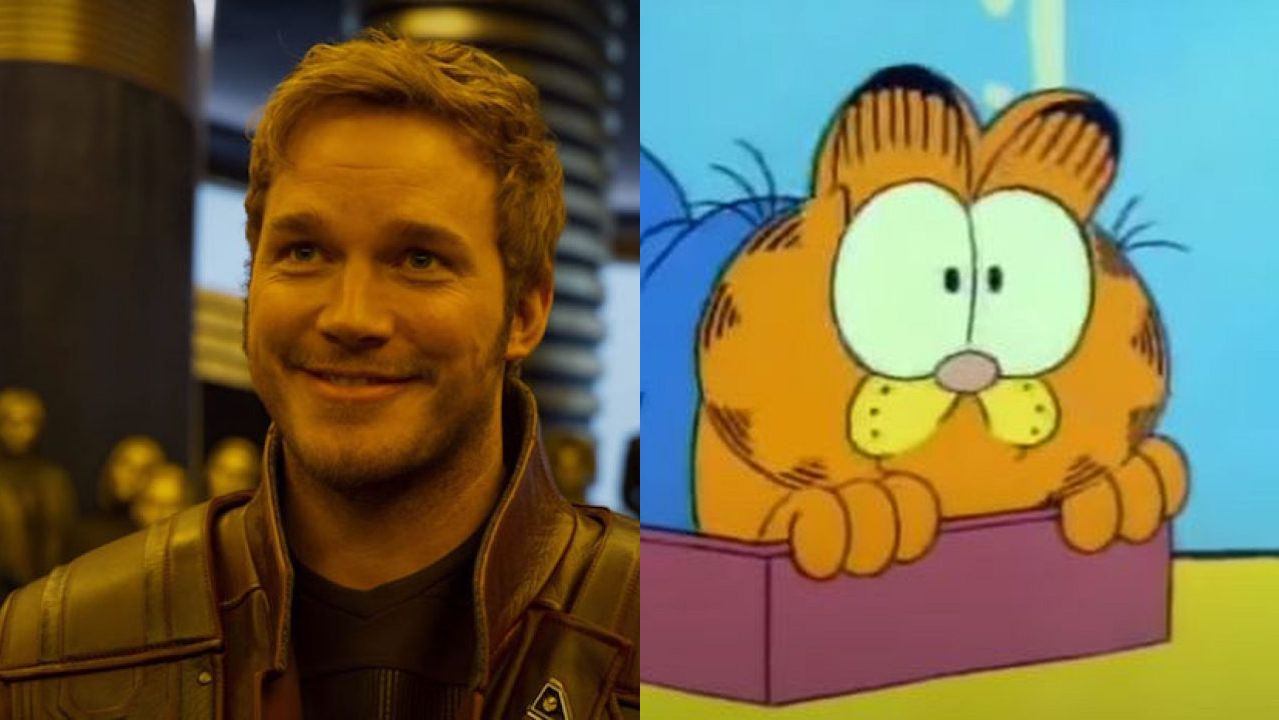 Chris Pratt is one of the biggest movie stars right now with major roles in both the Marvel Cinematic Universe and the Jurassic World franchise. However, Pratt is seemingly not happy with only owning the world of live-action adventure movies, as he’s also well on his way to taking over all major voice over roles. Pratt has previously seen voice over success with The Lego Movie and now he is deep in “research” for his planned role as Garfield the cat.

Chris Pratt dropped a note on Instagram on Monday, a day which Garfield the cat, and many normal humans, are not big fans, to announce that he’s been doing prep work for his role as Garfield, by, let’s hope he’s joking, eating a lot and then licking himself clean.  The text of the post reads…

The upcoming Garfield movie will reboot the franchise from the pair of films that starred Bill Murray back in the early 2000s. Those movies saw a CGI cat voiced by Murray surrounded by live-action humans. This new version will be entirely animated, and since it’s being directed by The Emperor’s New Groove’s Mark Dindal at the same studio that made the Fox movie Ron’s Gone Wrong, one assumes it will all look animated, rather than trying to go with a more life-like animation style.

This isn’t the only animation job that Chris Pratt has likely been doing research for, and it’s not even the only one that has had him eating pasta as part of his “research.” Pratt is also voicing Mario for a movie based on the Nintendo character for Illumination. Both voice over jobs were announced close together, and both were somewhat surprising announcements considering Pratt isn’t necessarily the first voice you would think of when you think of an Italian plumber from Brooklyn or a fat lazy cat.

We have yet to hear what Chris Pratt will sound like as Mario or Garfield, but the powers that be at Illumination are apparently excited by his Mario voice, so it’s certainly possible that Pratt’s performance could turn out to be great in both cases. Certainly, Chris Pratt wants fans to be excited, so he’s building up what we’re going to get as Garfield. Though it’s unclear how excited people are for a new Garfield movie in general.

The Weirdest Snow Mobile In The World: The Monarch Sno-Motor

Archana Gautam & MC Stan Get Trolled For Their…