Chris Jericho Keeps His Belt… Did He Lose a Friend? 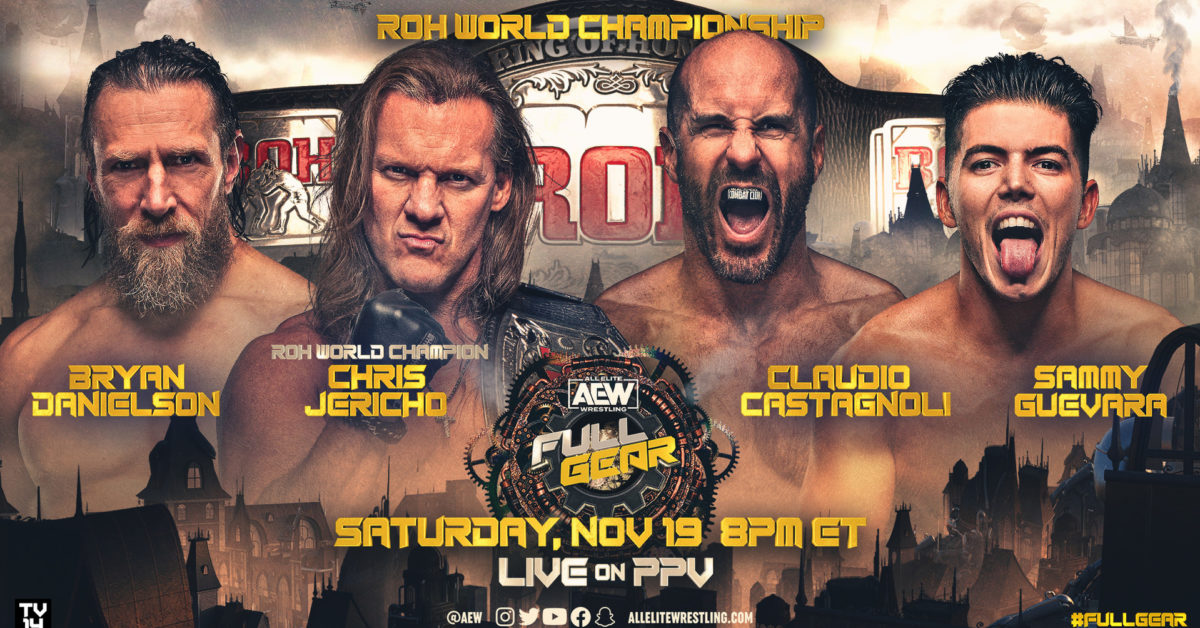 Chris Jericho retained the ROH Championship in a fatal four-way at Full Gear, but did it cost him his relationship with his protege, Sammy Guevara? Jericho faced Bryan Danielson, Claudio Castagnoli, and Sammy Guevara in the match, and he overcame all of them. But to do it, he first had to be betrayed by Guevara, and then he had to put him down. The drama is too much for The Chadster to handle! The Chadster doesn’t want to feel emotional about his wrestling. The Chadster wants his wrestling to be stable, predictable, and most of all, safe.

A lot of AEW fans complain about Tony Khan’s purchase of Ring of Honor, but it’s one thing The Chadster thinks Tony Khan did right. Yes, it’s true that WWE feels Tony Khan stole the ROH tape library from WWE by rightfully buying it, and yes, The Chadster disagrees with pretty much every single booking decision Tony Khan has ever mad, mostly because they are not being made by WWE. But when it comes to ROH, the introduction of the company without a television show has so thoroughly derailed AEW’s own wrestlers and storylines that it could well be the most damaging decision Tony Khan has ever made (after hiring CM Punk). So The Chadster hopes we get even more ROH on AEW TV starting next week!

Chris Jericho defended the ROH Championship against Bryan Danielson, Claudio Castagnoli, and Sammy Guevara. Though the match was divided along faction lines, it was a fatal four-way after all, which led to friction between teams. For Jericho, it was finally coming to blows with Sammy Guevara, who has been his sidekick pretty much since AEW started, when Jerich founded The Inner Circle. After the first time they came to blows, Sammy even pretended to make up with Jericho, only to betray him a second time. The Chadster feels that’s nothing less than exactly what Chris Jericho deserves. He stabbed Vince McMahon in the back, after all, when he signed with AEW, and stabbed Triple H in the back when he recently signed an extension.

For Danielson and Castagnoli, it was pure competition for the title that led them to fight each other.  This match epitomized the wrestling-first style of AEW, which frankly has no place in the wrestling business. For all of his talk, Chris Jericho really doesn’t understand the first thing about sports entertainment.

But Jericho did win the match and keep his belt, leaving all three men laying in the ring. What’s next for Sammy Guevara? Whatever it is, The Chadster is sure it will be carefully designed by Tony Khan to cheese The Chadster off, because Tony Khan is just so obsessed with The Chadster!