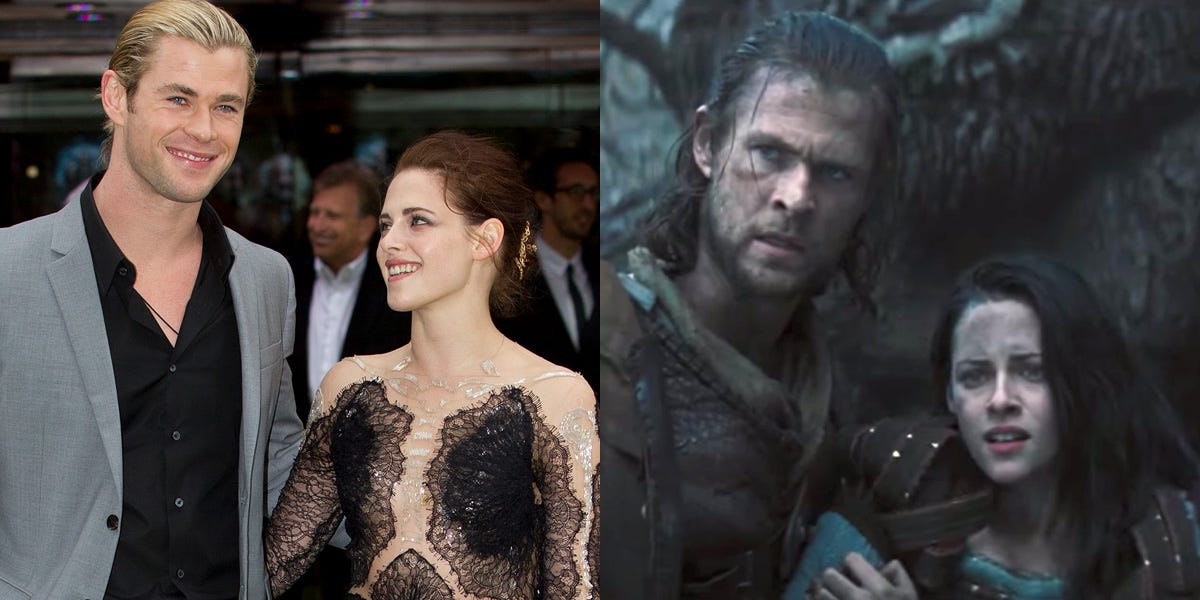 Chris Hemsworth said that “Snow White and the Huntsman” costar Kristen Stewart apologized immediately after accidentally punching him in the face while filming a scene for the 2012 movie.

“I was more upset she didn’t continue on through the take,” Hemsworth said while discussing his acting career in a new video for GQ.

He continued: “She kind of hit me and immediately went, ‘Oh my god! I’m so sorry.’ I was like ‘That would’ve been the perfect, most truthful take we had.’ I think she was more upset than I was.”

Hemsworth and Stewart starred as the titular characters in the film, which was a darker take on the classic German fairy tale about Snow White. Hemsworth’s huntsman character helped Snow White escape Ravenna (Charlize Theron), a sorceress and evil stepmother of the protagonist.

The two actors previously spoke about Stewart’s punch while promoting the film.

During an appearance on “The Tonight Show With Jay Leno,” Stewart recalled making “such a sound” when her hand made contact with Hemsworth’s face.

“I mean, it literally spun him right around,” she said. “It was crazy.”

The “Twilight” alum said that she was supposed to slightly miss his face while filming, but she “basically knocked him right out of his close-up.”

In another interview with Moviephone’s “Unscripted,” Hemsworth said that with each take, he “could feel her knuckles getting closer and closer to the end of my nose.”

“It skimmed my nose and I thought, ‘This is going to hurt,” he added.

“He was really intimidated because he didn’t say anything to me,” Stewart said.

“I was just in the zone, I guess,” Hemsworth replied. “It was a right hook to the side of my nose. I was like, ‘Is it bad?’ And everyone [gasped]. I thought it broke, for sure. Rivers of blood.”

Colin Cowherd believes there are very few superstars in the NBA, says 3x All-Star is just a star

San Pablo man dies after saving his son from drowning at…

What Is Scromiting, or Cannabinoid Hyperemesis Syndrome?

Apple Maps could get a feature that Google Maps…