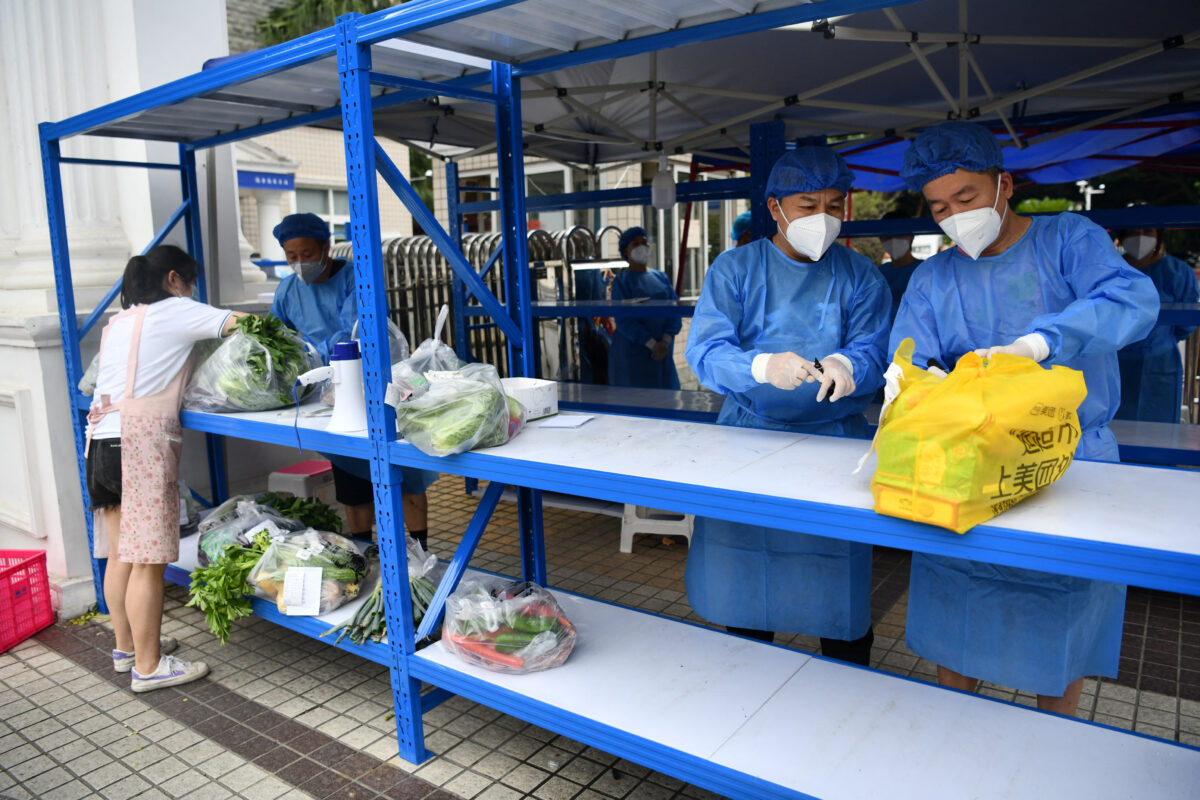 Shenzhen, which went into a weekend lockdown on Saturday, announced a new round of COVID-19 testing.

Separately, Chengdu, which placed its 21 million people under lockdown on Thursday, said the city will conduct more mass testing from Monday to Wednesday.

China is sticking to its stringent zero-COVID policy, even as most other countries have relaxed restrictions and chosen to live with virus. As a result, fresh outbreaks have become a major risk to the country.

Currently, 33 cities are under partial or full lockdowns, affecting more than 65 million residents, according to an estimate by Chinese financial magazine Caixin.

In Shenzen, a city of 18 million people, an official said the risks were still considerable.

The actual number of COVID-19 cases may be much higher. China’s COVID-19 data is difficult to verify, as the Chinese regime routinely suppresses or alters information.

Based on the results of the weekend testing, Shenzhen will classify its areas into three categories, reflecting low, medium, and high risk of infection, Lin said.

In areas deemed low risk, the city will remove restrictions that confined much of its population to residential compounds over the weekend, though lockdowns will remain in place in ‘high’ and ‘medium’ risk neighbourhoods.

In areas where infections were found, temporary restrictions would be prolonged for three days.

Major districts of Futian, Nanshan, and Longhua said that entertainment centers like cinemas and KTVS would remain closed, and restaurants would allow dining in at half capacity.

The Nanyuan neighborhood of the Futian District will continue to be treated as a medium-risk area due to the relatively high number of positive cases detected, Lin said.

Even in two areas where life is allowed to come back to normal—Xinjin District and Qionglai City— indoor dining will continued to be banned, while public activities such as conferences and performances will be strictly restricted.