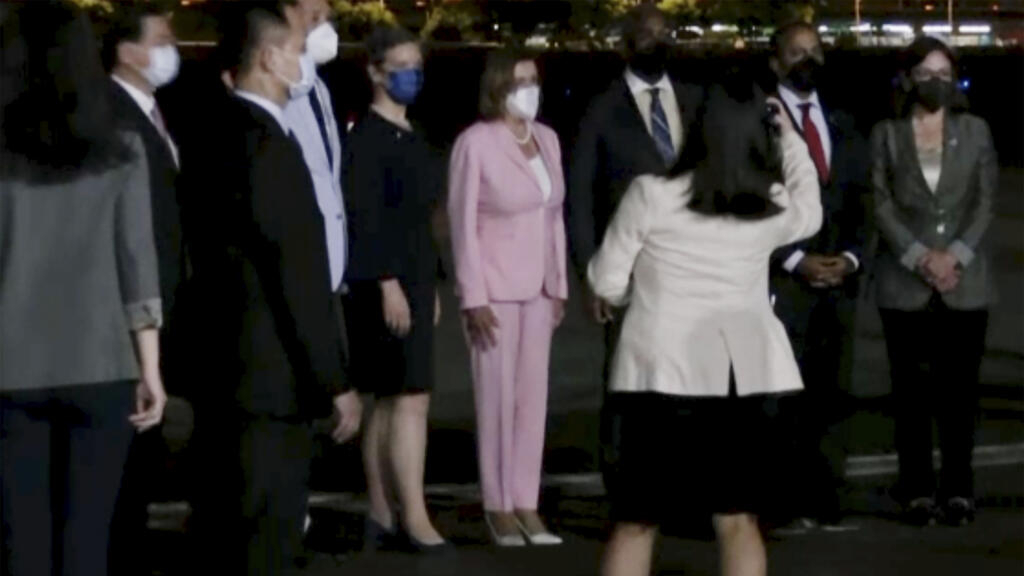 House of Representatives Speaker Nancy Pelosi arrived in Taiwan on Tuesday with a clear message for China, saying the US commitment to a democratic Taiwan is more important than ever, as China’s defence ministry announced in response that its military was put on high alert and will launch “targeted military operations”.

In a visit that drew immediate condemnation from Beijing, Pelosi became the first official visit to Taiwan by a speaker of the House in 25 years.

She added that the visit by her congressional delegation, which includes an overnight stay, was completely in line with longstanding US policy on Taiwan.

Discussions with Taiwanese leadership will focus on shared interests including advancing a free and open Indo-Pacific, Pelosi said.

“America’s solidarity with the 23 million people of Taiwan is more important today than ever, as the world faces a choice between autocracy and democracy,” Pelosi said in the statement, issued as China condemned her visit and said it would badly damage Sino-US relations.

In a Washington Post opinion piece released shortly after she landed, Pelosi slammed the Chinese Communist Party’s “brutal crackdown” against “political freedoms and human rights” in Hong Kong as well as Tibet. She went on to say that “Beijing is perpetrating genocide” against Uyghur Muslims and other minorities in Xinjiang.

Pelosi also outlined her reasons for visiting, praising Taiwan’s commitment to democratic government while criticizing China as having dramatically increased tensions with Taiwan in recent years.

“In the face of the Chinese Communist Party’s (CCP) accelerating aggression, our congressional delegation’s visit should be seen as an unequivocal statement that America stands with Taiwan,” Pelosi wrote.

China immediately condemned Pelosi’s visit, with the foreign ministry saying it seriously damages peace and stability in the Taiwan Strait, “has a severe impact on the political foundation of China-U.S. relations, and seriously infringes upon China’s sovereignty and territorial integrity”.

The ministry said it had lodged a strong protest with the United States.

Chinese warplanes buzzed the line dividing the Taiwan Strait on Tuesday before her arrival, and Chinese state media said People’s Liberation Army would hold exercises near Taiwan from Thursday through Sunday.

As of Tuesday evening, the Chinese military has been put on high alert and will launch “targeted military operations” in response to Pelosi’s visit to Taiwan, China’s defence ministry said.

‘Unequivocal’ Evidence that Humans Cause Climate Change, Contrary to Posts of Old Video

Entering Sandman: All You Need to Know About Neil Gaiman’s Classic