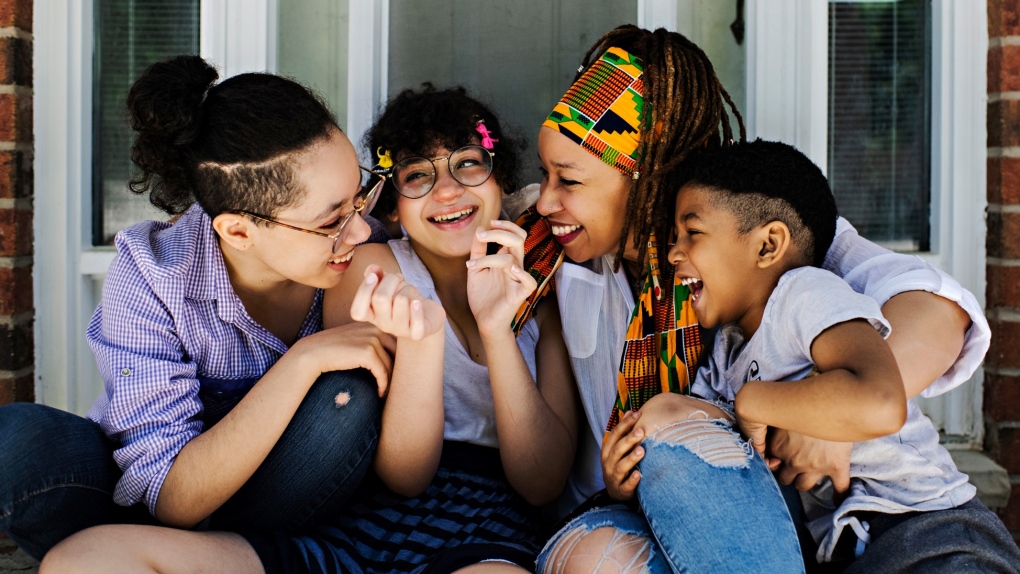 For Laura Mae Lindo, it was a difficult decision to resign her seat in the Ontario legislature, but she doesn’t have any difficulty in pointing to what she sees as the issue at the core of her departure.

A lack of childcare support in Ontario.

On Wednesday, Lindo announced on Twitter she would be taking a position at the University of Waterloo as of July — seven months after constituents re-elected her as the Member of Provincial Parliament (MPP) for Kitchener Centre on June 2.

Queen’s Park can bring a number of challenges for those who roam its halls and chambers.

Being a single-mother of three brings its own unique obstacles to the equation.

Lindo says the cost of childcare has become a significant hurdle when it comes to attending legislative sessions and duties in Ontario’s capital.

A 2020 study by the Canadian Centre for Policy Alternatives shows the average daycare costs in Toronto are $21,888 a year. Kitchener came in sixth on the list, with monthly median infant fees costing $1,389, following a number of Greater Toronto Area communities.

It’s an issue Lindo says was being worked on by legislators — without a satisfactory resolution.

“We had come close to being able to move the system, which is why my name was on the ballot again this past election,” said Lindo. “It was shortly after I was elected that it was made very clear that whatever the financial ramifications were of this final version of childcare support, the impact of it would be mine to bare.”

Retired political science professor with the University of Waterloo, Peter Woolstencroft, agrees there are barriers to young mothers serving in politics — including childcare.

“It is a barrier,” said Woolstencroft. “I know many women in politics who have said to me, ‘I could not do what I am doing unless my husband was able to arrange his life to accommodate our responsibilities.’”

Asked whether Lindo’s resignation would spark change at Queen’s Park, he responsed:

“I think it should, and it is the case in 2023 that childcare falls primarily on the mother rather than the father,” said Woolstencroft. “It falls uneven and it is what I call a structural barrier.”

“Lots of men could run for office regardless of the commitments to their female partner to the deal, but not as many women can run for political office without the male partner being 100 per cent committed to the deal.”

Lindo points to the issue as a systemic one which requires a solution in order to attract a wider array of candidates to better reflect Canadian society.

The Ontario government is moving forward to address childcare costs as part of the federal government’s push toward a system of universal childcare.

A total of $13.2 billion over six years will come from Ottawa as part of the Canada-wide Early Learning and Child Care (CWELCC) system which will see 53,000 new and affordable licenced childcare spaces open in the province with reduced costs to about $10 a day by September 2025.

As part of the deal, the province has promised the creation of about 86,000 new, high-quality childcare spaces for children five years old and younger.

The province says rebates began in May.

About 92 per cent of Ontario’s existing licensed child-care sites have opted into the CWELCC system.

According to a May 2022 report by the Canadian Centre for Policy Alternatives, Kitchener is one of five cities expected to achieve federal fee reduction targets in 2022.

The report shows Toronto’s projected monthly median infant fees in 2022 were $974, to top the list. Kitchener comes in 12th on the list at $627.

Projected toddler fees are $807 in Toronto and $570 in Kitchener, while projected preschool-aged fees see Calgary top the list at $700, followed by Toronto in second at $650 with Kitchener in the middle of the pack at $536.

Lindo will be joining the Department of Philosophy at the University of Waterloo in July, after she says university leadership approached her about the role.

“I come from an academic background, so this kind of work is always something that I’m interested in,” said Lindo.

Lindo says she interviewed for the position in May.

“I’m rather nervous,” said Lindo. “I’m most excited about being able to teach out everything that I’ve learned about the systems since I’ve been an elected member.”

Lindo will also be involved with the university’s Gender and Social Justice Department, part of the philosophy department.

While Lindo will be working in academia, her advocacy work won’t end despite her political departure.

Premier Doug Ford has six months following the vacating of Lindo’s seat to call a by-election in Kitchener Centre.

In the interim, the office will continue to tend to constituency concerns.

Woolstencroft sees the upcoming by-election as one to watch and an interesting barometer of the political climate as each of the current main parties has won the seat previously, while the riding is currently held federally by the Green Party’s Mike Morrice.

“Each party’s strategist will be sitting down in those famous smoky rooms saying, ‘Well, this is our path to victory,’” said Woolstencroft.

Lindo’s leaving means New Democrats now have a second seat to fight to keep orange, following the resignation of former leader Andrea Horwath in Hamilton Centre. The by-election has yet to be called there.

“The NDP’s vulnerable because they don’t want to lose two seats,” said Woolstencroft.

As far as Lindo is concerned, she will remain a backer of the NDP and stresses she hasn’t left because of a lack of belief in the party’s political potency.

“I would argue there is tension in politics in general,” said Lindo. “I’m excited to see who puts their name forward.”

Lindo serves as an opposition critic for Anti-Racism and Colleges and Universities and won her seat in 2022 with 41 per cent of the vote.

Your South African retirement savings and their tax implications