Cheetahs from South Africa go to parks in India, Mozambique 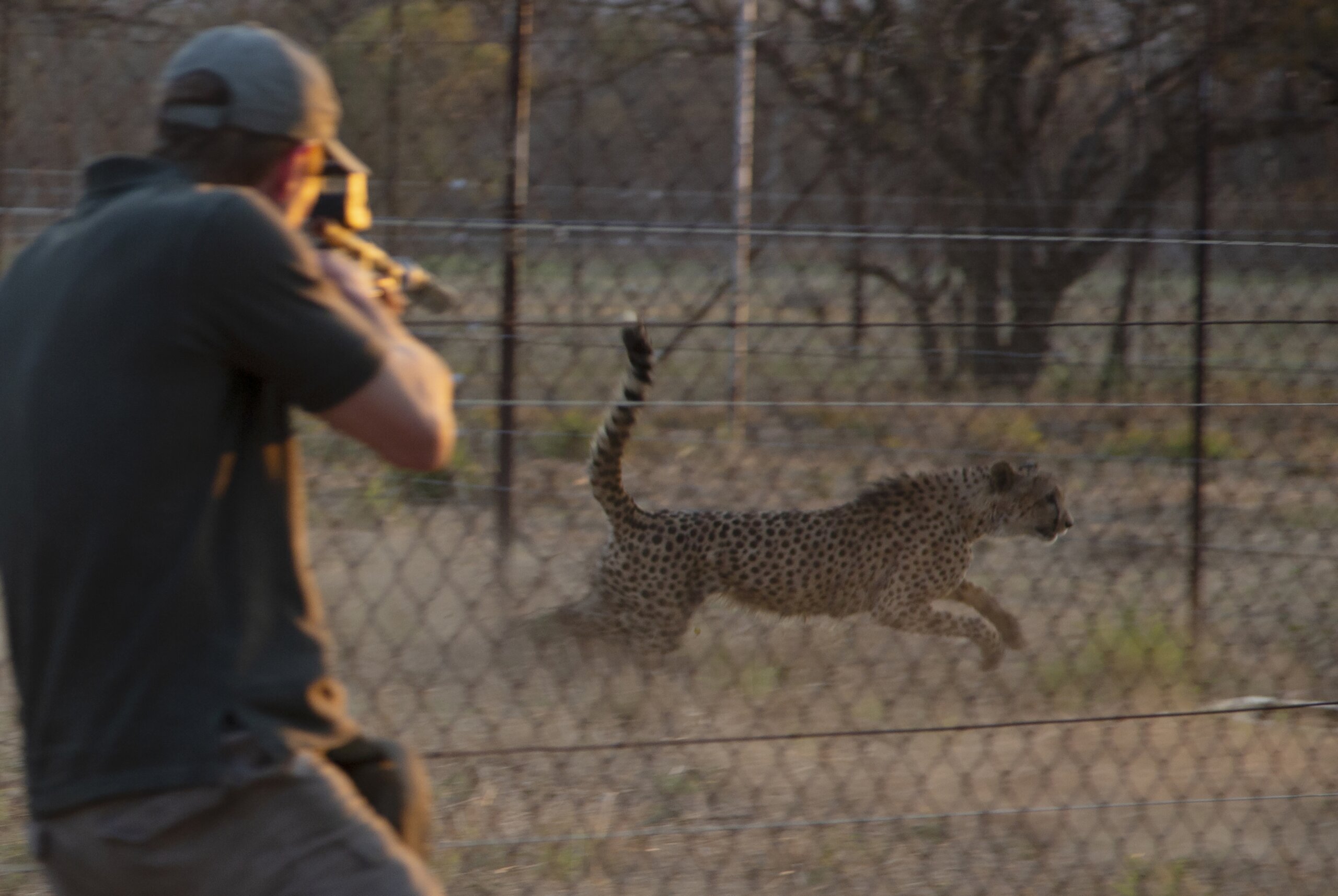 South Africa is flying cheetahs to India and Mozambique as part of ambitious efforts to reintroduce the distinctively spotted cats in regions where their population has dwindled.

BELA-BELA, South Africa (AP) — South Africa is flying cheetahs to India and Mozambique as part of ambitious efforts to reintroduce the distinctively spotted cats in regions where their population has dwindled.

Four cheetahs captured at reserves in South Africa have been flown to Mozambique this week after being held in quarantine for about a month and cleared for travel. Conservationists are preparing to fly 12 more cheetahs, reputed to be the world’s fastest land mammals, to India in October.

Speaking to The Associated Press shortly after those going to Mozambique were tranquilized and placed into crates, wildlife veterinarian Andy Frasier said the relocations are tough for the animals.

“It’s a very stressful process for the cats to be in a boma (livestock enclosure) environment because they have nowhere to go whilst we are darting them,” said Frasier of shooting the cats with darts of tranquilizers.

“We need to use our drug doses very carefully and make sure that we give them enough drugs to anesthetize them safely,” he said.

“They have woken up nicely in their crates and they are all relaxed enough that we are happy for them to leave in their transport,” he said.

Frasier said the team is preparing for the larger and more challenging relocation of cheetahs to India which will require the cats to travel a much longer distance with stops in commercial airports.

Those cheetahs would be treated with a tranquilizer that lasts for three to five days during their travel, he said.

There are two subspecies of cheetahs. Those that once roamed in Asia were declared extinct in India in 1952 and are now found only in Iran. Since then there have been efforts to reintroduce these cats to India’s savannahs. Initially the plan was to bring in cheetahs from Iran but now they are being moved from southern African countries.

In this restocking effort, Namibia is contributing eight cheetahs which will be flown to India this month, according to Vincent van der Merwe, manager of the Cheetah Metapopulation Initiative. South Africa will send an additional 12 cheetahs to India in October, he said.

“For a genetically viable population in India in the long-term you need at least 500 individuals, so every year we will send eight to 12 animals, to top them up, to increase numbers, to bring in new genetics until they have a viable population,” said van der Merwe.

Indian officials say the move will aid global cheetah conservation efforts since their range in Africa is limited. The plan is for the cats to be kept in large enclosures in central Indian forests, protected from other predators like leopards or bears, to give them time to get used to their new home. The enclosures have prey — like deer and antelope — which scientists hope the cheetahs will hunt. After a few months of close monitoring, the cheetahs will be radio-collared and released.

The southern African countries of South Africa, Zambia, Namibia and Zimbabwe still have significant cheetah populations and are expected to play a significant role in their reintroduction in India following the first shipments this year.

South Africa’s cheetah population is expanding at a rate of about 8% annually, allowing the country to move about 30 of the cats to other game reserves within South Africa and to export some to other countries, van der Merwe said.

Conservationists say Mozambique’s Zambezi River delta had a significant cheetah population which was drastically reduced by rampant poaching and because lions and leopards preyed upon the smaller cats.

In this week’s operation the two male and two female adult cheetahs were tranquilized in South Africa’s northern Limpopo province and then were flown to Mozambique’s Marromeu National Reserve in the Zambezi delta region.

Top and Most Expensive States To Buy And Run A Car

Get Stoked for Jack Johnson’s Doubleheader at the Santa…