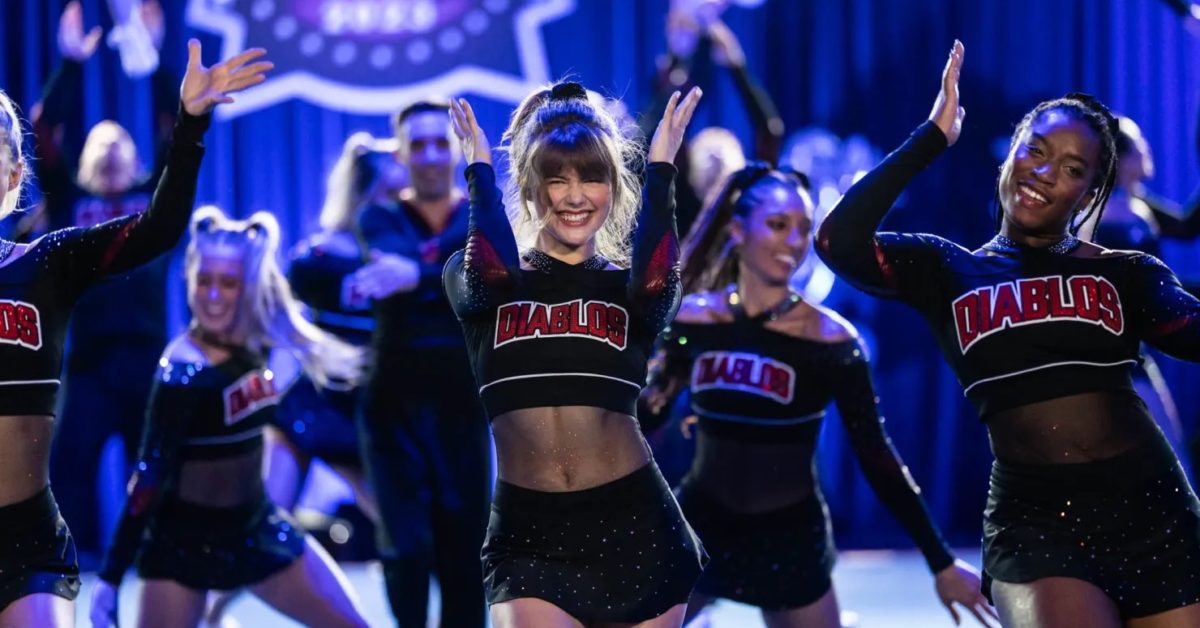 Bring It On: Cheer Or Die is releasing on SYFY this fall, though we don’t have a release date or trailer yet. Missi Pyle (“Y: The Last Man,” “Dirty John”), Kerri Medders (“Panic,” “SEAL Team”), and Tiera Skovbye (Midnight Sun, “Riverdale”) will star in the SYFY film, with Karen Lam (SYFY’s “Ghost Wars” & “Van Helsing”) directing. The film will debut on SYFY and non-theatrical platforms in the fall of 2022. The film is written by Rebekah McKendry (All the Creatures Were Stirring) and Dana Schwartz (“She-Hulk”) from a story by Alyson Fouse (Bring It On: Fight to the Finish), executive produced by Beacon Pictures partners Armyan Bernstein and Charlie Lyons, produced by Griff Furst (You Might be the Killer), and co-produced by Tony Gonzalez (Bring It On franchise) and C. Eve Stewart (Tales from the Hood 3). Tony Gonzalez also returns as the choreographer. New images from the film were revealed this morning.

There Have To Be Bring It On Cameos, Right?

“We are excited to team up with SYFY to continue this ever-popular franchise with an all-new installment from renowned filmmaker Karen Lam, the very first female director of the movie series,” said Glenn Ross, general manager and executive vice president of Universal 1440 Entertainment. “Featuring a fresh take on the franchise’s historically comedic films, this next chapter showcases a multi-talented diverse cast and will entertain long-time Bring It On movie fans as well as open the doors to the legion of fans who enjoy thrillers.”

“Held down by restrictive rules, an embattled cheerleading squad seeks the freedom of a creepy, closed school gym to practice for regionals, but when members of the squad start to disappear, the cheerleaders must unmask their assailant to save themselves.” Obviously, the way to do this is as a slasher, which seems to be the way they are going from the synopsis. I guess the only question is: could they possibly lure back any of those stars from the first film back for a cameo of sorts? Kristen Dunst could be the killer or something; that would be kind of neat. Let’s keep our fingers crossed.

Stock market strategy: Know when to sell and when to continue holding the stock!