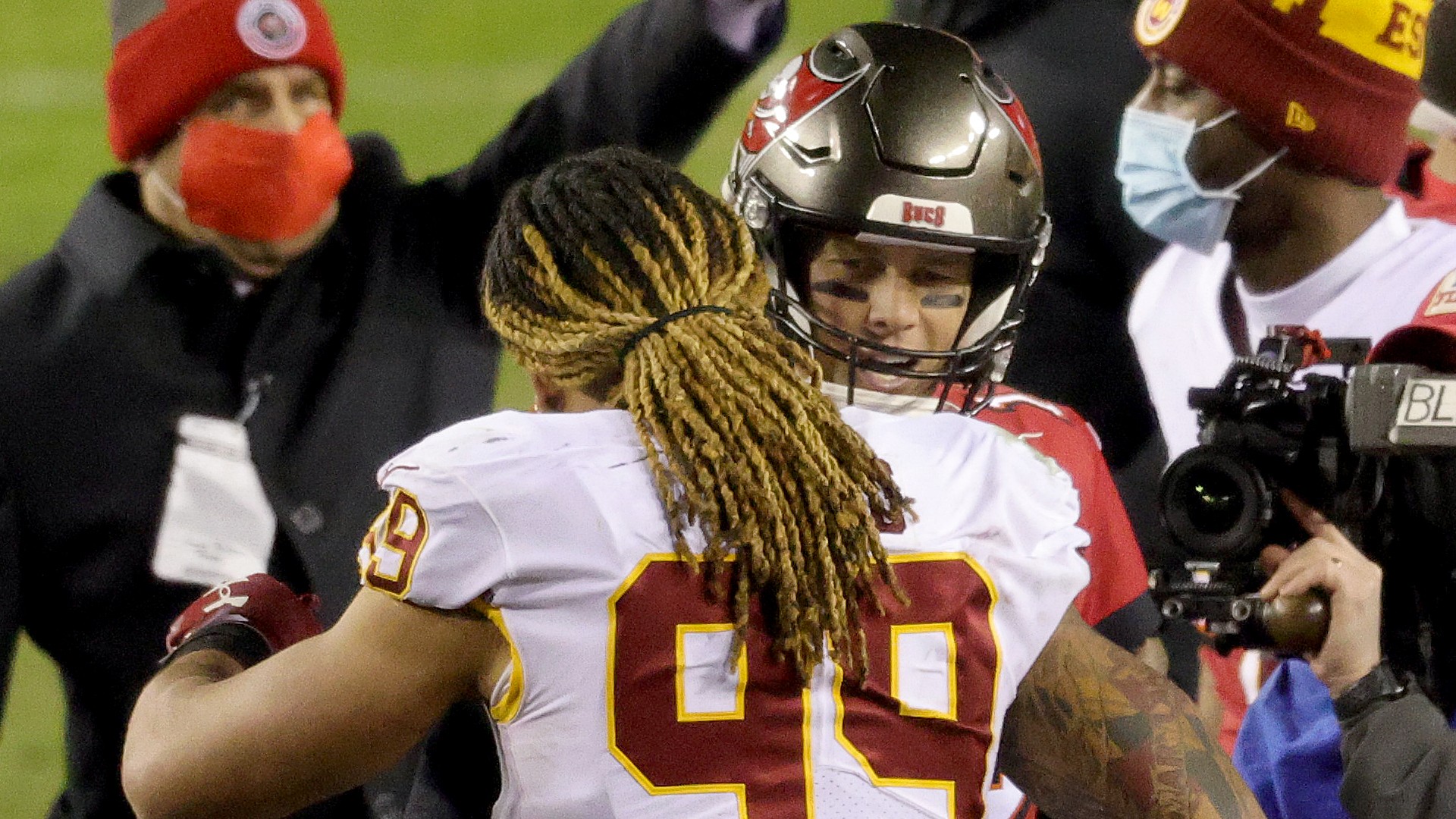 Brady led the Bucs to a 31-23 win over the Washington Football Team on Saturday night, throwing for 381 yards and two touchdowns in the wild-card game. Young, who had 7.5 sacks in his first NFL season, totaled three tackles in the loss but failed to take down Brady or even register a quarterback hit on the six-time Super Bowl champion.

Give credit to Tampa Bay tackle Donovan Smith for keeping Young away from Brady, who should probably buy Smith a dinner for the excellent protection.

The light trash talk made for an interesting storyline, but there was nothing but respect shared between Brady and Young when they met after the game. In fact, Young has such a high opinion of Brady that he couldn’t leave the field without asking the 43-year-old for a souvenir.

“You the real GOAT. I need something from you, though,” Young said. “I need this [jersey] off of you.”

Smooth move, rookie. That one will be hanging up on the wall for quite some time.

The Buccaneers will next face the Saints in the divisional round. New Orleans can attack Brady with talented pass rushers in Trey Hendrickson and Cameron Jordan, so the 43-year-old will need that offensive line to hold up again if Tampa Bay wants to advance to the AFC championship game.